Social Media Censorship, Liberty of Conscience, and the Fall of Man - Breakpoint
What makes the Church essential? Click here to learn more.
Skip to content 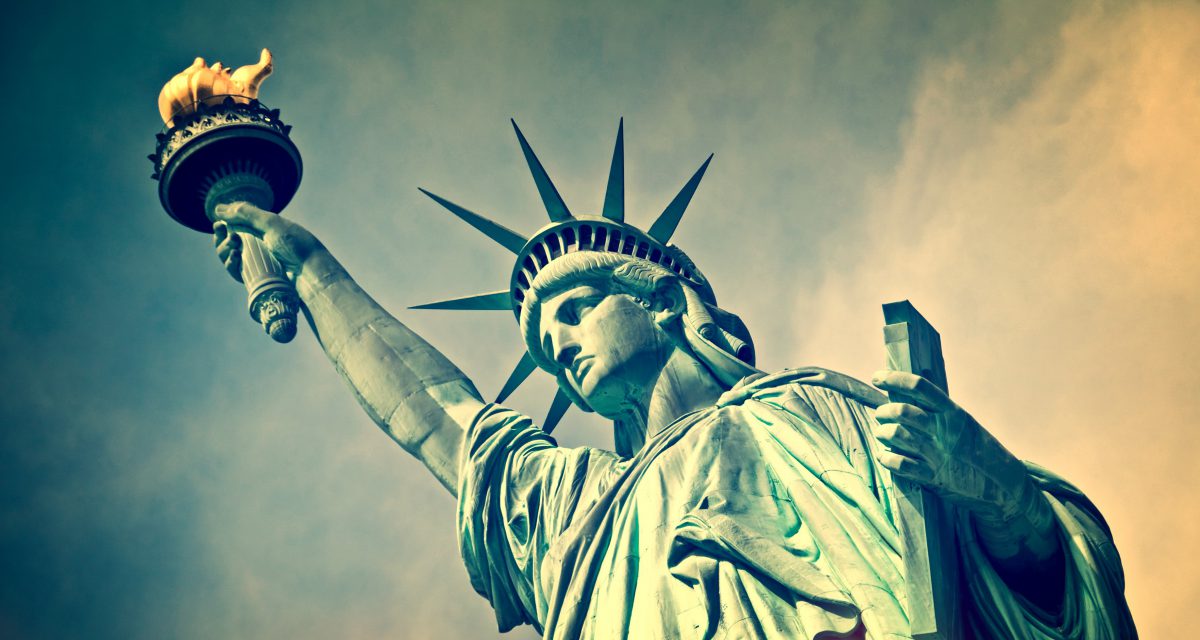 
Social Media Censorship, Liberty of Conscience, and the Fall of Man

“In breaking news, it turns out that water is wet.”

That’s kind of what it feels like to hear that Snopes.com has said articles on The Babylon Bee are “fake news.” Why would a fact-checking site find it necessary to debunk an online magazine that is openly satirical? Will they next take on the chronological inaccuracies of Mel Brooks’ “History of the World: Part One”?

It’s tempting to write this off as another example of America’s ongoing culture wars, but there are serious issues at stake. As David French has helpfully and humorously pointed out, this attempt to play referee while rooting for one side does not instill confidence in the factual nature of Snopes’s fact-checking integrity. More than this, we’ve seen time and again how social media giants try to rein in unorthodox worldviews on the justification of fighting “hate speech.”

There have been times when this may be more conservative paranoia than progressive tyranny, but just because you’re paranoid, it doesn’t mean they aren’t out to get you. Just this week, Apple News has banned LifeSite from its platform because of its supposed intolerance to others. Transgressing the doctrines of contemporary morality is unacceptable in our tolerant age.

Few of us take issue with the banning of websites from terrorists and whatnot, but we’re not too keen on our corporate keepers silencing people simply because they differ from progressivism’s morality du jour. The sickness in this Imperium of Wokeness is that the guardians of the realm lack the philosophical tools to distinguish the legitimately harmful from legitimate dissent. This isn’t surprising as for much of progressive culture, disagreement is bigotry. As fun as it is to pick at them for this, we have to ask ourselves, would we do any better?

On the one hand, there’s little seen as more un-American by all concerned than government or corporate agents telling us what and who to listen to. But, then again, we’re always ready with a list of what ideas we’d prefer didn’t have a platform. We may not go so far as to call the police anytime we hear something we don’t like, but finding a way to put our opponents at a rhetorical disadvantage suits us just fine.

Put so stridently, this comes off as hypocritical, and sometimes it is. We’ll lean on influential people in hopes that they’ll silence unwelcome thoughts from the public square, but we’ll wail if the “other side” does the same. But it really needn’t be inconsistent. There’s a reasonable way to prize our precious freedoms while granting that there are moments when our liberty to do and say what we want may not be the best thing after all.

Think of the proverbial example of yelling “Fire!” in a crowded theater. Barring actual flames, this is banned since such a false report could induce a very real panic and very real destruction. From this hypothetical scenario, we build the logical case for non-hypocritical censorship within the bounds of liberty. All else being equal, it is only speech that, in and of itself, poses an immediate and, normally, physical danger to others that can be legally limited, and then only by time and place.

Even this we extend further still, from time to time. You can be arrested for calling for another’s death, even if the threat isn’t strictly speaking immediate. You could also find yourself in legal trouble for sharing inappropriate material with a minor, even if the danger, at that moment, is not physical. So far as it goes, most Americans are on board with restrictions of this sort, and with good reason. It gets a little more complicated when we move from such physical dangers, matters clearly regulated by the state, to more ideological issues, put forward on platforms overseen by private entities.

As noted above, and I’ve written about before, there is an increasing trend for social media venues such as Facebook, Twitter, and YouTube, to interpose themselves into socio-political debates by playing the roles of policeman, judge, and jury to decide what is and is not appropriate content for the public to consume. And, as we’ve noted before here at BreakPoint, these efforts have been of greater or lesser value. There’s little cause to shed tears over Alex Jones losing his megaphone, but Live Action losing its voice on Pinterest (on a charge of pornography, of all things!) was patently absurd.

Now there are some who would put both of these cases in the same boat, arguing that since social media platforms are public forums, it is a de facto First Amendment issue whenever such a monopoly privileges its favorite progressive causes over other, less-hip alternatives. This is not a crazy contention, but it’s also not a simple one. The legal distinction between “big-and-mean” corporation and “mom-and-pop” business is not always as clean as we’d like.

Let us say that, despite its private-entity status, Facebook is required to provide a place for the Alex Joneses of the world to ply their trade. What then is to keep smaller organizations from feeling the pressure to share what they find objectionable? Can I make you post my article on your personal website? If I insist that a non-government group give equal time to my ideas despite that group’s unwillingness, shouldn’t I then worry that I could be coerced into encouraging a belief that repulses me?

If we are going to insist, as I firmly believe we should, that Muslims shouldn’t have to cook pork, Jews oughtn’t be forced to print antisemitism, and Christians can’t be coerced to facilitate a gay wedding, we have to do more than practice special pleading; it’s got to be a universal, humanistic-based liberty. What is more, we have to come up with better reasons for defending our rights, because the voices coming from our post-truth age aren’t enough. We must work for a principled pluralism that doesn’t pretend that all ideas are equally valid but also doesn’t put too much trust in an elite to determine what’s true.

The simple fact is that we disagree with one another, and these disagreements involve not only peripheral issues, which can be ignored or “tolerated,” but first principles that define us to a mutually exclusive degree. If we are going to keep going as a society and spend time somewhere but the courtroom in endless litigation, we must find a way to live together even though we disagree in fundamental ways. We must insist on a moral and intellectual foundation that recognizes the rights of individuals to live according to their consciences and does not unduly impede the free exchange of ideas that is vital to human flourishing.

Unfortunately, we’re not getting much help from some of the loudest voices in our culture. While they speak in opposite tones, they share the same failed understanding of human nature. Specifically, neither side sufficiently appreciates the implications of Eden’s Fall. While one puts its trust in the common wisdom of humanity and the other in a privileged elite, both assume that the goodness of mankind will ensure that rhetorical justice prevails. By underestimating the extent of sin in this world, their programs can end only in a power-struggle and a fight for survival of the fittest.

You’ve got the anarcho-libertarians out there who can’t countenance the slightest restriction on any speech whatsoever. With absolute confidence in the relativizing power of the marketplace of ideas, they assume that people will naturally gravitate towards better beliefs, like some kind of ideological incarnation of natural selection. As bright a future as such a faith foretells, there’s little in human history to suggest that our fellow man is prone towards excellence as a matter of course. The same venues which many rightly see as the public square for an electronic world provide shelter for the genuinely harmful groups which would threaten those same liberties.

Then, you’ve got the denizens of the Woketacracy, the gatekeepers of social media and arbiters of our global discourse. Like tribunes of the people for the internet age, they see themselves as guardians of the collective good, making sure than no unwholesome thought enters the public consciousness. These progressives commit the regressive error of thinking that offensive speech is not protected, missing the point that it is only speech that offends that has any need of protection. The danger of what Senator Tom Cotton called “woke capital” is no idle threat. Far too comfortable in their own estimation of what is best for all of society, when partnered with allies in the political realm, these well-intentioned masters can be just as oppressive as any fully state-run tyrant.

The search for a pluralist society, one where people’s beliefs are respected with no expectation that all these beliefs will coincide, cannot be built on our postmodern understanding of either truth or humanity. It must instead be built on what we might call a Christian humanism, a belief in the dignity of human beings as made in the image of God, yet with a health awareness of their post-Eden frailty. While this emphasizes the importance and value of each human person, and therefore insists on the freedom of speech, it also recognizes that, on account of the Fall, no elite, either of the state or of corporate interests, can be an enlightened despot to act as a fair arbiter of truth in this world. For the same reason, a free-for-all attitude merely side-steps the reality that just because a thing can be said, it does not follow that it should be said.

First, we can take a good look in the mirror. Beginning with ourselves, we need to make sure that we are adamant about the Christian humanist need for liberty for the good of all, whether it’s our voice being challenged or that of someone we oppose. Second, we can get creative. We can work with others to facilitate new venues where people can speak and argue and exhort, and, by this, prevent having too many eggs in the monopolistic baskets of the social media powers that be. Finally, we must live out the Christian Worldview. We can make our case strongly in the public square that the free exchange of ideas is necessary for the maintenance of a free society, but, since there are ideas which are genuinely harmful, we must use our own voices to speak out against them.

In this duel between censorship and libertinism, Christianity has the chance to reclaim the message of humanism as the basis for pluralism. Not the humanism of secular humanism which offered no guiding light to discern one truth from another, but Christian humanism, rooted in the realities of the Christian Worldview. By proclaiming and, better yet, living out the biblical understanding of human nature, the Church can provide the philosophical basis for a practical pluralism.