Marriage, Children, and the End of Life
Join us in helping to equip and renew the Church with a Christian worldview by giving before our fiscal-year ends!
Skip to content 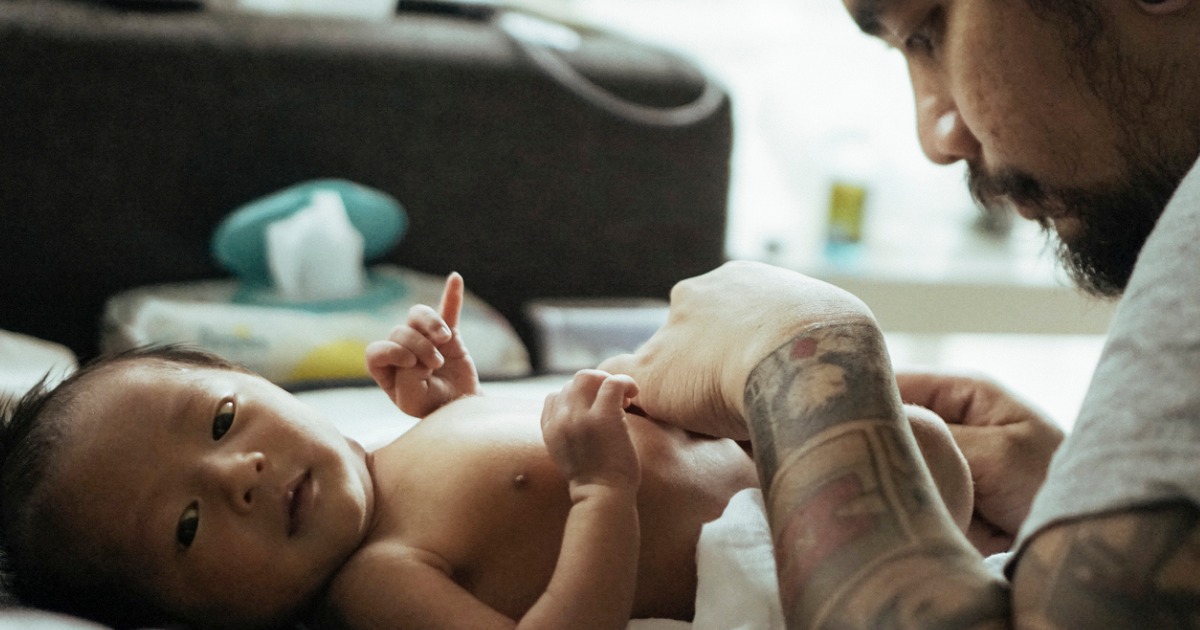 
The End of Life

“And God blessed them. And God said to them, ‘Be fruitful and multiply and fill the earth and subdue it, and have dominion over the fish of the sea and over the birds of the heavens and over every living thing that moves on the earth.'” – Genesis 1:28

“I feel like when you have kids, your life is just done.”

The two young women were chatting in an airport about their future plans, the one explaining to the other why, despite the pressure from “Mom,” she was in no rush to settle down. “I’ve got so much more living to do. I want to wait a while before I’m finished.” To her and her companion, it was a self-evident truth that settling down was, in fact, settling, that life came to its end with the advent of weddings and babies.

For so much of our society today, things like marriage and children are activities that are options at best and distractions at worst, distractions from real things. The “real” things of life are about self-fulfillment, whether done up in worldly or Christian lingo. In the secular world this is found in success, fame, and pleasure. In our Christian circles we baptize these same ambitions, saying that we want to work on our walk with God, live a radical life, and make a difference for the kingdom.

We imagine ourselves as called to something “higher.” A normal life is not enough; we want to do something special for God. What we don’t realize is that God’s plan for humanity, for the church’s growth, and our own individual sanctification comes primarily through these small actions of loving and living in the boring normal. In these “little” things, we learn of God and live out His calling in an amazing way.

You see, marriage and children really are the end of life, just not in the way these two young women thought. These are the ends to which God has called us. In our marriages and child-rearing, God tells us something of who He is and the depth of His love for us. In these things God works on us, in us, and through us. These ordinary tasks are the front lines of the kingdom of God.

It’s rather appropriate that I overheard this airport exchange on my way home from a wedding. This past weekend I attended my nephew’s nuptials. Aside from the unnerving realization that I now had a nephew old enough to be wed, it was a highly enjoyable experience. There was nothing special about it. The couple simply walked to the front of their friends and family and vowed to be true to one another until death parts them. You know, the same as every other wedding.

A lot of folks don’t like these rituals for this very reason. If two people want to live together, why go all to all the trouble of enacting a repetitive ceremony? They don’t see anything special about it. “If you’ve seen one, then you’ve seen them all!”

This cynical aphorism hides an amazing truth. When we witness a single wedding, we are seeing two people dedicate their lives to one another, no small feat in itself! But, we’re also seeing something else. We’re also seeing every wedding which has ever happened.

When they stood there in the sweltering heat of a Tennessee summer, my nephew and his bride, him in his goofy grin, her in her radiant gown, were reincarnating a fundamental act of human existence. They were merely the latest manifestation of every wedding, from the very first in the Garden to the ultimate marriage feast that is still to come. Each wedding, each marriage, each exchange of vows between bride and groom, all of these point to the great wedding feast of the Lamb.

The passion of the lover, the unyielding loyalty, the desire for the beloved above and beyond what may be received, all these things which we see and live out in our marriages, all these things show us the greater truth of God’s love for us.

In the course of time, as the bride’s pastor noted in his homily, this wedding will, all else being equal, lead to another great biblical metaphor, the bearing and raising of children. The image of God as Father to His people is well known, but less noted is the way our lives as parents reflect His nature.

Mothers imitate God as they envelope, comfort, and sustain their children. Fathers, likewise, offer their own quiet echo of God as they initiate, protect, and provide for their offspring. As parents we create little image bearers to go into the world bearing our name, and there’s little so unswervingly self-sacrificial as the labor given for the sake of a child.

It is this sort of thing that so many in church find to be a less than worthy calling when compared to living in service of a great cause. Sadly, it is this sort of thing that I bought into in earlier, less mature years. Like many young men, I longed for something greater to be a part of, something to tell me why I was here. Personal concerns were of little account when compared to living for a movement, something to justify my existence, a cause worth giving my life to, worth giving my life for.

So it was that in 1998 that I went to see the Liam Neeson version of “Les Misérables” with friends, one of whom was someone whose fondness for romance was only matched by my self-important starkness. We hadn’t gotten ten feet from the cinema, while she was still glorying in beauty of the film, before I launched into a critique of the story.

I accused Marius of betraying his duty to his revolutionary brothers for wanting to go be with “some girl” instead of standing with them in their great cause. My friend maintained that Marius had done rightly, prioritizing the personal over the cause, but I insisted he was something of a coward. He shouldn’t have even considered abandoning his post for something as frivolous as a relationship.

What I didn’t know was that I was missing the point. Young men are always ready to die for some cause greater than themselves. In living for grand visions always just out of reach they fabricate meaning for what is otherwise a purposeless existence. What they don’t see is that quest very often leads not to fulfillment, but to emptiness. They are far less ready to live for something, which, though seemingly mundane with its diapers, simple love, and self-abnegation, is far greater than the dreams of worlds which they are so certain they will create. They end up loving “the people” far more than they do people.

Several years later, my wife and I went out to celebrate our own wedding anniversary. After dinner and some discussion about the night’s movie, we settled on “Les Misérables,” this time the one with Hugh Jackman. We’d seen the play done outdoors a few years before, and we were both looking forward to this great tale’s latest incarnation. It was a lot of fun, but I was forced, then, to confront my earlier blindness.

What these fictional men did not see, and to which I was blind as well, was that the kingdom of God will indeed arrive, but it will not come by living radically. It will arrive fully when the Great Tomorrow comes and breaks into our today. In the meantime, our role is not so much to break down all that is wicked but rather to build what is good. To love, to marry, to have children, and to live the lives God intended for us; it’s in these that the true radical lives, and by them that true change the world will come.

Whether she knew it at the time, my friend with the rose-colored view had tapped into the truth of the matter far more than I could see in my cynical confidence. There is a time to fight for great causes, but such dreams must always be tempered by the awareness that we must love the good more than we hate the bad. The heroes of Les Misérables all found truth by loving particular humans, fathers and daughters, husbands and wives, not by their love for a disembodied “humanity.”

May God speed the day that Great Tomorrow comes and, in the meantime, may we enjoy the lives He has given us, filled as they are with tiny noses to be wiped, difficult spouses to be loved, and stubborn friends to be cherished. This is the end to which He has called us.