The Isolation of the Elderly - Breakpoint
Give today to learn what it means to be a thoughtful Christian!
Skip to content 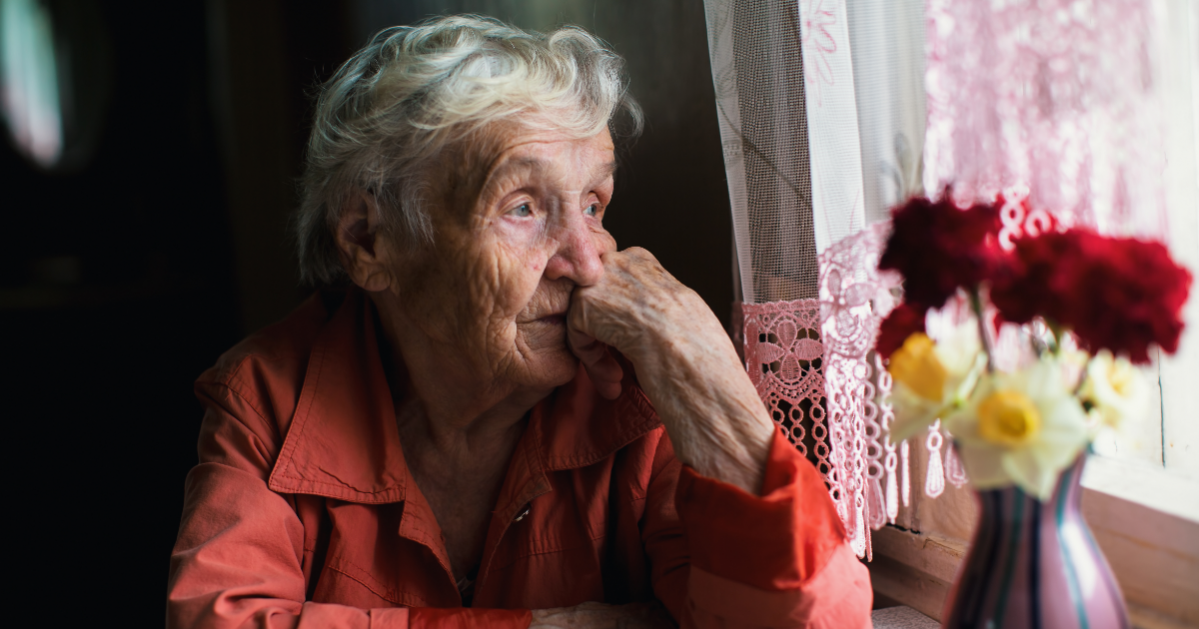 
The Isolation of the Elderly

A couple of years ago, I came across a strange story out of Japan in Bloomberg BusinessWeek. Dozens of elderly women, it turned out, admitted to crimes of petty theft in the hopes of going to prison. “There are always people around,” one of the inmates told a reporter, “and I don’t feel lonely here.”

I remembered this heartbreaking story a few weeks ago when The Atlantic published David Brooks’ latest piece about the nuclear family. Brooks argued that the nuclear family as we define it now, with mom, dad, and kids often isolated from extended family, was not the norm for most of human history. Our fragmenting into smaller and smaller, and ever more isolated, family units has hurt us, he said.

Much of Brooks’ piece, as well as the significant volume of responses it triggered, focused on the challenges of raising children without extended families. Unmentioned, but just as much at stake, is what the elderly population has to lose in these new modern arrangements.

After all, it is one of the largest generations in modern American history, the baby boomers, that make up today’s elderly. With far more boomers than there are Generation X-ers, the math just isn’t working out. Who will care for them?

The lack of a clear answer to that question explains a whole range of strange and heartbreaking stories like the thieving grandmas in Japan, or the increasing number elderly people who die alone at home and aren’t discovered for days or even weeks, or tech companies betting on a profitable opportunity in artificial intelligence that can keep the elderly company.

According to the last census, nearly 11 million Americans over 65 live alone. Another California study found that 43% of all seniors surveyed suffered from loneliness, whether or not they lived alone. Loneliness is especially hard on seniors.

A seven-year UK study found that “the lack of social contact leads to an early death, regardless of participants’ underlying health issues” because loneliness is linked to things such as “high blood pressure, obesity, heart disease, a weakened immune system, depression, anxiety, cognitive decline, and Alzheimer’s disease.”

Still, our loneliness epidemic is even more a cultural problem than a math problem. After all, the generation whose parents are now aging came of age themselves in the Roe v. Wade era. We’ll have to come to terms with what legally treating inconvenient lives as disposable will do to our cultural consciousness. Beyond the taking of innocent life, legalized, monetized, and popularized abortion kills a culture’s sense of what life is even for.

Inevitably, life post-Roe is too often evaluated, not in terms of its own dignity, but in terms of some sort of self-satisfaction bottom line. It’s not hard to see where that slippery slope leads. Suddenly, we’re toying with genocide against babies with Down Syndrome. Suddenly, we’re exploring assisted suicide and euthanasia not only for the sick, but also the uncomfortable or the depressed.

The criteria for so-called acceptable or even desirable death grows thin. It’s that world, that culture, that group of people that is forced to deal with a growing number of isolated elderly.

All of us grow less autonomous and more needy with age. Words like “inconvenient” and “burden,” words used for decades to justify legalized abortion, are now being used for others. As Chuck Colson warned, a worldview that says we weren’t made on purpose but happened by accident ends with the conclusion that life isn’t beautiful anymore. Rather, it’s a numbers game that favors the strongest and the wealthiest.

The body of Christ has what the larger world needs if it to find a way to care for its aging population: the knowledge that all life is beautiful and valuable, even if it’s vulnerable. We’ll have to say that over and over, and we’ll have to live it too: There shouldn’t be a nursing home in the country not flooded with Christian neighbors during visiting hours.

On that foundation, we can develop plans for our aging parents that hold them as integral members of our families, not distant obligations. We must innovate ever better palliative care, and the Church must become the leading place in our world where multi-generational relationships are both fostered and celebrated.

Our kids, after all, are watching. One day, they’ll have to decide how much of a burden we are to them.

20 Facts about Senior Isolation That Will Stun You

Japan’s Prisons Are a Haven for Elderly Women

The Nuclear Family Was a Mistake