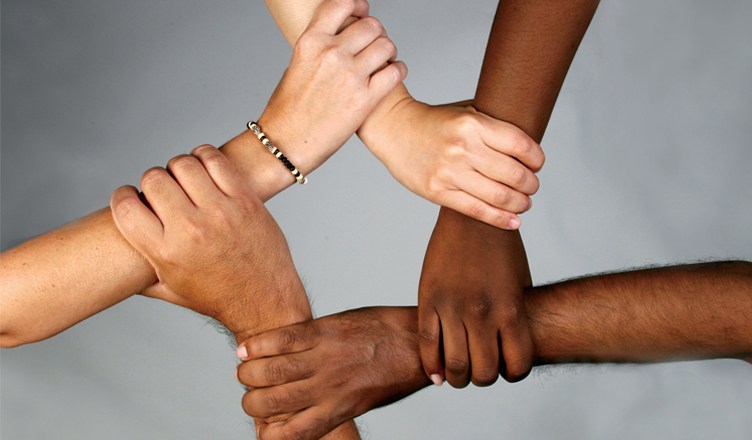 
The Myth of “Race” and Why It Hurts

For nearly five years, I led a large inner-city ministry working in a predominantly black community with and for people that I loved deeply and for whom the issues of race and racism loomed large. As real as it is, racism has become for many the sole explanation for the social decay and economic deprivation common to many inner-city black communities.

Even well-documented factors in Western poverty such as family dissolution and out-of-wedlock birth rates are explained solely in terms of yet another effect of racism rather than one of several contributing factors. As such, “racial justice” becomes the only course of remedy for the societal ills rampant within America’s inner-city black communities.

Seeking substantial remedy to social, cultural and economic deprivation, I came to believe that this view unwittingly elevated the racial narrative over the gospel narrative, thus hindering progress against the real racism and the social conditions that continue to oppress so many within our inner-cities. Furthermore, this view assumes that impoverished black people lack the ability to reason and make responsible choices. This sounds more like the racism of “low expectations.”

To begin with, “race” is an artificial distinction that suffers unwarranted amplification in a fallen world that delights in division and conflict. Subjectively, it is a real factor in how we too often see one another; objectively, it’s a fantasy focused on peripheral concerns in place of fundamental realities.

A recent article in National Geographic revealed that science now confirms what the Bible has always said about human beings: There is one race—the human race, confirmed by the basic theological principle that we are all made in the image of God. We all possess the same basis of personhood regardless of variations in superficial physical features and this is the common ground from which we appeal to equal rights and thus this is ground which we must hold.

We all possess the same basis of personhood regardless of variations in superficial physical features and this is the common ground from which we appeal to equal rights and thus this is ground which we must hold.

The article, pertinently entitled “There’s No Scientific Basis for Race—It’s a Made-Up Label,” points out that these “theories of race,” which peaked in the 19th century—were for the promotion of race superiority, which was often used to justify the oppression of differing people groups. Racism is a reality, but we must understand that it is a sinful, post-Eden reality. It attempts to trade away the personhood flowing from the imago Dei for the superficial categories of skin pigmentation, ethnicity, and the like.

Ironically, many well-intentioned opponents of racism often make the same mistake as their racist opponents by likewise making race the essential distinction of personhood. This is racialism, a view which seeks to celebrate distinctions based on race in contrast to racism, which seeks to denigrate. Both divide humanity into unneeded and unhelpful constituent parts.

This is in stark contrast to the view expressed by Martin Luther King, Jr. The Civil Rights Movement under his leadership was rooted in a serious Christian anthropology. In his quest for equal rights, Dr. King appealed ultimately to the authority of God as the Creator of all men. He understood, when many others did not, that all people were created by God, in His image, therefore possessing human dignity, inherent value, and deserving equal treatment.

Recall that his fundamental appeal was that people not be “judged by the color of their skin but by the content of their character.” Dr. King believed that all people, regardless of skin color, shared common moral and social responsibilities, as well as the duty and ability to exercise moral choice. To suggest that people were incapable of making such choices due to their skin color or even injustice would have been the very opposite of this contention.

By continuing to promote distinctions between persons on the shallow basis of skin color and false theories of race, we are only perpetuating the “race” problem.

By continuing to promote distinctions between persons on the shallow basis of skin color and false theories of race, we are only perpetuating the “race” problem.

Note, the problem is real; it is the idea of “race” which is flawed. Many of us remain bound by these racialist conceptions of personhood. For some, this is due to their personal experience of injustice, while for others, it is the influence of those who thrive by condemning the behavior of one “race” while treating others as entirely passive.

The 19th century abolitionist, Frederick Douglas warned that such an approach would foster a debilitating spirit of alienation among the black community. With profound foresight, he warned that this would result in a perpetual “longing for some mighty revolution” that would only serve to distract and dissipate the energies of those seduced by those seeking power and their racialist advocates.

The church can and should oppose injustice of whatever sort, whenever and wherever it occurs. However, we must look to the true solution. No one can erase past sufferings. No amount of organized grievance or cathartic anger is going to free someone from their past tragedies and suffering. Only the gospel with its radical call to love, forgiveness, and spiritual transformation can offer such freedom and healing.

Racism is a symptom of our troubled condition, not its first cause. The first truth of the gospel is this: Christ died for sinners. But how many of us truly believe we deserve to die? Shouldn’t this knowledge liberate us from any sense of entitlement? A repentant sinner knows he is anything but innocent—that he is owed nothing—and this knowledge renders him equal to all men. This goes for the oppressor and the oppressed, both of whom we are now commanded to love, pray for, and forgive. Is this easy? No, following Christ is rarely easy but this is the way that Christ defeats those “powers and principalities” that seek to divide humanity, and this is the only real hope for eradicating racism.