What Music Is For in Corporate Worship - Breakpoint
How can we respond to those around us with truth and love? Give today to receive this month's featured resource.
Skip to content 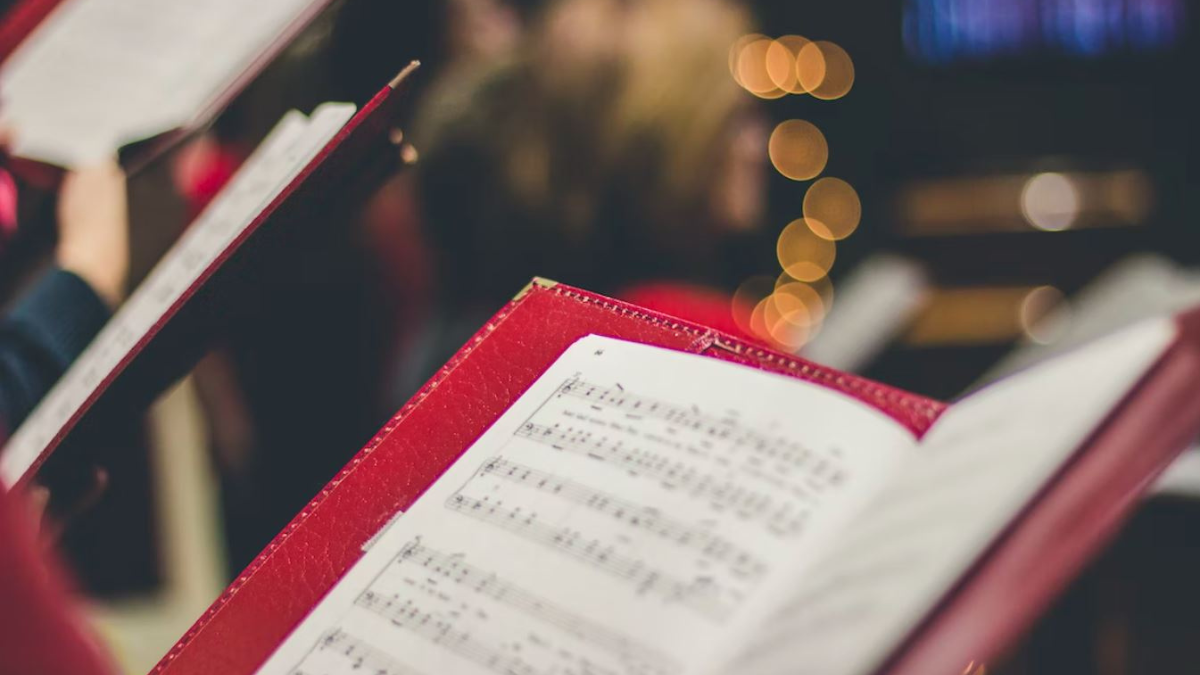 
What Music Is For in Corporate Worship

The first common-language hymnal is a milestone to remember and an opportunity to reflect on how music serves Christian worship today.

Today, January 13, we remember the Hussites who, on this day in 1501, published the first hymnal in history written in the language of the common people. The descendants of the Hussites are known as the Moravian Brethren, who carry on the rich tradition of hymns and church music today.

Christians have good reason to commemorate this event. After all, ours, like Judaism, has always been a singing faith. The longest book in the Bible, and the one at its center, is the Psalms, a word that means “songs.” David’s plans for the Temple included clans of Levites whose entire job was music. Choirs, soloists, orchestras, and antiphonal singing were prescribed parts of Temple life and practice, and an entire class of Psalms, the Songs of Ascent, were sung by the people as they traveled to Jerusalem for the annual pilgrimage festivals.

Throughout the biblical texts, music is also connected to prophecy and to dealing with evil spirits. Jesus and the apostles sang a hymn after the Last Supper, according to two of the Gospels. The Apostle Paul specifically associates singing with being filled with the Spirit in his epistle to the church at Ephesus. And, in John’s Revelation of what is constantly happening around the throne of God, there is lots of singing, sometimes accompanied by harps.

Music also is part of the culmination of the creation story. When Eve is taken from Adam’s side, Adam awakes and exclaims, “This at last is bone of my bones and flesh of my flesh; she shall be called Woman, because she was taken out of Man.” Many scholars believe this to essentially be a celebratory song.

Eliminating the musical element from the text of Scripture would be to gut them and the practices that have emerged from them. Monks chanted the Psalms daily, in some cases covering the entire Psalter in a week. Medieval thinkers thought of the human heartbeat, respiration, and daily cycle of sleeping and waking as “music.” They also believed the motion of the heavenly bodies was regulated by the “music of the spheres.” To the medieval mind, music was a glue holding the universe together. These ideas shaped the imaginations of C.S. Lewis and J.R.R. Tolkien, who used music as the agent of creation in their respective tales of Narnia and Middle Earth.

In the Reformation, Martin Luther reintroduced congregational singing to the liturgy, an idea that spread through all the branches of Protestantism and, eventually, returned to the Roman Catholic Church. Reformed Christians focused on singing the Psalms and other songs from Scripture, though some also incorporated hymns in their worship.

All of this points to a central truth of a Christian worldview, that God loves music. Because music has been so central to Church worship and the Christian imagination, the first common-language hymnal is a milestone to remember and an opportunity to reflect on how music serves Christian worship today.

While I have no desire to reignite the “worship wars” of recent decades, Christians should not think of music as mere decoration to services that are really about teaching and preaching. The essential question, even as music styles change and new music is created and incorporated is, what is music in worship services for?

The Psalms offer essential guidance. Some are songs of praise, others are confessions, but the largest category of Psalms are laments. In other words, the Psalms cover the full range of human emotions, bringing the totality of human experience into corporate worship.

And yet, the Psalms always direct our attention to God. Even when talking about their own experiences and hardships, they always turn attention outward and upward, from self and toward God. And often, this is done by remembering what God has done and who He has revealed Himself to be.

Too often, music utilized in churches fails to take us past expressing our own thoughts and feelings about God and, too often, only songs that elicit positive and happy emotions are sung. This does not follow the model of Scripture, a model that helps God’s people see trouble and sorrow in light of God’s faithfulness and character. This also misses what music is for. Music instructs. It is a tool of catechetical instruction, not merely a time of self-expression. In the end, songs centered on the subjective experience of Christians quickly become sources of bad theology.

Another consideration is that music is for the entire congregation. When music in the church is primarily about the performance of professional musicians, the songs are unsingable to much of the congregation. This is not an issue of style or preference. I thank God for modern writers of hymns and songs, committed to producing music that is true and excellent for the glory of God and the people of God.

Music is a gift of God, a unique way of connecting His revelation with our hearts and minds. St. Augustine is thought to have said, “he who sings, prays twice.” The Church must recover a more robust understanding and practice of music.

This Breakpoint was co-authored by Dr. Glenn Sunshine. For more resources to live like a Christian in this cultural moment, go to colsoncenter.org.