The Story Behind Handel’s Messiah - BreakPoint
Skip to content 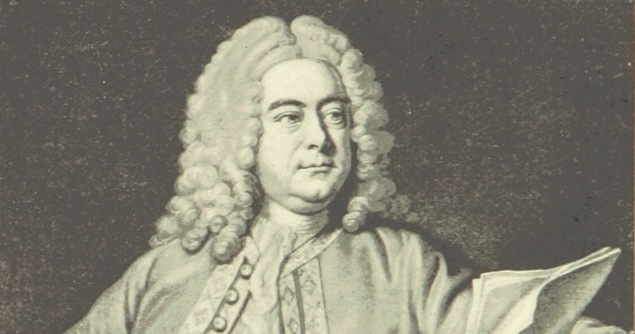 
The Story Behind Handel’s Messiah

George Frideric Handel was mainly a composer of operas. In fact, he composed dozens of them. Though his productions were popular in 18th century London, Handel had his enemies — he was a foreigner, born in Germany, by many accounts not a very likeable fellow, and his rivals detested his style of opera. He was also kind of a large, awkward man, rough and hot-tempered enough to earn the nickname “The Great Bear.”

When his operas and his health began to fail, Handel sank into bankruptcy and despair, believing his career was over. In 1741, he was invited to Ireland to direct one of his works at a charity performance. Handel decided to write a new oratorio.

A deeply religious man, he turned away from the human foibles common to his operas and chose his text and themes from Scripture. It was then that something remarkable happened. He began composing with a super-human zeal and energy. People thought he was mad, or even under a spell. One servant reported that Handel seldom ate or slept and worked with such frenzy that his fingers could no longer grip his pen. He was, in fact, in the grip of divine inspiration. The result is one of the world’s great masterworks, Messiah.

Handel finished Part I in only six days. He finished Part II in nine days, and Part III in six days. The orchestration took him only a few days more. In other words, in all, two-and-a-half hours of the world’s most magnificent music was composed in less than twenty-five days. When he finished, he sobbed: “I think that I did see all heaven before me, and the great God Himself!”

Immediately, from its premiere in Dublin in 1742, Messiah was pronounced a masterpiece. Messiah recounts the prophecies of Christ and his triumphant birth, utilizing an amazing amount of Scripture including passages like, “For unto us a child is born . . . and the government shall be upon His shoulders.” And “His name shall be called Wonderful, Counselor, the Mighty God . . . the Prince of Peace.” In fact, Messiah pulls from the Psalms, Job, Isaiah, Lamentations, Haggai, Malachi, Zechariah, Matthew, Luke, John, Romans, 1 Corinthians, Hebrews, and Revelation.

At its London premiere, King George was so moved by the “Hallelujah Chorus” that he spontaneously rose from his seat. The entire audience followed his example and, for the past 250-plus years, audiences have continued to do the same.

After the success of Messiah, Handel continued to write religious music. Beethoven said: “To him I bend the knee, for Handel was the greatest, ablest composer that ever lived.” Even after his eyesight failed, Handel continued to perform until, at age 74, he collapsed while conducting a performance of Messiah. He was put to bed saying, “I should like to die on Good Friday.”

Instead, he died on Holy Saturday, April 14th, 1759. Handel’s grave, at Westminster Abbey, is marked by a statue of him with a score of Messiah opened on the table. The page that is visible is, “I Know That My Redeemer Liveth.”

It is a work that retains the power to move us. My wife starts listening to Messiah each year during Advent, or even a bit earlier. Like King George, our hearts still rise at that great triumphal chorus. We sing “Hallelujah” to the King who will reign forever and ever.

A version of this commentary by Chuck Colson first aired December 22, 2000

A Guide to the Original Source Texts for Handel’s Messiah