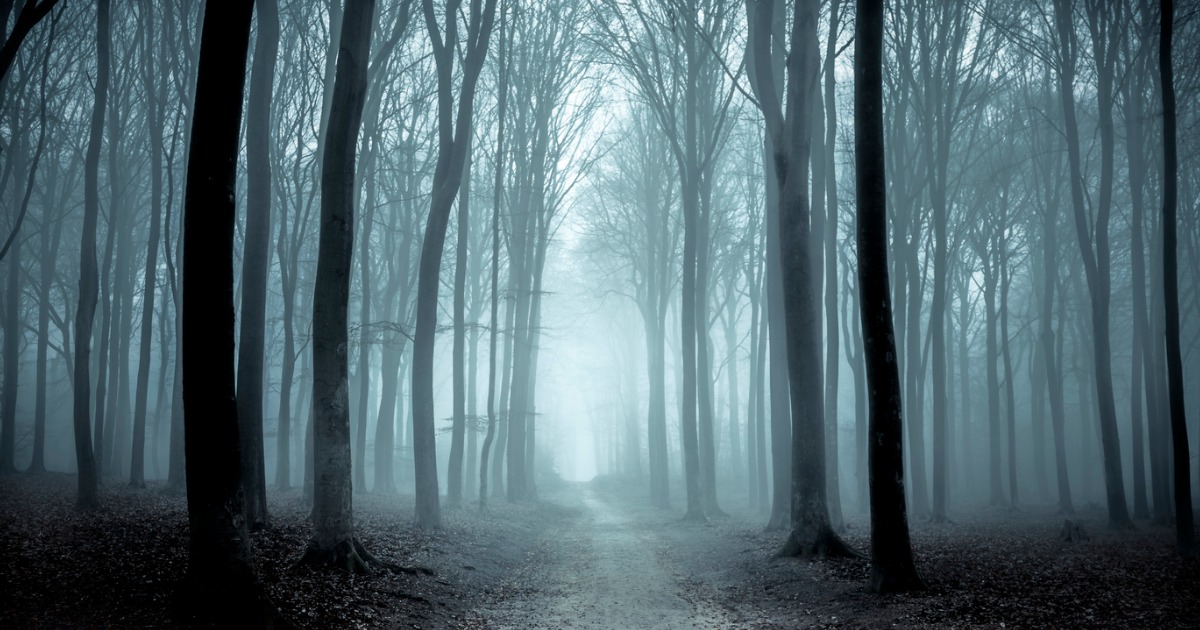 Put false ways far from me and graciously teach me your law! I have chosen the way of faithfulness; I set your rules before me. I cling to your testimonies, O Lord; let me not be put to shame! I will run in the way of your commandments when you enlarge my heart! Psalm 119:29-32

Finding our way in this dark world can be a daunting prospect. There seem so many voices calling us to follow this way or that, but what is the right path to find our true nature?

One of the most common objections to Christian ethics is the suggestion that instead of following the “obscure” and “abstract” rules and regulations of religion, we ought to follow our natural instincts. Whether it’s the call for sexual “liberation” from heavenly minded hang-ups, or the more obviously selfish impulse to seek revenge or to avoid generosity and mercy, the watching world ridicules the Christian way of life as being unnatural.

They speak a better truth than they know. There is something unnatural about human nature, at least according to Christianity. Or, perhaps we should call it supernatural. As human beings, there is something about the way we live that is not exactly separate from nature, but it is more than nature. So much about what it means to be human entails living in light of something beyond what is apparent, above what is obvious.

We are, indeed, material beings, natural beings, and we can only find peace when we follow our true nature. But finding that nature involves appealing to patterns and concepts that are not naturally indicated. To be a full human being, to be a moral human being, we must do more than follow our instinct or immediate desire. We live our lives oriented towards a higher order than the natural order demands.

We all know this innately. We don’t merely eat; we dine. We don’t just walk; we dance. We don’t only speak, we sing. To be human is to do the delightfully unnecessary, the wonderfully unnatural. It is, ironically, only when we feel the need to justify our baser passions with some higher purpose that we come up with philosophies suggesting otherwise.

We recognize this at a simple level as we watch children grow. When we are born, our actions are passive. We must be fed, clothed, bathed, and whatever else by another if these things are to happen at all. Even the few movements we do on our own are instinctive. When an infant is presented with a breast, he turns to suckle even if it is not his or anyone else’s mother’s. When his bladder is full, he empties it. If he is unhappy or uncomfortable, he cries. All this is done without thought, reflection, or intention.

As he gets older, he begins to act into his world. He learns that his hands are attached and that, to his delight, he can move them at will. At first these movements are clumsy and often futile. Later on, he learns that certain actions affect even those things that are not attached to his person. The bottle can be grasped, the rattle can be shaken, and so on. Life becomes less and less natural.

He eats things not simply as fuel, but chooses which foods he wants to satisfy an abstract intention. He learns that sometimes the most effective way to accomplish his goal is through an indirect route. The toddler stamps his foot and screams. Later he quietly pleads and puts his head on mommy’s shoulder. By restraining his immediate impulse, he learns how to seek the two in the bush instead of merely the one in the hand.

We all recognize this self-conquest as maturity, but it’s about more than this, too. It says something about being human. If a man stands in the cold rain to catch a glimpse of a girl, we call him a romantic, a fool, or maybe a pervert. But, no one thinks a dog is a pervert when he breaks into a yard to get at a female in heat. No one thinks an ape is a fool if he takes a banana now in place of a promised gourmet meal later. When a male lion takes over the pride of a rival, he kills the cubs and mates with any female he pleases. Yet, for none of these do we attach any moral implication.

We share the natural world with our animal friends, but there is more to our nature than their nature allows. For human beings, the choices involved in particular actions have a moral quality absent from our furry friends. To be human means to submit our instincts to something other than our own desires, and this is as it should be.

None of us would wish to live in a world where all our desires, impulses, and instincts were obeyed without a second thought. Yet it is for this aspect of our daily lives that the materialist has no answer. For him all is natural. Our desire for sex or food or resources does not fundamentally differ from that of the animals around us. We may pretend that we’re different, but, in a world without God, the same passions driving the dog or the lion are present in us.

How many of us really want to live in a world if we all acted “naturally”? Does the lion care if “no means no,” or if the lioness is not in the mood? Does he treat her as an equal and unique partner in spite of his physical power over her? Does he value the intrinsic value off his rival’s cubs? “No” is the answer to all of these. He mates at his convenience. He lies in the grass while the lioness hunts for his food. He kills his rival’s cubs without care as soon as their father is banished. Is this the natural world we want?

Only humanity can commit a moral action. It will not be by getting back to this nature that we will achieve the good life. Nature’s society is brutal and selfish, and yet it is colorless. Nature may have no place for hate, but it also has no place for love or commerce or art. It is only by the suspension of our own natural desires and the violation of the natural laws of kill-or-be-killed and survival-of-the-fittest, that the unnatural concepts of goodness, beauty, and love will ever have any meaning. Only by living according to more-than-natural nature can humanity be what we are naturally intended to be, what we are supernaturally called to be.

This supernatural life is just what the Bible and the Christian Worldview proclaim for human flourishing. We are told that we are created as part of the natural world, but, as Image Bearers of God, we are also different. This grants us a dignity above that of the rest of creation, but it also demands of us greater responsibilities, responsibilities that lie beyond mere impulse and desire. We are called to a higher purpose.

Sadly, when we fell in Adam, this greater dignity meant an even greater degradation. Nature may be brutish, but it’s never cruel. The cat who plays with her prey seems cruel as she enjoys the game, but there’s no real moral quality to her actions. For the human, however, all activity takes on a moral sheen. Our gifts are higher, so our corruption leads us lower still. We can produce a Charles Dickens, with all his delightful tales, but we also create a Charles Manson, with all his depraved genius.

Few of us is a Hitler or Bundy or Manson, but we all share in their fallen nature. Because of this, we cannot rely upon our own instincts to know what is right any more than the child can fathom the intricacies of proper behavior.  We have less chance than the child. Unlike the child, who will learn by trial and error and parental instruction, our frailty endures throughout our lives. We need something more. We need what nature cannot provide and what we cannot perceive. We need guidance from beyond nature, from beyond our abilities to investigate. This lack leads us to fail again and again.

We fail in this when we think that God can only act in a way that comports with our own desires, when we begin to adjust our ethics to the shifting tides of cultural currents, when we equate the idiosyncratic emphases of our temporal and individual moment with the enduring and eternal will of God. We fail in this when we live like our First Parents, who conflated their desires to be “like God” with the slithering suggestions of one offering a shortcut to this goal.

In place of this folly, we have a better way provided for us in God’s Word. It may seem less direct, as it involves distancing ourselves from what seems immediate and obvious and instead seeks out a less apparent path. Just as a child must trust that her mother will guide her through the dark places which seem full of dangers, we can have faith that, even when our natural impulse leads us in another way, our Father will guide us safely through our lives.