The Woke Plans to Rebuild Notre Dame - Breakpoint
How can we respond to those around us with truth and love? Give today to receive this month's featured resource.
Skip to content 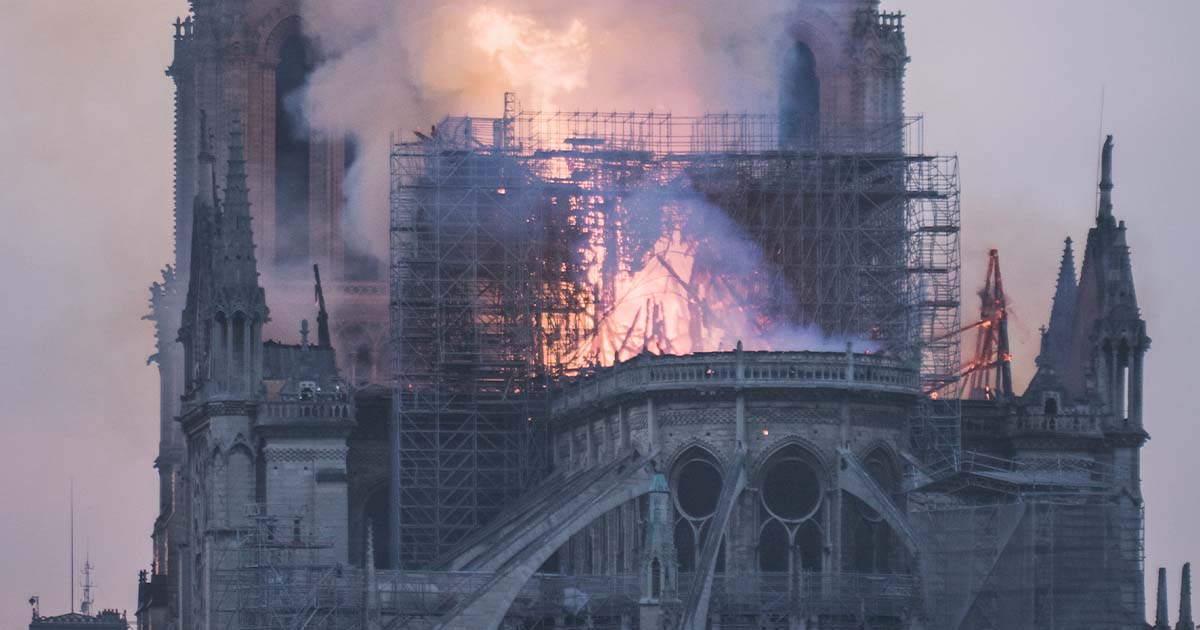 The 2019 fire in Notre Dame reminded the world of the importance, the history, and the beauty of this magnificent structure. As we mourned the damage, many hoped the building would be repaired to remind the world of its original purpose. Recently, the cathedral’s reconstruction plans were announced and, unfortunately, the news isn’t good.

Notre Dame is rightly considered one of the most fantastic examples of French Gothic architecture. It took nearly 100 years to build, from 1153 to 1260, and incorporated several architectural innovations. For example, rib vaults and flying buttresses enabled the walls to be opened up for stained glass windows, including three beautiful, enormous rose windows.

The only way to fully understand Gothic architecture is by experiencing it. Despite its dark-sounding name, Gothic cathedrals were built for light. This was to symbolize divine illumination. Vertical lines and soaring ceilings were intended to point thoughts and imaginations upward to God. In fact, as Dr. Glenn Sunshine has pointed out, nearly every aspect of Gothic cathedrals symbolically point to the truths of the Christian faith. And, in the case of Notre Dame, the result is simply jaw-dropping.

For over 500 years, until the French Revolution, Notre Dame stood at the center of French Catholicism. The revolutionaries desecrated the church and destroyed much of the religious art. They beheaded the statues of biblical kings in the mistaken belief that they represented the kings of France. After a brief period in which Notre Dame was reconsecrated as the Temple of Reason, it was used as a storehouse for grain.

Napoleon Bonaparte had the cathedral rededicated and redecorated in the then-popular Neo-Classical style as part of his efforts to restore the Church in France.  After the Napoleonic Wars, the cathedral fell into such a state of disrepair, the French considered demolishing it. It was Victor Hugo’s book Notre Dame de Paris (better known by its English title, The Hunchback of Notre Dame), which, more than anything else, spurred the French to renovate and restore it.

Sculptors, glassmakers, and other craftsmen worked to reconstruct the cathedral using illustrations of it from before the Revolution. Whenever critical information was missing, the work was completed after the spirit and style of the thirteenth century. A taller and more ornate spire replaced the original, which had been removed in 1786.

Historically, the French have demonstrated a commitment to preserve and, when necessary, restore the cathedral in its original spirit and style, with the desecration of the French Revolution and Napoleon’s neo-classical decorative style as the most notable exceptions. (There was also the incident when, after being damaged by gunfire during World War II, some of the medieval glass was replaced by abstract art in the colors of the French flag.)

The spire, the roof, and a considerable part of the interior were destroyed by the fire of 2019. Even before the structure had been stabilized, proposals for restoring the cathedral began pouring in, with many of them offering a modernist vision utterly incompatible with the medieval building. Many breathed a sigh of relief when it was announced that the roof and spire would be rebuilt as they had been.

More recently, however, plans for the interior were released to the public. One Paris architect referred to what was planned as “a politically correct Disneyland.” Mood lighting at head level would obscure the impact of the stained glass. Added light and sound effects would create “emotional spaces,” and “themed chapels” as part of a “discovery trail” that would feature Africa and Asia and end in a chapel entitled “reconciled creation.” An environmental focus, merged with Bible verses in various languages, would be projected on the walls. Modern art murals would be added, the confessionals would be removed, and the altars rearranged so that visitors could more easily experience the newly imagined cathedral.

To say this is a travesty is an understatement. After all, nothing goes out of date faster than the latest taste and fashion. The previously timeless beauty of the cathedral would soon go the way of parachute pants and brutalist architecture. Even worse, the new design would undermine the message of the cathedral itself, which has long proclaimed an integrated set of eternal truths in a way that demonstrated how “the faith given once and for all” remains true and vibrant.

Of course, it remains to be seen whether or not a culture like ours could make much progress in fully restoring a structure like that, given how different the dominant worldviews of the eras are.  It would be a real shame if the eternal truths long attested to by and in this 13th-century cathedral were obliterated, especially if replaced by modern tastes and political correctness. Even more than a real shame, it would be a real loss.