What is a Woman, Ketnaji Brown Jackson, and Radical Monogamy - Breakpoint
Help make a bigger worldview possible for Christians around the globe with a year-end gift!
Skip to content 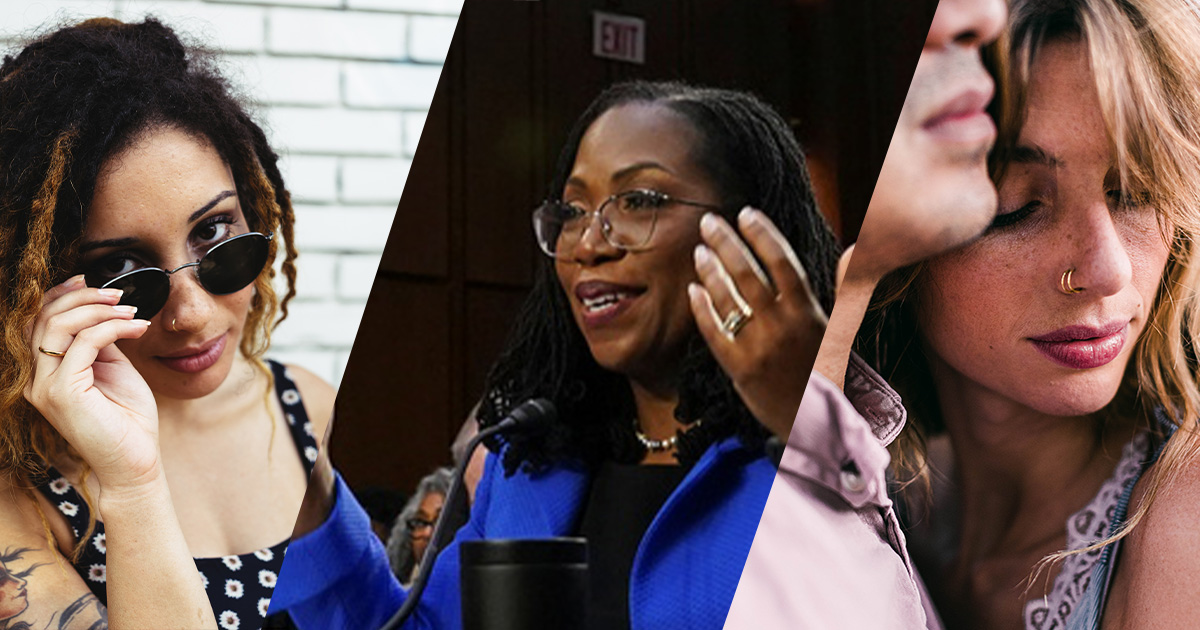 
What is a Woman, Ketnaji Brown Jackson, and Radical Monogamy

Judge Ketanji Brown Jackson sat before the Senate this week and boldly stated that she does not know what a woman is because she’s not a biologist.

Judge Ketanji Brown Jackson sat before the Senate this week and boldly stated that she does not know what a woman is because she’s not a biologist. Her statement says a lot, not necessarily about the judge, as John points out, but more about how we view the judiciary in this cultural moment.

John and Maria also explain that the so-called trend of “radical monogamy” and society’s need for more than consent are actually best housed inside Christianity. As John describes, these moments are a revisiting of history. He reveals how the power of sexuality is a physical reality, similar to gravity. Society highlights cultural moments like these as turning points when in reality these principles have been grounded inside God’s design.

Maria then shares the story of a high school football coach, Joe Kennedy, who simply prayed for his players privately on the field after football games. His school fired him, and his subsequent religious freedom court case is set to see the Supreme Court next month. John and Maria discuss the court case and project how the case will be received and why we can have encouragement and hope as we consider this situation.

To close, John revisits a few BreakPoint commentaries from the week. Specifically, John reviews a BreakPoint on how we should pray for the people in Russia, praying through all of the Psalms including the imprecatory Psalms that call for justice on specific people in a specific moment.

monogamy
radical monogamy
Supreme Court
What is a Woman
woman

How the Supreme Court Became the Province of Cloistered Elites

The Court is dominated by justices raised and schooled in the Boston–D.C. Acela corridor and educated at Harvard, Yale, and Princeton. Neil Gorsuch and Brett Kavanaugh went to the same high school and clerked together on the Court. Barton notes that even such opposites as Samuel Alito and Sonia Sotomayor have remarkably similar career paths. Donald Trump, who might have been expected to break the elite mold, instead scorned one candidate who merely attended Mich­i­gan Law School.

Judge Jackson’s Curious Agnosticism on Who Is a Woman

Judge Ketanji Brown Jackson spent much of yesterday contradicting various progressive pieties and embracing the theoretical basis and methodological assumptions of originalism, so it seems telling that the two places where she was unable to cross the red lines of leftist ideology were in defining who a woman is and defining when human life begins. As Maddy notes, it is particularly odd for Judge Jackson to put off the question of defining a woman by saying she’s not a biologist, given that the biological answer is the easiest way of all to answer the question (one wonders how many progressive biologists would duck the question by saying it’s not a biological inquiry).

We Need to Talk About Assisted Reproduction

Though it has been written about before, most notably by Gabrielle Kassel for Well+Good a couple of years back and more recently by Chal Ravens for Novara (she doesn’t actually use the expression “radical monogamy”), the concept hasn’t yet permeated the mainstream outside of Twitter arguments. This could partly be because it sounds like the kind of thing some guy with a sun tattoo might painstakingly explain at an afters. Monogamy is the building block of traditional cis het relationships, after all – unless you’re in a queer relationship in an anti-queer country for example, what is so radical about monogamy?

Consent is Not Enough

Consent can’t ever really be truly given, casual sex seems to be leaving lots of people unhappy, what we should all really do instead is something this weird guy Thomas Aquinas said a long time ago about love being “seeking the goodwill of the other.”

School officials at Bremerton High School (BHS) suspended—and later fired—football coach Joe Kennedy because he prayed a brief, quiet prayer after football games. First Liberty Institute filed a lawsuit against the school district, arguing that banning coaches from quietly praying, just because they can be seen by the public, is wrong and violates the Constitution. The U.S. District Court for the Western District of Washington, and then the U.S. Court of Appeals for the Ninth Circuit, sided with the school district. First Liberty appealed the case to the U.S. Supreme Court. In January 2022, the Supreme Court agreed to hear the case. Oral arguments are expected to be held in April 2022.

Consent is Not Enough

Consent can’t ever really be truly given, casual sex seems to be leaving lots of people unhappy, what we should all really do instead is something this weird guy Thomas Aquinas said a long time ago about love being “seeking the goodwill of the other.”

If there’s a term our culture has little appreciation for, it’s “limitations.” The reality of our limitations, as intended by God, is exactly what makes Kelly Kapic’s newest book You’re Only Human worth reading. Either intentionally or implicitly, we think of our physical, interpersonal, and spiritual limits as things to be ignored, rejected, or transcended. Even in Christian circles, it’s common to constantly feel exhausted or guilty, as if we haven’t done enough for God and His Kingdom. Dr. Kelly Kapic, a professor of theology at Covenant College, provides a compelling counter thesis:

“Many of us fail to understand that our limitations are a gift from God, and therefore good. This produces in us the burden of trying to be something we are not and cannot be.”