What Is God Saying in This Pandemic? - Breakpoint
How can we respond to those around us with truth and love? Give today to receive this month's featured resource.
Skip to content 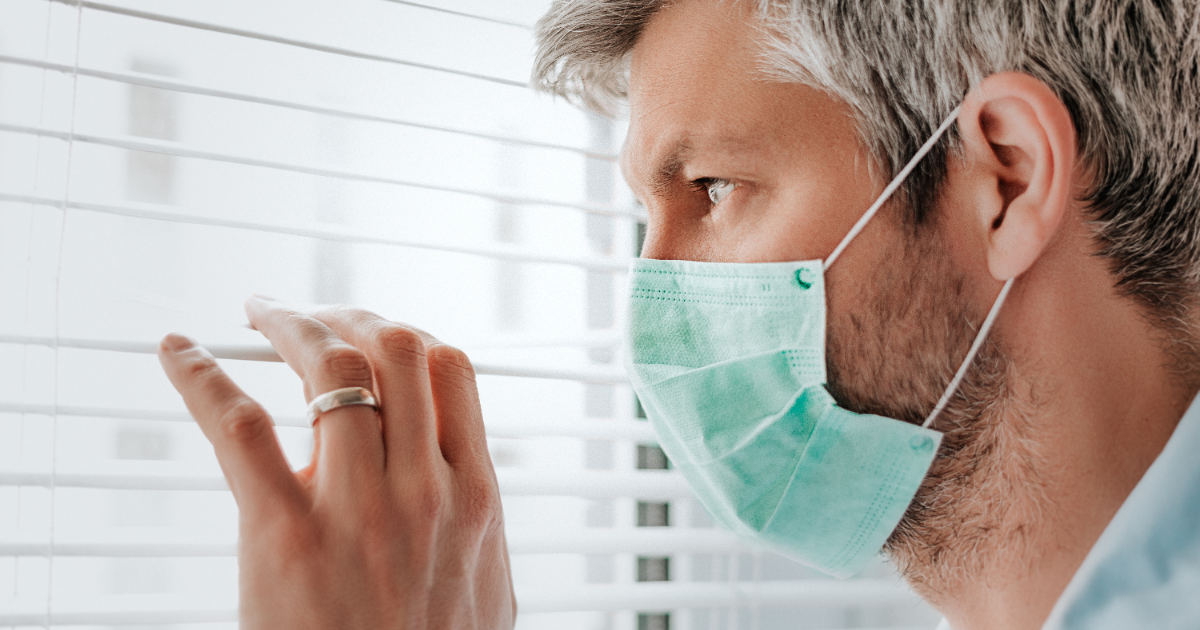 
What Is God Saying in This Pandemic?

A recent poll conducted by the University of Chicago and the Associated Press concluded that “the coronavirus has prompted almost two-thirds of American believers of all faiths to feel that God is telling humanity to change how it lives.” For Christians, who know from Scripture that God has revealed Himself as the ultimate and consistent communicator, the question isn’t if He’s speaking in the events of the last few months. He is. But what is He saying?

Over these past two months, I’ve concluded that none of the most important issues we face today as a culture were created by this virus. Rather, the virus exposed and accelerated issues that already mattered. For example, the utopian aspirations of Western culture, like the embarrassing video of celebrities singing John Lennon’s “Imagine,” have been tested, found wanting, and should be abandoned. Both our self-centered delusions of “living for today” and our technocratic fantasies of controlling nature have proved inadequate for the challenges of coronavirus.

We’ve also seen that ours is a culture lost on the dignity of human life. With the threat of hospitals being overrun, how do we even approach the question of rationing treatment and care? When hospitals weren’t overrun in much of the country, one-size-fits-all visitation policies became dehumanizing barriers to healing, which harmed patients and family members unnecessarily. Part of the Church’s task, in bearing witness to the sanctity of each and every life, is to ensure that people are never sacrificed on the various altars of “efficiency.”

The confusing relationship between science and American culture was complicated long before COVID-19. For years now, the phrase “the science is settled,” has been used as a sort of secular equivalent for “Thus saith the Lord.” Yet, the ever-changing “findings” and “warnings” of the virus experts revealed, again, that a lot of science isn’t as “settled” as many would have us believed. Even dismissing cranks and conspiracy theorists, the overwhelming amount of contradictory information continues to fuel growing distrust in our national “experts.”

More troubling is what we continue to learn about the impact of social-distancing and lockdowns on the already-devastating loneliness epidemic. The overall health impact of loneliness, which is comparable to chain-smoking, not to mention the catalytic role it plays in suicide and addictions, seems to have only worsened in recent weeks. One Bay Area doctor claimed to have seen more deaths by suicide during lockdowns than from covid-19, and as many suicides in the last four weeks as they typically see in an entire year.

Then there’s the crisis of work and meaning. A 2015 poll of British workers found that 37 percent believed their jobs make “no meaningful contribution to the world.” Now we’ve added the label “non-essential” to millions more, a horrible adjective that fails to recognize the inherent good of work as an essential part of our human dignity.

“Non-essential” is an even worse adjective for religion, but the pandemic has revealed just how many Americans, including Christians, think of church this way. While liquor stores and marijuana shops and tattoo parlors were “essential,” churches were not, including clergy members and chaplains in hospitals. So much about this time revealed just how secular and, to borrow a term from philosopher Charles Taylor, “disenchanted,” American culture has become. What remains to be seen is how many Christians will conclude that video church is an adequate weekly fix from here on out.

To be sure, eventually, the pandemic and its accompanying hysteria will pass. The questions it has raised won’t. At root, all of the issues I’ve mentioned revolve around the fundamental worldview questions: Where did everything come from? Is there a God? Why are we here? What makes us human? Who decides right and wrong? and Where is history headed?

Today, at BreakPoint.org, we offer an online symposium. Over 20 Christian thinkers and ministry leaders and authors, from Jim Daly to Kristan Hawkins, Andrew Walker, Karen Swallow Prior, Trevin Wax, Cathi Herrod, Jeff Myers, and more – all share their thoughts on what God may be saying during this coronavirus crisis.

You can find their varied and thought-provoking responses at here.