What to Do about Our Kids and “Eco-Anxiety” - Breakpoint
What makes the Church essential? Click here to learn more.
Skip to content 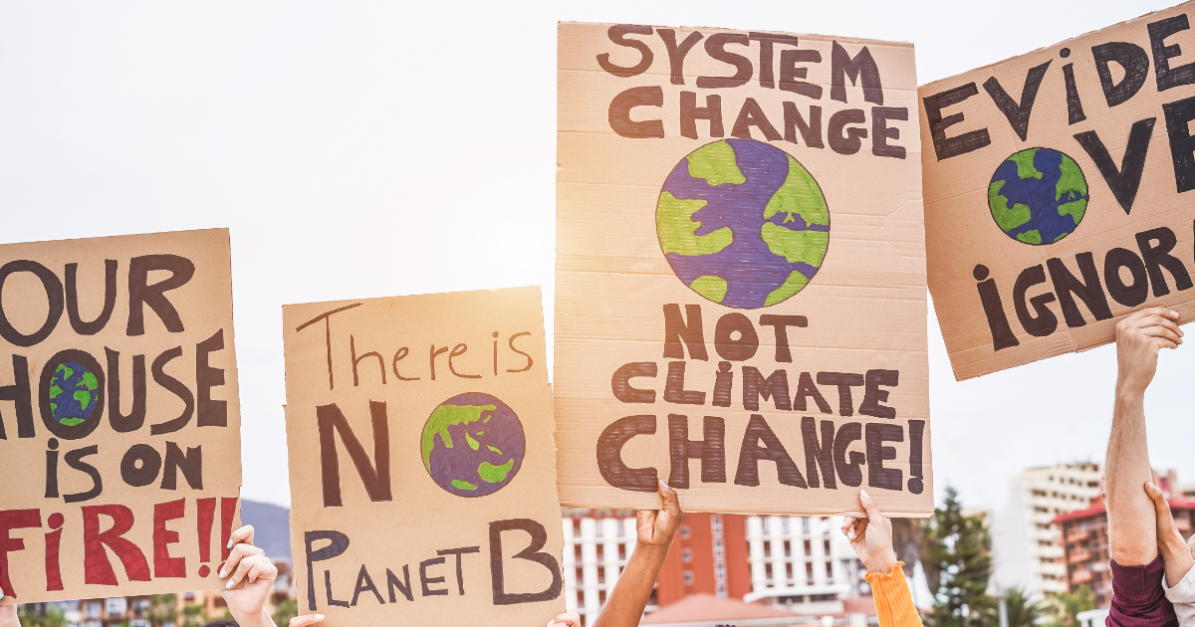 
What to Do about Our Kids and “Eco-Anxiety”

Doctors and other researchers have discovered a whole new class of psychiatric disorders among young people these days. They’ve labeled it “eco-anxiety,” otherwise known as “climate depression.”

This isn’t the first time we’ve suggested on BreakPoint that alarmist rhetoric over climate change has seriously affected the way young people think and feel, and a recent article in the Washington Post Magazine describes just how much.

The article quoted an 18-year-old from Alabama who said that “in my peer group, you just go right from talking about polar bears dying to ‘Did you see what Maya posted on Snapchat?’ Nobody has a filter to adjust . . . It’s like, the ice caps are melting, and my hypothetical children will never see them, but also I have a calculus test tomorrow.”

As the article makes clear, our rhetoric about climate change is particularly damaging to younger Americans who have “fragile psyches.” I’m not using that description in any disparaging way. According to the NIH, one-third of all kids between the ages 13 and 18 experience an anxiety disorder. Twenty-seven percent of those in “Generation Z” rate their own mental health as “fair or poor,” and thirty-seven percent have seen a mental health professional.

When asked which current events stress them out most, climate change ranks third behind school shootings and suicides. As the head of the American Psychological Association put it, “Current events are clearly stressful for everyone in the country, but young people are really feeling the impact of issues in the news, particularly those issues that may feel beyond their control.”

One obvious way for us to respond is by talking about current events more responsibly. While alarmists such as Greta Thunberg fill our screens and social media feeds, plenty of people who are concerned about climate change, including scientists, agree that the kind of apocalyptic rhetoric used to advance the issue is misleading and harmful.

Kate Marvel, a NASA and Columbia University climate scientist, told the Post that the ‘We’re all going to die” message is “just not supported by the science.” While Marvel is concerned about climate change and its impact, “one can have a sense of optimism by working towards a solution.”

Unfortunately, Marvel’s kind of voice fails to get the most attention in the news or in social media, which is dominated by people telling us that we have a dozen years before the Earth reaches a tipping point and we are all doomed to possible extinction (a position, by the way, that no real climate scientist espouses).

We should also help our kids become more resilient. In the book “The Coddling of the American Mind,” Jonathan Haidt and Greg Lukianoff describe how parents’ attempts to promote their kids’ emotional well-being often instead makes them more emotionally fragile.

Demands for “trigger warnings” and “safe spaces” on college campuses are obvious examples of their fragility, but these are only the tip of a large iceberg. As Haidt and Lukianoff write, “the combination of helicopter parenting, fears for children’s safety, and the allure of screens” has created a generation of fragile kids who are convinced that “what doesn’t kill you makes you weaker.”

Our preoccupation with “safety” and removing all obstacles from their path has led to “a national wave of adolescent anxiety and depression unlike anything seen in modern times.”

And the “allure of screens,” that is, social media, reinforces this fragility by isolating them from other people in ways that previous generations, even Millennials, were not. And, of course, social media is also the perfect vehicle for widely spreading distortion and misinformation, such as “we’re all going to die from climate change!”

So, while the arguments about climate change will continue, we can do something about climate change-induced emotional issues. Namely, let’s be better parents. Let’s protect our kids from harm but not insist on removing every obstacle from their path. Let’s limit their screen time and expose them to rational voices.

Most importantly, let’s teach them that “all things work together for good” and that “nothing can separate us from the love of God, which is in Christ Jesus.”

Video: The Coddling of the American Mind