What’s “Good Art,” Anyway? - Breakpoint
Help make a bigger worldview possible for Christians around the globe with a year-end gift!
Skip to content 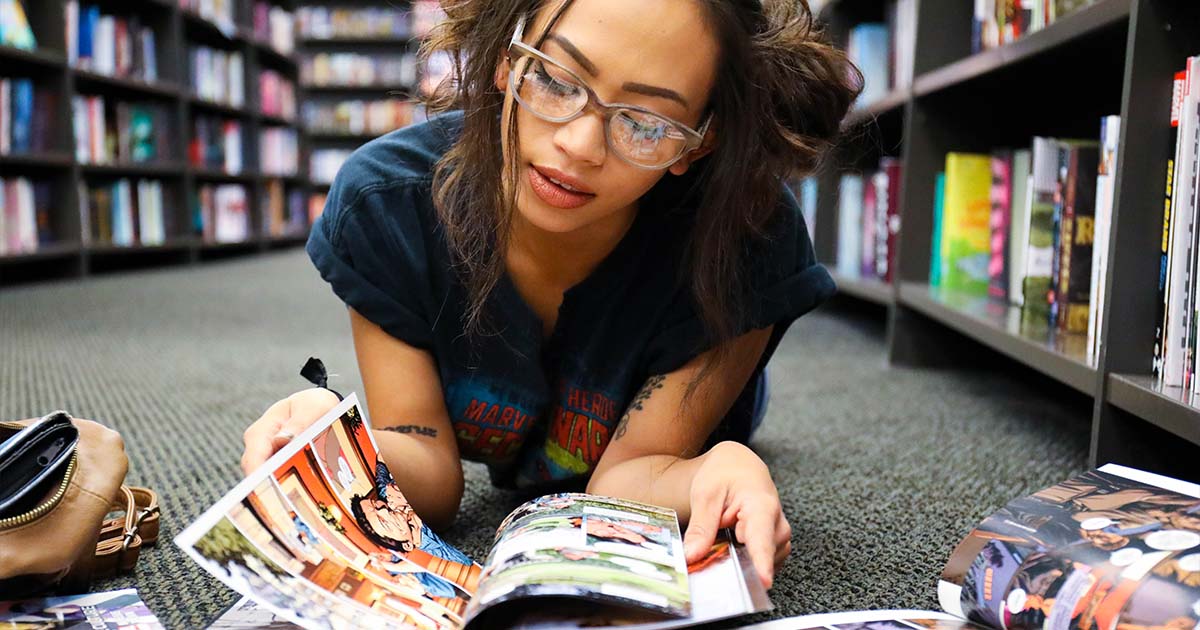 Earlier this year, France’s President Emmanuel Macron announced that his government would give 300 euros to every eighteen-year-old in the country to spend on “the arts.” Officials call it the “Culture Pass” and say the purpose is to revive museums, the ballet, and other cultural institutions that struggled during the pandemic shutdowns. The other purpose of the pass is to expose more young people to the arts.

Of course, handing someone — particularly a teenager — a large sum of money doesn’t guarantee they’ll do what you’d prefer with it; and while the Culture Pass has a few stipulations, like prohibiting the purchase of violent video games, it turns out French teens aren’t as “high-art” minded as their benefactors had hoped. As of last month, almost half of all the money spent with the Culture Pass has gone toward a Japanese genre of comic books called manga.

The Culture Pass initiative raises questions, even beyond the challenge of trying to steer teens toward something more “high-brow” than graphic novels. It’s not clear how the Culture Pass handles religious materials, for example. But it is hard to imagine that France, the birthplace of postmodernism, would approve of its teens buying the Bible with government money, despite that, as the best-selling book of all time, the Bible has made a bigger impact on global culture than any other work in history.

Maybe it is allowed; we are not sure. The biggest problem with the Culture Pass isn’t the potential for censorship, or that it’s asking French citizens to subsidize their nation’s teenagers’ questionable taste in art.

The pass has put France in an odd position. French officials keep telling the media that its purpose is to expose French youth to “the arts,” and these officials have defined “arts” as things like the ballet, the theater, and museum exhibits. But that narrow definition doesn’t take into account the radical way technology has changed how culture is both made and consumed over the last century.

Say what you will about the mind-numbing effect of video games on young souls, for example, which is real and troublesome, but there’s more money in video games today than an award-winning Broadway play – and far more people have access to video games. As a result, you’ll find some of the most advanced, meticulously designed and beautiful “art” (if you’re willing to call it that) inside these games rather than on the stage.

This begs the bigger unanswered question. Why put in the effort to “expose kids to the arts” at all? Is there such a paradigm as “good art” and “bad art”? To put a finer point on it, is there “useful art” and “regressive art”? Christianity says the answer is a clear yes.

Sometimes Christians think of “culture” as all the “bad” stuff “out there.” But culture is simply what humans do with the world. When God told Adam and Eve to fill the Earth and subdue it, He was telling them to make good culture. The result is that there are stories, art, music, and technological inventions that glorify God and build His Kingdom. Christian believers’ contributions to culture and the arts have been historically some of the most beautiful and influential in the world.

But evil corrupts culture-making, too. That’s why humanity also makes art that spreads bad ideas, lifts up false idols, and hurts people. People have committed great evil, exploited one another, and degraded themselves —throughout human history—all in the name of “art.”

Is it “bad” that French teens want comic books more than a ticket to the Louvre? To answer that with logical consistency, France needs more than its dominant worldview of postmodernism, which offers no moral grounding to determine what kind of “art” is beneficial and which is not. Christians should agree the arts can do great good for humankind. A good government will incentivize good culture, but it must define “good” first.

Even if the Culture Pass is not the most coherent strategy, it is still an opportunity for Christians in France, and a reminder for Christians everywhere, to continue carrying out Adam and Eve’s mandate.

If kids are struggling to get along in the world, which today’s kids definitely are, then good, true and beautiful things like art and inventions and scientific discovery can build culture that sets their imaginations towards redemption. And especially if France is going to foot the bill for a while, Christian culture-makers might as well flood the market.