The Cost of Digital Addictions? - Breakpoint
Give today to learn what it means to be a thoughtful Christian!
Skip to content 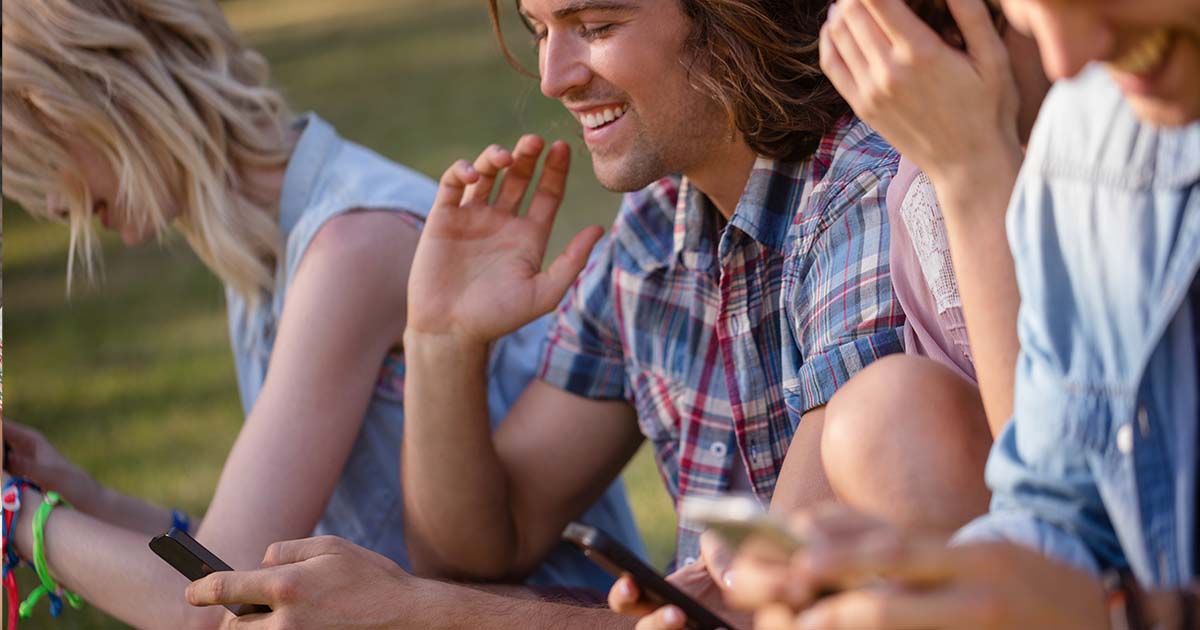 
The Cost of Digital Addictions?

In a recent Wall Street Journal article, psychiatrist Anna Lembke offered a stark warning: our favorite technologies are “drowning us in dopamine.” Dopamine is the brain’s natural feel-good chemical. It rewards us when we do enjoyable things like connect with friends, laugh at a joke, or eat a taco. Today, that powerful reward cycle is being hijacked by digital technology.

Technology is designed to be addictive. With every tap, click, and like, our brain chemistry, which is supposed to spur us on to action, is instead keeping us on our phones. As Lembke writes, “The quantity, variety, and potency of [these highly addicting] behaviors has never been greater.”

We’ve been warned, but it’s not clear that a society in which the average adult spends around eight hours a day interacting with a screen of some kind will actually listen. I’m as guilty as the next guy, but the consequences aren’t just personal. As Lembke reports, the self-reported happiness of nations in which these digital technologies are most widespread is declining.

A few years ago, an article in The Economist described the rising numbers of young men who were opting out of the workforce in order to play video games. While it’s sad young men would choose to invest so heavily in a fantasy world while ignoring the real one, the question is why? At least part of the answer is that their hearts and minds had been cultivated to pursue immediate gratification. Though such short-sighted decisions will inevitably reduce their long-term happiness, if Dr. Lembke is correct, they’re not capable of thinking that way. Not only has a generation of young men not been cultivated toward long-term, cause-and-effect thinking, they’ve actually been cultivated for short-term dopamine fixes.

In Brave New World, one of the most haunting books of the last 100 years, Aldous Huxley describes a dystopian world where pleasure, rather than pain, has finally enslaved humanity. Drugged into perpetual bliss, most people live lives of cheap hedonism. In the process, they lose those things that make life meaningful, like real connection, perspective on suffering and purpose that is bigger than physical desires.

Years later, in the Introduction to Amusing Ourselves to Death, Neil Postman summarized what Huxley got right. People, he said, would “love their oppression, (and) adore the technologies that undo their capacities to think.” Contrasting Huxley with George Orwell’s dystopian vision of state oppression, Postman wrote:

How can it be that in a society with more income, resources, and leisure time than ever, people are less happy? How is it that the most connected generation in human history is ravaged by loneliness? Why can’t a generation that (Covid aside) has seen the greatest medical advances and reduction of diseases of any era ever stop the pandemic of so-called “deaths of despair.”

Secularism offers very little that can counter the consequences of unchecked hedonism. After all, if we’re not hurting anyone, why shouldn’t we spend our time in digital fantasies? If there’s no bigger purpose to life, why shouldn’t young men pursue video games instead of jobs, a wife and a family? If there’s nothing more to God than what He can do for me, what purpose is greater than our own immediate fulfillment?  A secular culture offers no incentive to break out of our digital cages and into the real world.

The real world is more vibrant, more painful, and more meaningful than any digital counterfeit. It’s filled with image-bearers, not mere images. Our actions have consequences, without an easy restart button. We are able to love and serve a God who is actually there, in a world that actually exists, by following the beautiful, paradoxical call of discipleship: “Come, take up your cross, and follow Me. For whoever wants to save their life will lose it, but whoever loses their life for Me will find it.” This way of the kingdom, this joy of the real world, is far better than a dopamine fix.