When the Church Acts Like the World - Breakpoint
Give today to learn what it means to be a thoughtful Christian!
Skip to content 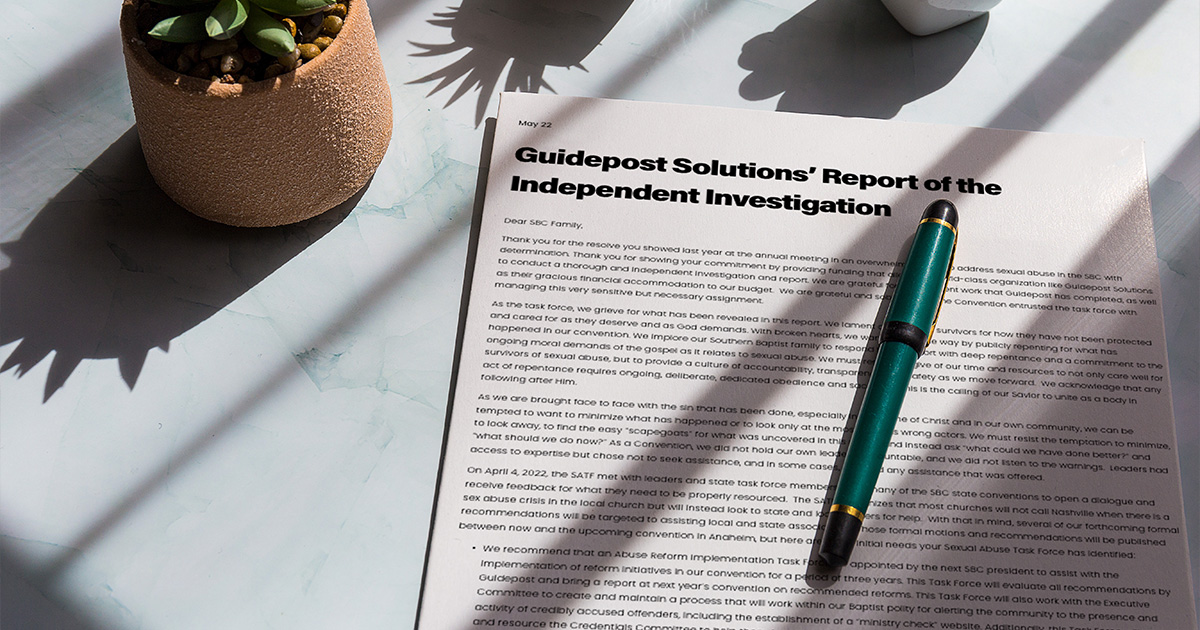 God doesn’t simply call us to be no worse than the world: He calls us to be set apart, faithful to His standards.

This past Sunday, a devastating report was released about America’s largest Protestant denomination. According to the Guidepost Solutions’ Report of the Independent Investigation on the Southern Baptist Convention, not only has sexual abuse been a scourge within the denomination, but leading members actively obstructed efforts to expose the guilty, hindered attempts by victims to report the crimes, and worked to maintain the public image of the Convention at the expense of the truth.

What the victims have been forced to endure for so long is sickening and heartbreaking. Lives will be forever marred by the level of evil and corruption described in the report.

These days, it seems as if some new revelation of sexual misconduct, abuse, or criminal behavior within the Church hits the news every few months, but it’s important to remember that, in God’s economy, the day after evil is exposed is better than the day before. Whenever evil is allowed to remain hidden, it flourishes. When it is exposed, both victims and perpetrators are in a better position to find grace, healing, and forgiveness.

Of course, we can expect the world to be wagging its fingers at each new revelation of Christian hypocrisy. In response, it is more than a little tempting to point right back. After all, Hollywood’s infamous “casting couches” long ago raised such lechery to an abhorrent art form. Even Shirley Temple, the Golden Girl of classic cinema, was chased around an office by one of the top movie moguls of her day. Yet, he kept his post despite this and other crimes.

More recently, after headlining everything from dramas to comedies to action flicks through the 90s and early 2000s, Brendan Fraser found himself cast from favor after refusing the very aggressive advances of a (male) movie executive. Five years ago, Oscar-winner Kevin Spacey was blacklisted as stories broke of his habitual abuse of young actors. Most notorious of all, Harvey Weinstein was one of the most powerful men in the film industry until the rising #MeToo movement gained enough momentum to bring him down for his systemic abuse of young women and threats against any who dared speak out about it. And that’s just Hollywood. We could also talk at length of public schools, congressional leaders, and corporate executives.

Of course, we shouldn’t expect much better from a culture like ours, in which sexual activity is treated as the high point of human existence. After celebrating Hugh Hefner as a saint and advocate for women’s dignity, how dare the world cast stones at the Church for its own failings? If they’re not any better than we are, why do we get the third degree while they get a pass?

It’s almost as if followers of Christ are held to a higher standard or something… To this we can only say, we are. By God.

One of the premiere accounts of worldly morality in the Scriptures is in the infamous story of Sodom and Gomorrah. In Genesis 19, the story is told of two angels coming to Sodom, meeting Lot in the town square, who takes them into his home. After the men of the city seek to sexually accost his guests, Lot instead offers his daughters to them as sexual sacrifices.

This horrific tale is echoed later in Judges 19: Visitors from out of town, a meeting near the city, an invitation to dinner, a rapacious mob, and finally, a young woman offered to the lust of the crowd which, in this case, turns murderous and leads to military revenge, mass executions, and human trafficking. In this story, however, it’s not sinful pagans, but the people of God who commit an evil that exceeds even that of Sodom.

The reason the story is told how it is—other than to report what actually happened—is clear. The people of Israel had become indistinguishable from their pagan neighbors. And this, God could not abide.

In Romans 2, Paul writes, “You who boast in the law dishonor God by breaking the law. For, as it is written, ‘The name of God is blasphemed among the Gentiles because of you.’” And, in 1 Corinthians 5, the apostle is aghast that a member of a Church has done worse than “the pagans.”

Sexual abuse is just as horrible and evil within the Church as without, yet we are more guilty because we should know better. We know where the human propensity for sin, evil, and abuse comes from. We know the human capacity to deceive and deflect. We know our own vulnerability, and the sin nature shared by all after Eden. So, if our defense for the sins of the Church is that those among us are no more guilty than Harvey Weinstein and Hugh Hefner, it’s fair to say that we’ve lost the plot of our own story.

When the unbelieving world acts in an immoral manner, it is no less horrible to its victims, but this is tragically to act according to their worldview. When Christians do the same, it is an abomination. After all, God doesn’t simply call us to be no worse than the world: He calls us to be set apart, faithful to His standards.

As Peter Kreeft once observed, when you find yourself on the edge of the moral abyss, the only way forward is backward. Thank God, there is repentance. Let judgment begin in the House of the Lord, and may His good and true judgment bring us to our knees. The answer now is not to circle the wagons, it is to tend to the wounded, confess our sins, and seek His face.