Why Pro-Abortion Activists Are So Committed - Breakpoint
How can we respond to those around us with truth and love? Give today to receive this month's featured resource.
Skip to content 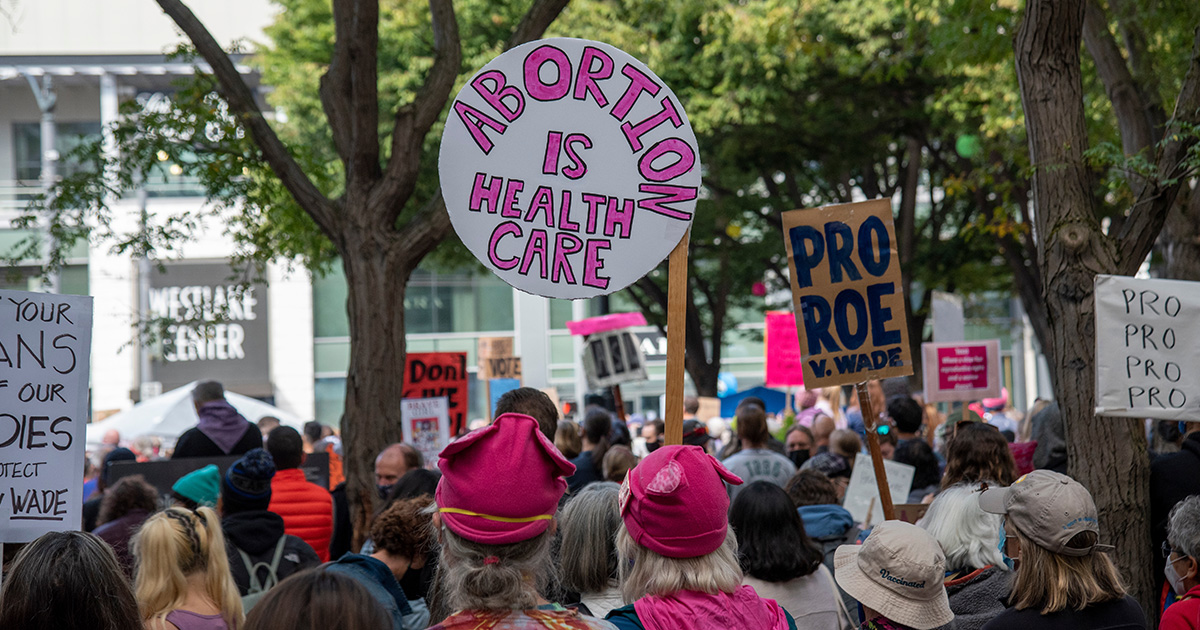 
Why Pro-Abortion Activists Are So Committed

Our job as Christians is to build a culture that promotes life. When we do, we promote life not just for each individual child but for an entire culture that sits now on the brink.

Why are pro-abortion activists so committed? Because of lies built upon centuries of bad ideas…

If we wondered just how committed some Americans are to abortion, the last couple of weeks have been a helpful demonstration. After a leaked draft opinion from the Supreme Court on the Dobbs case suggested the court might overturn Roe v. Wade, pro-abortion activists erupted. Protests were organized outside the private homes of six Supreme Court justices, vile demonstrations were held on the steps of Catholic churches, and the offices of pro-life organizations in Oregon and Wisconsin were vandalized, threatened, and even set on fire.

People are angry, and they’re not faking it. Especially for Christians praying for an end to legal abortion in the United States, it should matter to us that people feel this strongly on the other side of the issue. If we want, ultimately, to make abortion not just illegal but unthinkable, we will have to reach the very people who are so dedicated to it that they’d debase themselves and threaten others just to protect it. But we will not be able to challenge the misconceptions they believe and spread if we don’t understand what they are.

In his 2020 book, The Rise and Triumph of the Modern Self, Dr. Carl Trueman traced the philosophy behind abortion back several centuries, though these bad ideas date even earlier. When Charles Darwin suggested in the mid-19th century that human life resulted from mindless and purposeless processes, he wasn’t just making a biological claim. He was making an ontological claim. Human life, if accidental, has no ultimate purpose.

Instead, purpose had to be invented. Enter Sigmund Freud, who suggested that what we really live for is sex, even if we don’t realize it. After Freud came the philosopher Herbert Marcuse, who agreed that sex is everything. He also believed that power was a global currency. To Marcuse, so-called “sexual morals” or norms aren’t based in any objective reality but are merely inventions used by people to exert power.

Radical feminist Simone de Beauvoir built on this theory in her famous work The Second Sex. She argued that if sex is a tool of oppression, then women can only truly be free and fully human by making themselves “eunuchs.” A free woman must, she wrote, be “freed from nature” and “win control of her body.” Abortion is a tool of this fantasy.

The patron saint of every single one of these bad ideas lived centuries earlier. Jean-Jacques Rousseau suggested that human beings are inherently good in their inner nature but are corrupted by our outer interactions with other people. The solution to that corruption was to look inward. In other words, to be human is primarily a psychological, not a physical, reality.

The ideas and lives of these people, long dead, have fundamentally shaped our world. The reason that abortion is so important to its supporters is the same reason it’s so abhorrent to Christians. Nothing else reveals more about what we believe it means to be human than what we believe about abortion.

To abortion supporters, the prerogative of women to violently hinder the gender-specific ability of their bodies to bear children is central to their humanity. If we believe the biological realities of our bodies oppress or even limit our feelings and desires, we must force our bodies to comply in order to be fully human. Anyone who wants to stop us may as well be killing us.

Christians believe that to allow the killing of a vulnerable image bearer is to proclaim, among other things, that our bodies have nothing to do with being human, that God doesn’t image Himself in our bodies, that God didn’t make us for a purpose, and consequently, that He is not good—which means He is not God.

Even so, we should also remember that abortion is a real evil. Sociologist Philip Reiff believed cultures without a moral center produce what he called “deathworks,” or cultural artifacts that don’t build but only tear down. Abortion is a deathwork of a culture captive to bad ideas. It is death for death, and if we don’t put an end to it, it will kill not only babies but the women and men who embrace it.

Our job as Christians is to build a culture that promotes life. When we do, we promote life not just for each individual child but for an entire culture that sits now on the brink.