Why So Many Young People Are “Dysconnected” From Their Families, Bodies, and Reality - Breakpoint
Help make a bigger worldview possible for Christians around the globe with a year-end gift!
Skip to content 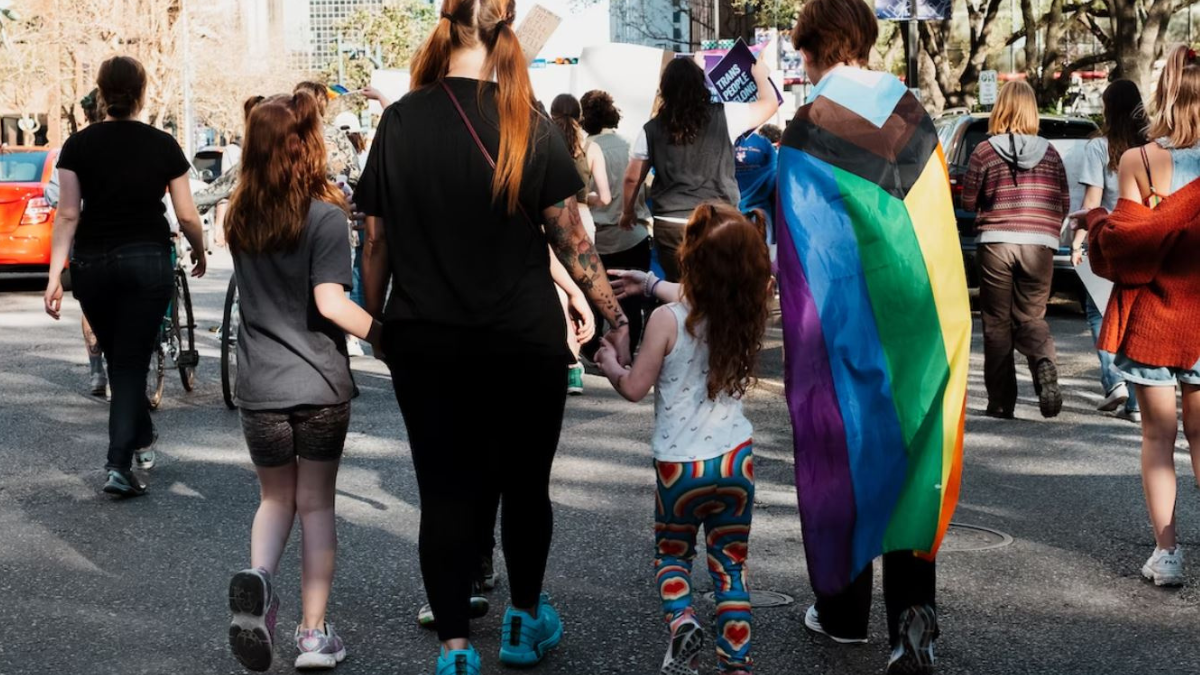 
Why So Many Young People Are “Dysconnected” From Their Families, Bodies, and Reality

A tragic trend of the past few years is the explosion in the number of young people who identify as “transgender” or “non-binary.” Filmmaker Donald J. Johnson’s latest production, Dysconnected, examines the ways transgender ideology pulls young people apart from their bodies, families, and reality itself.

A tragic trend of the past few years is the explosion in the number of young people who identify as “transgender” or “non-binary.” At the same time, corporations, educators, and the media are promoting the new and harmful ideology of gender confusion en masse, all while social media influencers actively groom young people.

Though it can take time for a counter-revolution to emerge within the public imagination, there are signs of life. One example is the popularity of the recent documentary What Is a Woman? which challenges the tenets of trans ideology by asking basic questions. Another is filmmaker Donald J. Johnson’s latest production, Dysconnected, which examines the ways transgender ideology pulls young people—especially an epidemic of young women—apart from their bodies, families, and reality itself.

Johnson’s film features an impressive lineup of thinkers and stories. Some of those he interviewed have experienced, and in some cases turned away from, the same trans road many are traveling today. Combined with a robust theology of the body, Dysconnected is one of the best resources on this epidemic I can recommend.

First, the film asks, why is this trend happening now, and at such an incredible rate?

Activists argue that being transgender is an innate quality, present in some individuals but not others. But this narrative gets nowhere close to explaining the dramatic increase of dysphoria over the last few years. As one teen, speaking on the condition of anonymity asked, “If transgenderism is biological, then why would [my] friend group of twelve people, one at a time like dominoes, be realizing that [they’re] trans?”

The power of this social contagion is particularly powerful given the broader rates of depression and isolation facing teens. Ironically, the popular trans slogan is secretly shared by millions of teenagers: “I just want people to know that I exist.” The allure is particularly strong for those who already struggle to fit in. As one recent study confirmed, those claiming a trans identity are “three to six times” more likely to be on the autism spectrum than the rest of the population: Johnson calls this the “autism factor.”

The result is a desire, not just for significance, but for safety. As is the case with many victims of abuse, dysphoria in girls often stems from a deep desire to distance themselves from any association with femininity, even their own bodies. Boys, too, can experience disgust at how men are portrayed, or trauma of their own which leads to detachment from the experience of being male.

In response, gender ideology promises that all this hurt, loneliness, and confusion will disappear if they simply push forward with medicalized intervention. In the end, it is a philosophy built around detachment: from one’s own body, from one’s own name, from parents, and finally from the scientific process of diagnosis all together. Those who desist are shunned, along with anyone questioning the imagined gender. As the filmmakers suggest, this ideology has all the characteristics of a cult.

The question is, what can parents, teachers, friends, and pastors do about it?

As in everything, we start with the truth. Like guest Ryan T. Anderson noted, all good doctors begin with the same premise.

That’s a process that will take an equal amount of clarity, compassion, and patience. But it’s not hopeless. In fact, along with the stories of detransitioners, the theological implications of sex and gender are where Dysconnected shines. These are articulated powerfully by Catholic theologian Christopher West.

Christianity has always stood in marked contrast to that dualistic rupture of body and soul. God took on a body to redeem our bodies. The Christian religion… is not as it is often thought to be, a flight from the body, to reach a spiritual reality. It is rather the opposite movement: It is God taking on a body to reach us. This is our faith. Our faith as Christians centers on Christ, the Word made flesh. And that’s where the war is.

In other words, care for the body is a spiritual battle, not just a scientific or psychological one.

Hats off to Don Johnson and his team. For the sake of those who feel disconnected, this is a war worth fighting.