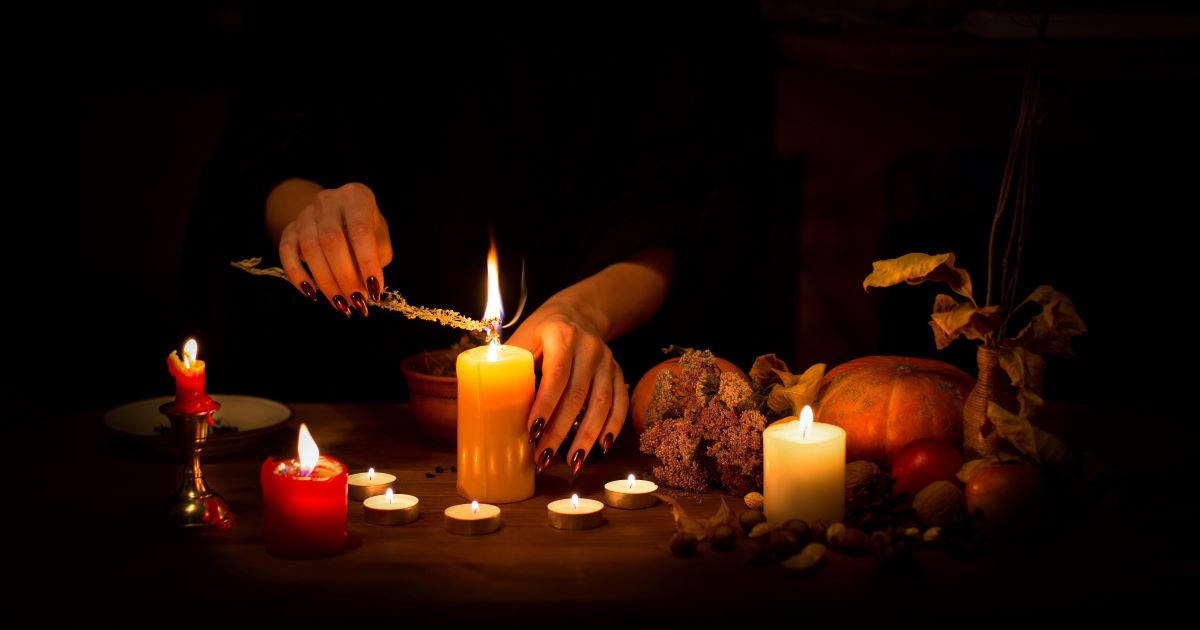 Wicca and other forms of eclectic Neo-Paganism draw their ideas and practices from a variety of sources. There is no single source or authority that they all agree on, and as a result there are multiple interpretations of Wicca with varying degrees of overlap with each other. This makes it a highly consumerist religion: you get to pick and choose what you want to believe, how you want to practice, which influences you want to incorporate, whose school to follow and how far to follow it, etc.

Although Gardner is known as the Father of Modern Wicca and one of his high priestesses Doreen Valiente its Mother, even during Gardner’s lifetime the two ended up splitting, with Valiente affiliated at least temporarily with other non-Gardnerian Wiccan Traditions. (In Wicca, a Tradition is roughly analogous to a denomination.) After Gardner’s death, the number of Wiccan traditions has grown dramatically. Some have roots in Gardner’s work; others, such as Dianic Wicca, draw from completely different sources that are flatly contradictory to Gardner’s ideas; still others draw primarily from a single ancient tradition but supplement it with elements from others (e.g. Norse Wicca or Celtic Wicca).

Although people often associate witchcraft with Satanism, Wiccans reject the connection: they argue that Satan is a Christian invention to discredit their gods and that he thus does not exist.

Wiccan traditions coming from Gardner, and more broadly Britain, tend to be duotheistic: they believe in two principal deities, male and female, identified variously as the Horned God, Cernunos, the Leader of the Wild Hunt, the Lord of Death, or the Oak King and the Holly King on the one hand, and the Great Mother, Aradia, or the Triple Goddess of Virgin, Mother, and Crone on the other.

Gardner himself and some other versions of Wicca believed in a god that stands over these. In Gardner’s case this was an impersonal, Deistic god that did not interact with humanity. Others see this god as asexual or, in Dianic Wicca, as the Great Goddess and reject the male deities of other Wiccan traditions. Others even claim to be Christian witches. There are a host of other options as well, including polytheistic, animistic, or atheistic Wicca.

However, the gods or goddesses are conceived, all Wiccan traditions identify them with pre-Christian pagan deities with the sole exception of the so-called Christian witches.

There is even variety in how the deities are perceived: some traditions see the gods as entities with whom they interact, others as simply the personification of principles or archetypes and not as independent beings. However, the gods or goddesses are conceived, all Wiccan traditions identify them with pre-Christian pagan deities with the sole exception of the so-called Christian witches.

Most Wiccans accept the classical five elements: earth, water, air, fire, and aether (or spirit) which unites the other four. These correspond to some extent to the four states of matter (solid, liquid, gas, plasma) plus quintessence (fifth essence, i.e. aether or spirit).

There is no universally agreed upon system of ethics among the various Wiccan groups, though most subscribe to the Wiccan Rede: “an it harm none, do what ye will.” In other words, the only constraint on behavior is that it should harm no one, including yourself. Many also believe in the Law of Threefold Return: Whatever you do, good or bad, will come back to you threefold, a principle that may have its origin in the Indian idea of Karma given the number of Western esotericists who studied in India.

In keeping with this potential Indian influence, most Wiccans believe that what you do in this life will affect your afterlife, with the majority believing in reincarnation.

There is no universally agreed upon system of ethics among the various Wiccan groups, though most subscribe to the Wiccan Rede: “an it harm none, do what ye will.”

Due to its self-identification as witchcraft, the practice most commonly associated with Wicca is probably ritual magic. The instructions for these rituals are contained in the various Books of Shadows used by the different traditions. Gardner’s intent in creating his Book of Shadows was to provide a model or pattern, with each practitioner writing his own, copying from Gardner what was useful or meaningful, eliminating what wasn’t, adding new material, etc. In practice, Gardner’s Book of Shadows eventually reached a fixed form, though other traditions use other practices derived from other sources or invented by the practitioners.

Spells are typically cast on a full moon or sometimes a new moon in a magic circle using a variety of magical tools. Gardner’s rituals were largely drawn from Aleister Crowley’s work, though Doreen Valiente, his High Priestess and coauthor of his Book of Shadows, tried to limit or eliminate Crowley’s influence. There are a variety of other sources for these rituals, ranging from Renaissance era or earlier magical texts to new inventions created from the imagination of the practitioners.

Once again we see in this the absence of external authority within Wicca: each tradition, each coven, each solitary practitioner is its own authority and does what is right in its own eyes, picking and choosing elements that seem meaningful or powerful and making others up out of whole cloth.

Many Wiccans distinguish between white and black magic and insist, in keeping with the Wiccan Rede, that they only practice white magic. Black magic, by definition harmful, they contend is the province of Luciferians and Satanists, not witches. That said, a number of Wiccan groups have collaborated to cast curses at President Trump, an act inconsistent with the Rede and with their contention that they only do white magic.

Along with magic and ceremonies connected with the full or new moon, most Wiccans also hold special festivals eight times per year, at the solstices, the equinoxes, and halfway between them. These eight dates form the Wheel of the Year and are the principal holy days in the Wiccan calendar.

Wicca and other eclectic systems are the most commonly encountered form of Neo-Paganism, but they are not the only ones. Various forms of ethnic paganism are also making a comeback, some of which have got decidedly violent tendencies. We will turn to these in the next article.