The Powers and Perils of Stories - BreakPoint
Skip to content 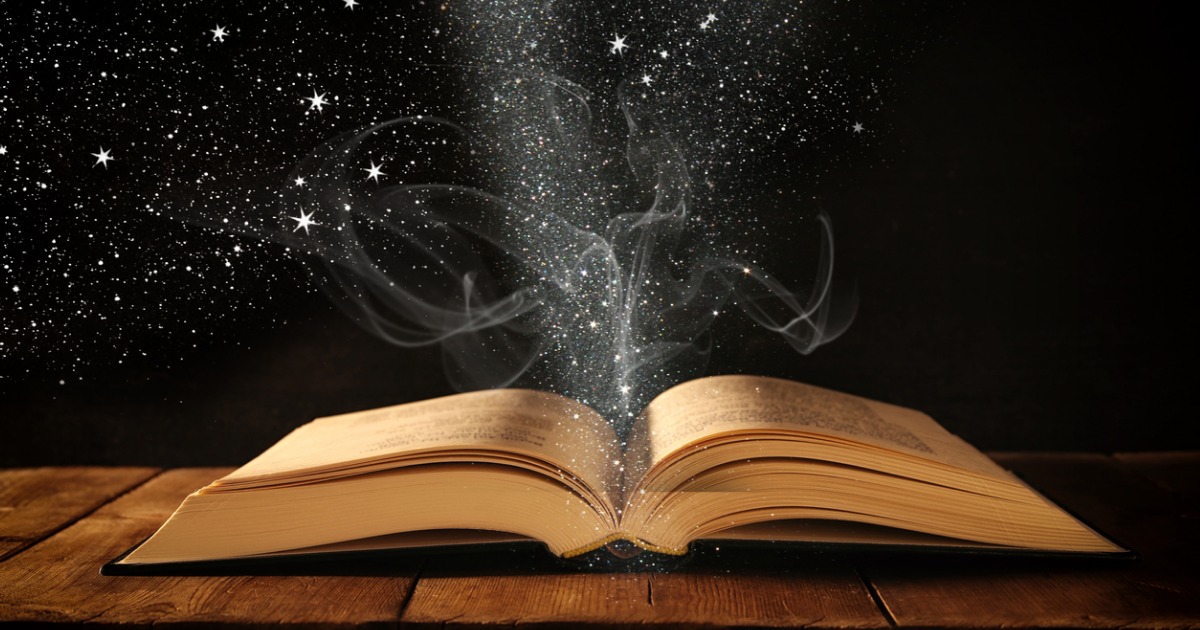 
The Powers and Perils of Stories

The power of stories to shape the human imagination is an awe-inspiring thing, far more so than any bare recitation of facts could ever dream of being. Yet this power is as available to those building on the idols of our age as it is to those of us proclaiming the Christian Worldview.

In an article recently reshared on Slate.com, Jess Zimmerman put forward what she considered to be an unorthodox contention. She argued that the rhetorical battles facing progressives had gotten so unhinged that the “woke” needed to abandon facts for a more potent tool, feelings. Lest you think I’m making this up as some kind of strawman, you’ll note that the full title of the article is “It’s Time to Give Up on Facts, Or at least to temporarily lay them down in favor of a more useful weapon: emotions.”

Now, to many of us on the conservative end of things, there was nothing remarkable about this at all. We are as “shocked” as Claude Rains’ Captain Renault to hear that someone writing for Slate, Salon, Vox, or any other left-leaning site claims that feelings should be front and center in progressive pronouncements. Such a suggestion is so entirely expected that it deserves its own “Captain Kirk is surprised” meme. It’s hardly shocking that those who rate inner-monologues as more authoritative than biology and anatomy would move in this direction. After all, Ben Shapiro and Jordan Peterson owe their online ascendancy to rebuking this very tendency.

Yet, even as we keep such criticisms in mind, let’s not miss the truth in her appeal. While conservatives and even her fellow progressives will rightly quibble with what she’s left out, Zimmerman connected to a fundamental truth about human nature. Human beings are not computers needing only data and directions to go about their business. We are persons who are far more able and liable to act in a given way when we are not simply informed by the facts but enchanted by a story.

We tend to think of this as only applying to children, and it’s easy to see why. Children naturally love to hear, and to tell, stories, ad infinitum. It doesn’t matter how many times they’ve heard the same story, they still want to hear it again. Sure, they sometimes grow weary of a given tale for a time, but they’ll come back to it, and they never tire of hearing new ones.

This is about more than entertainment. When a child hears a tale of a noble hero and a damsel in distress, it doesn’t remain something distant from her soul but something which possesses her as she takes up her favorite role in her mind. It’s deeply experiential, but it’s also instructive. By hearing these tales of courage and courtesy, children learn how to be courageous and courteous, how to face up to life’s challenges and to live graciously with one another.

Yet, this instruction is not data-driven. It’s not as though the child is taking notes on proper behavior; it’s precognitive. By seeing the good guys perform their daring deeds and the bad guys do their dastardly ones, they learn to long for honor and reject dishonor, and by this they emulate it in their lives. What begins as playacting among children becomes the life-principles of adults. All of this finds its source in the sort of stories we hear and tell ourselves.

It’s not as though we leave this trait behind at school. As adults, we continue to live in this way in our private and public lives. Remember, conservatives and progressives are both driven by their own stories, where the heroes battle the tyranny of the state or the patriarchy, depending on the perspective. The stories we tell ourselves define the way we see our world and our role in it.

Yes, repeated failures in life may lead us to numb this drive through busyness or pleasure or drink, but even in this darkness a flicker of the dream will remain, no matter how hard we try to snuff it out. Each time we read a book or see a movie or even hear a song or poem, and find ourselves carried away, even for a moment, that innate glimmer is awakened. And, if we are not careful, it may undo all our precious equilibrium and send us on an adventure.

And, yet again, there is more than this. Entertainment is grand and wonderful, and the power of stories along these lines is a great gift of God. But, stories don’t just amuse us, at least not in the contemporary meaning of “amuse.” Stories are like the Muses; they inspire us. They lead us to see ourselves and the world around us as part of a grand narrative. We find our place in the world, our sense of meaning, even our sense of purpose and morality, by the stories that enchant and inhabit us and which we seek to see made incarnate in the world.

Consider the power of a good storyteller. Such a being can change your mind when all the facts in the world left you unmoved. How many of us had a lousy history teacher growing up? I am grateful that I didn’t, but, when it came my turn to chronicle the past for others, my young charges repeatedly told me that their teachers had simply listed off a bunch of battles and dates and names, none of which held any meaning or excitement or story for them. They never saw what people from ages ago had to do with them today. Yet, when this same history was told as a story, the connections became clear and their interest was inflamed.

Think back to Zimmerman’s point about the power of feelings to undermine what are, for her, the false “facts” of conservatism. She’s not wrong. She might not be advocating things that orthodox Christianity would, but her methods aren’t as askew as we might think. How many theologians and laypeople “evolved” on LGBTQ, not because they were convinced by new data about translating this or that biblical passage, but because a loved one was gay or they read the story of those who found peace in their new identity? Oh, they may have turned a corner and gone public once an exegetical key opened the way, but their hearts were already changed by the power of a story.

Moving in the other direction, think of the effect of a testimony in bringing people to faith in Christ. How many of us converted to Christianity after hearing others share how the grace of Jesus changed their lives? Even those whose faith-journey lacks such a specific moment of conversion, we are almost certainly Christians because of the way our friends and family lived out the Christian narrative before us. Again, we may have the intellectual facts to back it up, but the power of these genuine propositional truths was animated by the story of the faith of our fathers.

This power of stories remains whether it is used for good or evil. The same skills of the writer, the preacher, the artist, or the prophet are the same whether handled by a noble or wicked man, whether in line with reality or for the sake of falsehood. The artistry involved in telling a good story is identical in spinning lies as in upholding the truth. This is the power and peril of story. It can inspire us to greatness, but it can lead down a road of destruction and depravity.

This power  lies in the fact that, as human beings, our stories don’t remain in our heads. The more we are shaped by our stories, the more we then seek to shape the world in their image. We long not only to hear grand stories but to find ourselves within one. We want to see how our part, whether great or small, fits in with the mighty tale. We cannot find full contentment until we find that story where we are, if only for a moment, the hero or the damsel. Without this connection, this participation, our lives lose meaning.

We must always be on our guard when it comes to stories. A beautiful story may be true or false, and its beauty will remain the same regardless of its veracity. Now, some today will say that it hardly matters what story we follow since they are equally comely, but as much delight as we may take in our stories, it matters very much once we seek to live them out.

The grand adventure of settling a New World was compelling enough to lead dreamers from Europe across the seas, but, in the process, their dream became a nightmare for millions of Africans and Native Americans. Communism painted a beautiful tale of human progress, justice, and a foreordained eschaton when all would be right with the world, but this story was told with pages of oppression, degradation, calamity, and was painted with the blood of its 100 million victims. The truth of stories matters a very great deal to those who are forced to live them out.

This question of truth bedeviled a young British intellectual in 1931. On a long road from his native Christianity, he’d meandered through atheism and pantheism and had finally found his way back to theism. A great lover of stories, C. S. Lewis was captivated by ancient myths and even by the beauty of Christianity, but he couldn’t take that one step of saying that it was the true story.

He admitted to his friend “Tollers,” that the story of the Bible made for a wonderful tale, but, he insisted its glory was merely “lies breathed through silver,” a beauty lacking truth. His friend, J. R. R. Tolkien, responded that, indeed, Christianity is a myth but that it is a true myth. It is the grand story of which we are all a part and to which all truth in all stories point. Lewis shortly accepted the truth of Christ and would spend the rest of his life writing his own small stories which pointed clearer than few others, to this great Story of which he was now fully a part.

When we speak in worldview terms, we say things like Creation, the Fall, Redemption, and Restoration, and this is very true. But we could also speak of Christianity as the story of a damsel in tragic distress, oppressed by a dangerous beast. On her own she has no hope of escaping his clutches, but she is not alone. The Hero comes along and lays down His life, slaying the beast in the process, before whisking His Beloved away to live happily ever after.

The truth of Christianity is the truth of a story, and it’s the greatest story in the world. Christ, the Hero, has won the day, and one day He will come for His Bride. We are called to become enchanted with this true story and to live our lives in light of it.