Wrong Diagnosis, Wrong Treatment, Wrong Patient - Breakpoint
How can we respond to those around us with truth and love? Give today to receive this month's featured resource.
Skip to content 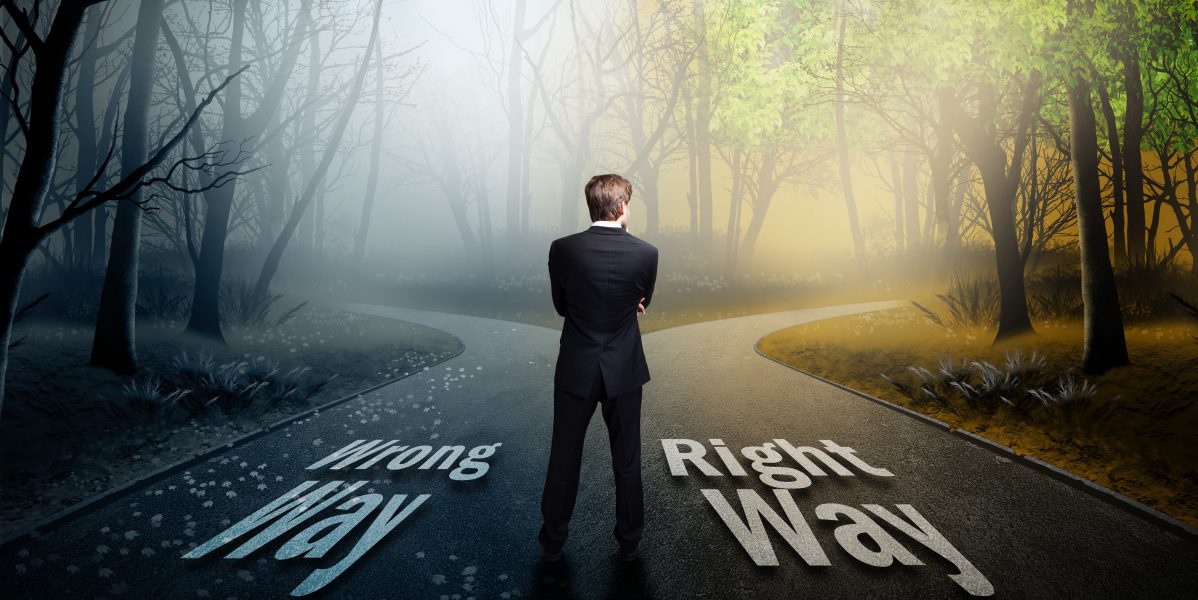 Writing last week in USA Today, Oliver Thomas made an argument that’s become wearisomely familiar: that “American churches must reject literalism and admit we got it wrong on gay people.” Actually, this is more of an assertion than an argument. And Thomas, whose bio says he’s on the board of contributors at USA Today and is a retired American Baptist Minister, seems to be confusing “literalism” with “inerrancy.” To wit: he offers no metaphorical or symbolic interpretation of the New Testament’s flat condemnations of homosexual behavior that would render them true in a merely figurative sense. He just thinks they’re wrong, rooted in their authors’ ignorance and prejudice. He makes that abundantly clear.

But between taking potshots at the reliability of Scripture, trotting out the standard tropes about shellfish and menstruation in Leviticus, and listing all the times he thinks Christians have been on the wrong side of history, doubting Thomas does manage to make an argument, albeit an indefensible one: “Churches will continue hemorrhaging members until we face the truth: Being a faithful Christian does not mean accepting everything the Bible teaches.”

We endure this same editorial, with minor variations, every few months from CNN, The New York Times, or some other notoriously left-leaning publication. The thesis goes like this: The American church is shrinking, and Christians who won’t get on board with the new sexual orthodoxy are to blame. If the church wants to survive, it needs to modernize its teaching on sexuality and its reading of the Bible, setting aside old prejudices and affirming LGBT identities and lifestyles. As the late Rachel Held Evans wrote at CNN a few years ago, “What millennials really want from the church is not a change in style but a change in substance. We want an end to the culture wars…We want our LGBT friends to feel truly welcome in our faith communities.” Only then, she warned, will churches be able to stem the cascade of young people from their exit doors.

Thomas rides this same horse into the ground, treating the LGBT movement as a kind of new Pentecost: “The church is killing itself. A great revelation has occurred that is bringing joy and happiness to millions, but it is being met with resistance and retrenchment from may of my colleagues inside the church.” Pointing to statistics about the decline in religious affiliation in America, he makes a straightforward cause-and-effect argument that evangelicals and Catholics who won’t accept homosexual behavior are at fault. This decline will continue apace, he laments, “until we muster the courage to face the truth: We got it wrong on gays and lesbians.” He follows this grim prognosis up with a grandfatherly pat on the head: “This shouldn’t alarm or surprise us. We have learned some things that the ancients—including Moses and Paul—simply did not know.”

How to read statistics, evidently, was not among them.

Roughly speaking, there are two groups of churches in America. There are those who have followed the advice of these semi-annual editorials and modernized on sexuality, gender, the authority of Scripture, etc. With few exceptions, these fall into what’s generally known as “Mainline Protestantism”—denominations like the Episcopal Church, the Presbyterian Church (USA), the American Baptist Churches, the United Churches of Christ, the Evangelical Lutheran Church in America, and so on.

Then there are those who have broken off over the years in order to maintain more traditional theological stances, and are generally called “evangelical”—denominations like the Anglican Church in North America, the Presbyterian Church in America, the Southern Baptist Convention, the Lutheran Church Missouri Synod, the Churches of Christ, the Assemblies of God, and so on. Certain denominations, like the United Methodists, straddle the divide between the two, due to extensive overseas membership which pulls what would otherwise be a very liberal communion in a traditional and even evangelical direction.

Here’s the problem with Thomas’ thesis: If we make a list of Mainline Protestant denominations that have modernized on sexuality and set it next to a list of American denominations suffering the steepest declines in membership, the two would correspond almost exactly. The Episcopal Church lost nearly a third of its members between 1980 and 2015, despite a growing American general population. The Presbyterian Church (USA) has lost well over a third of its members in just the past decade. The story is the same with the United Church of Christ.

Back in 2015, Ed Stetzer began pointing this out, tracking the inverse trends in the Washington Post with a graph that had two lines: a green one showing forty years of dramatic growth in the number of Americans regularly attending evangelical churches, and a tumbling red line representing attendance in Mainline churches over the same period. “In 1972,” Stetzer writes, “the regular church attenders, those who attend nearly once a week or more, in each group made up close to the same percentage of the American population—8.6 percent for mainline Protestants and 7.9 percent for evangelicals.”

In the four decades since, a massive gap has opened up. Now “one in eight adults in America are regularly attending an evangelical church, but fewer than one in 25 Americans show up to a mainline church nearly every week.” These numbers are particularly important because they show a gap not only in raw membership, but in religious commitment. Of the folks on the rolls in Mainline and evangelical churches, only the evangelicals show the kind of loyalty that translates to long-term institutional viability.

United Methodists illustrate the divide between thriving conservative faith and terminal liberal faith with unique clarity, because they have both in the same denomination. America’s second-largest Protestant body, like most Mainlines, is suffering a precipitous decline stateside. But its global membership is actually ballooning, particularly in Africa and the Philippines. Just weeks ago, these international voices made themselves heard at the denomination’s General Conference where—over passionate objections from liberal North American members—they voted to reaffirm the church’s historical stance on homosexual relationships. The move prompted serious discussion among liberals about sundering the denomination. If they do so, the liberals’ fate is all but certain.

As Ed Stetzer wrote two Easters ago in the Washington Post, “Mainline Protestantism has just 23 Easters left.” The trajectories of these liberal denominations are so dire that their “expiration date” as churches—when their membership will essentially dry up—is 2039.

Stetzer doesn’t shy from speculating about the cause, and it’s precisely the opposite of what Thomas argues: “Over the past few decades, some mainline Protestants have abandoned the central doctrines that were deemed ‘offensive’ to the surrounding culture: Jesus literally died for our sins and rose from the dead, the view of the authority of the Bible, the need for personal conversion and more.” What remains of Christianity after Mainline churches have modernized on all these points, he argues, is so similar to what the dominant American culture is preaching that people no longer see the point of going to church. Why bother? As one friend of mine put it, they can get the same spirituality with a higher production value from Ellen DeGeneres.

If opinion writers who endlessly repeat the argument that American churches must affirm sexual immorality or die of hemorrhage were physicians, they would kill their patients. I recommend Oliver Thomas re-read the statistics. Because not only is he issuing the wrong diagnosis and prescribing the wrong treatment. He’s not even talking to the right patient.