A Goodbye to Grandma’s House - Breakpoint
What makes the Church essential? Click here to learn more.
Skip to content 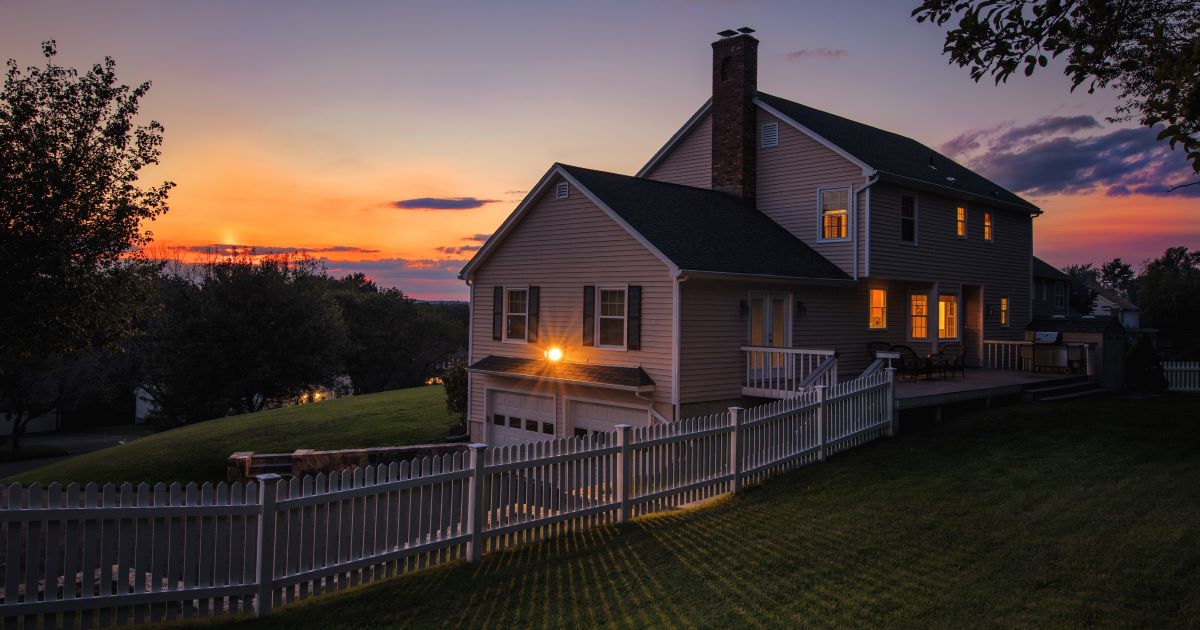 
A Goodbye to Grandma’s House

A house is an inanimate object, and as a terrifying number of people in the western United States and the Gulf Coast can now attest, houses are objects that burn or blow away. But these stacks of wood-and-nails also have a way of becoming symbolic of more important things, especially to children.

That was the case with my Grandmother’s house of almost twenty-five years, which still stands, but now belongs to a stranger. Saying goodbye to that house and moving Grandma into a smaller one feels like the close of a chapter I wasn’t finished reading. But remembering that place has renewed my resolve to give my own children a home, not just somewhere to live. It’s also reminded me to fill the walls of that home with more than just two generations.

Growing up, one of the greatest gifts I enjoyed was my extended family, and “Grandma and Grandpa’s house” was a focal point for that gift. There was a stretch of years that began before my memory sharpens and ends around 2010 during which my maternal grandparents, together with my aunts, their husbands, and my cousins, gathered for birthdays, anniversaries, Thanksgiving, Memorial and Labor Days, and especially for Christmas.

Usually this happened at a two-story, tin-roofed, unmistakably southern “farmhouse” ensconced in a Floridian Eden of live oaks, orchids, and bamboo. The air there was always thick with butterflies and the rattle of Grandpa’s tractor as he dug a new pond or flower bed (he had two green thumbs and probably a couple of fingers). But if nostalgia were a sound, it might be Grandma’s festive “hello!” as grandkids burst through the back door into the kitchen (hardly anybody used the front). The chime of the grandfather clock might as well have been church bells for me.

But if nostalgia were a sound, it might be Grandma’s festive “hello!” as grandkids burst through the back door into the kitchen (hardly anybody used the front). The chime of the grandfather clock might as well have been church bells for me.

Christmas became an especially high feast day for our Baptist family. A clan-wide slumber party developed in which fifteen celebrants fresh from candle-light Christmas Eve services would descend on this home with casseroles, cheese platters, salads, desserts, and gifts to close the year as only our family knew how. A soundtrack of outdated Christian albums played as we tucked into Grandma’s pot roast soup and found ourselves breathless over jokes that probably weren’t funny outside of those walls.

After a while, we would bed down, all the cousins in sleeping bags in the “game room” and the adults eventually settling throughout the house. Someone usually ended up on the couch beside the Christmas tree. The next morning, of course, was an early and boisterous one. This is how it unfolded annually, and somehow Grandma and Grandpa never seemed to tire of it.

In the years before Grandpa died, that house took on new significance. My wife and I spent several months there as a stopover on our planned move to Northern Virginia. We had our first baby while living there, and watched more “Jeopardy” than anyone our age likely ever had. Long talks on the porch and in the living room helped me understand my grandfather as few young men understand their family’s patriarch. He and Grandma needed no lessons in hospitality; we weren’t the only family members who spent a season in the game-room-turned-guest-suite. In the final years I knew that home, it became as much a refuge for extended family as a place for us to celebrate.

Without the strength of Grandpa’s personality, that house seemed to lose an intangible quality. It took on the stillness of a memorial, and the light seemed to dim a little. The extended family gatherings became rarer and faces were missing. Of course, much of this was simply adulthood setting in for me. The torch passed hands the moment my parents became grandparents, and I acknowledged what of course I had always known: that Grandma’s house was never anything more than a house.

All of this makes me suspect that God has no qualms with heavenly treasures sanctifying the earthly arks we construct, nor does He mind if we look back sadly when they change hands. My nostalgia is not for a structure but for the love and hospitality that filled it—for the temporal glimpse I was given there of an eternal feast.

But boxing up furniture, pictures, and decorations that were fixtures of my childhood still felt sacrilegious. The conviction in every young heart that grandparents are permanent has a way of rubbing off on the boards and nails within which they live. To discover that these people are mortal—travelers near the end of a journey you yourself are on—is a jolt.

Yet as I sit with Grandma and reminisce, as I remember my Dad’s parents, who finished their race some years earlier, and as I watch my own sons and daughter walk through the heedless eternity of childhood, I realize that nothing of substance was lost behind that “Sold” sign. If you know what to look for, “Grandma and Grandpa’s house” can be any old place, game room or no—tractor or no. The music of extended kinship, sanctified by rituals that resonate with eternity, can echo from any set of walls. I know because I’ve watched my own parents’ home take on that sacral quality in my children’s eyes. I can even see the beginnings of it in our home.

All of this makes me suspect that God has no qualms with heavenly treasures sanctifying the earthly arks we construct, nor does He mind if we look back sadly when they change hands. My nostalgia is not for a structure but for the love and hospitality that filled it—for the temporal glimpse I was given there of an eternal feast. Knowing this has determined me to fill new vessels with that grace of intergenerational love, and to give my kids what was given to me. And if someday the place I live takes on the hallowed title “Grandma and Grandpa’s house”—invested with all the meaning I put into those words as a child—I will have succeeded.