“A Hidden Life” Preaches a Profound Gospel in Few Words - BreakPoint
Join us in helping to equip and renew the Church with a Christian worldview by giving before our fiscal-year ends!
Skip to content 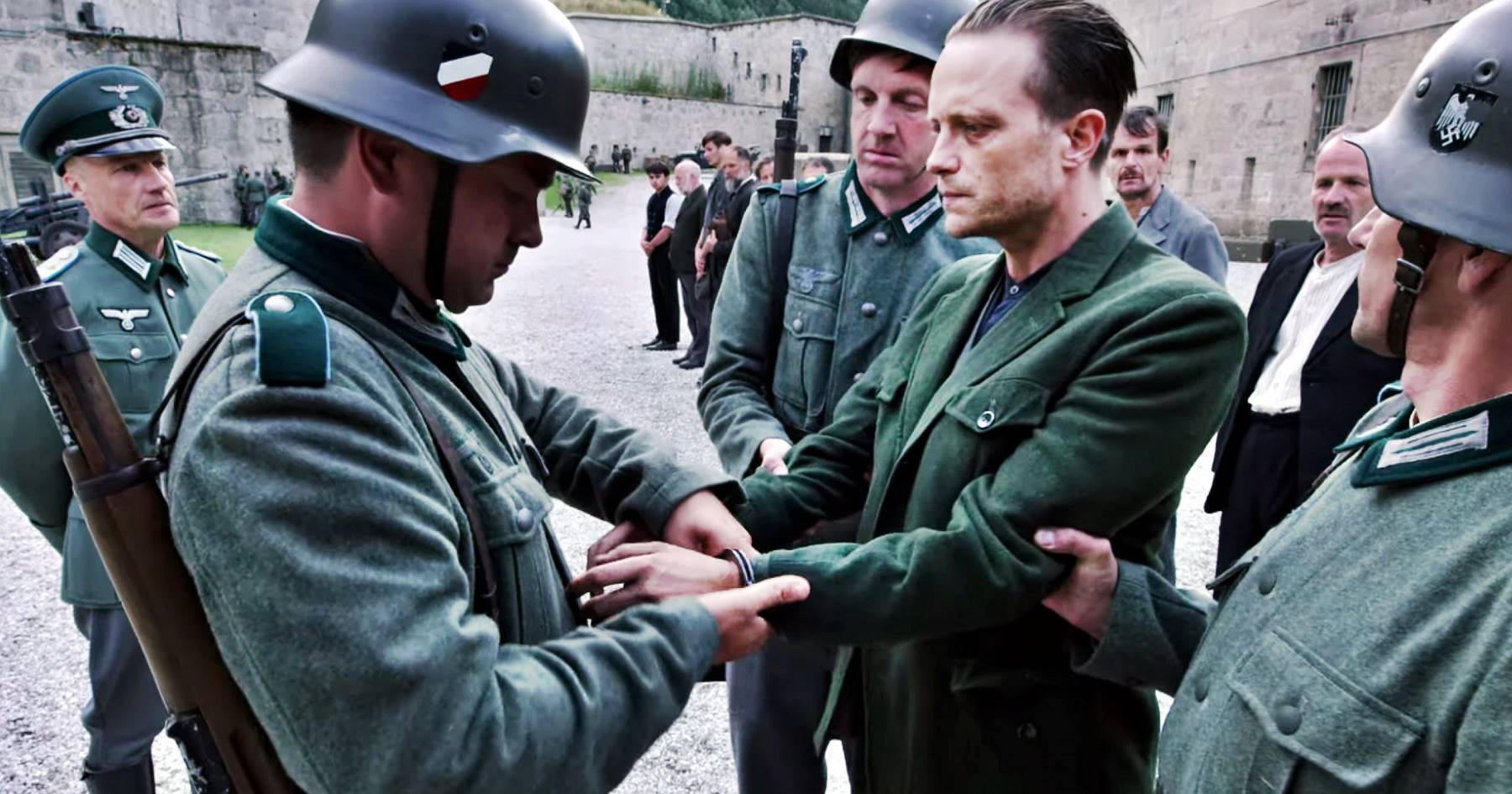 
“A Hidden Life” Preaches a Profound Gospel in Few Words

A substantial part of Terrence Malick’s latest movie “A Hidden Life” takes place in a German prison where the film’s protagonist, a real historical figure now considered a Catholic saint, Franz Jägerstätter, is being held in prison for refusing to swear a loyalty oath to Hitler. As he mills about the prison courtyard with his fellow inmates, two words loom large on the stone wall that fences them in: “Sprechen Verboten.” Speaking prohibited.

Rod Dreher, senior editor at the American Conservative, has called “A Hidden Life,” “the best evocation of the gospel ever put to film.” That’s a serious claim to make. And I might agree.

Malick, a director known for transportive cinematography, takes viewers into the remote Austrian village of St. Radegund in the early 1940s. There, Franz, his wife Fani, and their three small daughters, faithfully farm their land and faithfully attend the local Catholic Church. When Franz hears about Hitler’s conquests, he begins to worry. His worst fears are realized when he’s called up for military service but refuses to swear the required oath to the Führer. Ultimately, Franz Jägerstätter was imprisoned, tortured, and ultimately, executed.

Not only does the film powerfully portray the suffering Franz is forced to endure, but how his decision to refuse the oath baffles nearly everyone else around him. Apparently, it’s a decision that still baffles people today, especially the film critics.

For example, in a review for Rolling Stone, Peter Travers faults Malick for giving audiences, quote, “very little to help us understand the man behind the saint” and next to nothing about “the thought process that helped Franz hold steadfast.” Apparently for Travers, devout Christian faith is “very little.” In reality, by portraying Franz’s devout Christian faith so clearly, Malick has told audiences all we need to know.

Before his imprisonment, Franz seeks counsel from his local priest and eventually the bishop. Both warn what his obstinance might bring to bear on his vulnerable family. Even so, he holds fast to his faith, and his wife holds fast to hers.

Given the central role faith plays in the film, one might expect it to be a bit more preachy. In fact, there’s very little dialogue, preaching or otherwise, in the whole three-hour film. While we hear the words of faith in Franz’s letters to Fani and in Fani’s prayers for Franz, it’s almost as if the sign on the prison wall, “speaking prohibited,” is the film’s central theme. Thus, in this film, the gospel’s power and Franz’s faith is mostly shown, not spoken.

Perhaps that’s why certain secular critics missed the obvious. Franz doesn’t give a theological lecture on the historicity of the resurrection or virtue signal via rousing testimony about his own moral courage. His is a quiet faithfulness, first shown by how he works his farm, trusting God for harvest, and eventually shown as he follows his conscience, which for some reason, just won’t allow him to say the words of the oath that’s required.

Franz faces every temptation to compromise. His neighbors and family even appeal to his own values in attempting to change his mind. Isn’t he being prideful or judgmental by refusing to swear the oath? Doesn’t he have a duty to his family? And, of course, there’s the temptation to be “practical.” What if, Franz’s lawyer asks him, he could serve as a medic? What if he didn’t have to carry arms? Would that solve the problem?

Franz’s final answer is finally put into words, in a powerful scene in which a Nazi officer – not unlike Pontius Pilate questioning Jesus – asks why he’s doing this. Franz’s answer: “I don’t know. I just know that something inside of me tells me I can’t swear that oath.”

This is the Christian life. Everyday faithfulness to what the Holy Spirit is asking of us.

Will his defiance change the course of the war? Will it bring down Hitler? Probably not. Will it endanger him and his family? Definitely yes. But God doesn’t call us to results; those are always and everywhere His. He calls us to obedience – even if it’s hidden.

I cannot say that Franz’s decision is prescriptive for everyone else. The key is that Franz must follow God’s call on his own life. In an early scene, Franz tells a frightened fellow inmate to “trust what you knew in better times.” If we, like Franz, build a solid foundation for faith in better times, we will have the ears to hear what God would have us do in the midst of our trials.

This film will give you lots to think and talk about it. Please know it contains some violence, and its subject matter is obviously intense. But I recommend it heartily.

The Miracle Of ‘A Hidden Life’