Are Conspiracy Theories Like QAnon Reliable? - Breakpoint
Help make a bigger worldview possible for Christians around the globe with a year-end gift!
Skip to content 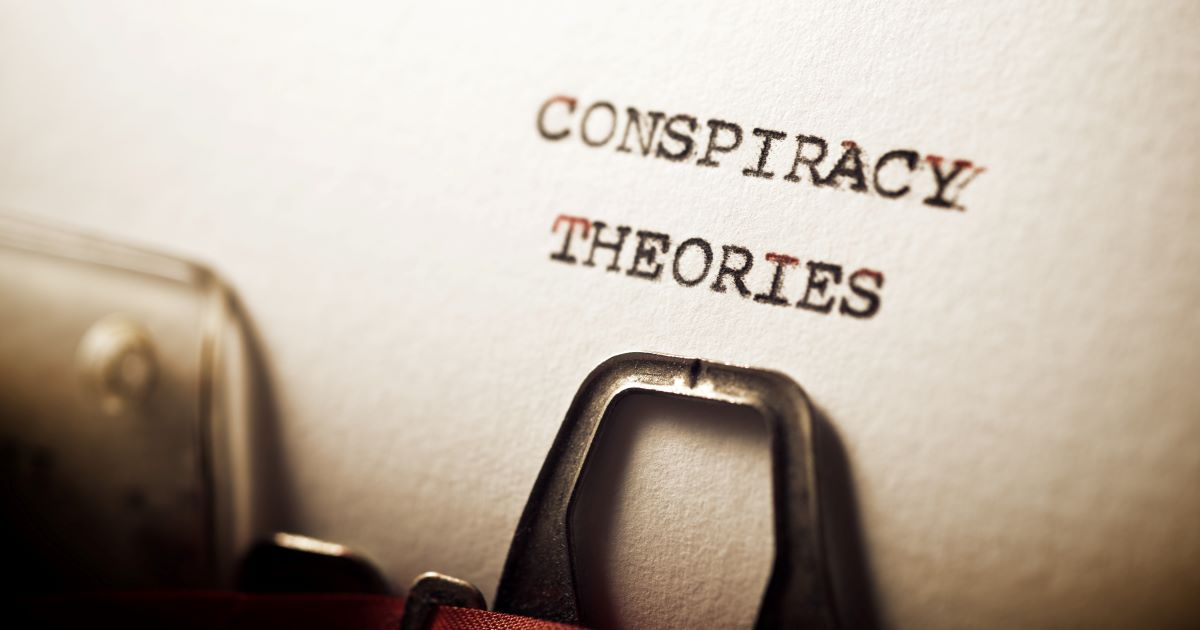 I find your article on Q Anon wrong in many aspects. I follow Q. I don’t believe everything I read, but whoever is Q has been spot on many times. Many of my Christian friends agree with me. I am saddened that you have labeled those that follow as NUTS or worse being led by Satan down to hell (my interpretation). Q has been spot on too many times when it comes to the info that is posted. Am I now supposed to not follow Breakpoint because we disagree? Nope, that’s not the way I would react. God bless your Ministry.

As you may have guessed, given this topic and our take, we’ve gotten quite a few responses to that particular post. For the sake of time, I won’t be replying to much of any of them, but I will to yours. Not because I agree with you but because even though you disagreed with us, you don’t see that as a reason to stop hearing us out. That attitude is a rarity these days, and I greatly appreciate it.

First off, we don’t think you’re nuts. We’re not going to go around making claims about others’ sanity or morality simply because they don’t agree with us. Goodness, most people don’t agree with us! Life’s too complex a thing to think that the only reason people could dissent from one another is if one of them is unbalanced in some way.

As to Q etc., we don’t buy their take on things because, again, life’s not that simple. If you look back over history, you’ll find that the grand events that have shaped our world have had precious little to do with any plan or orchestration wrought by human conspirators, but nearly have always come from the combinations of competing interests, natural phenomena, and random circumstance. Simple answers are appealing, particularly in a chaotic age like ours, but reality can’t be explained by looking for a group of folks behind it all.

Human beings are just not up to that task. Schemes on the level of conspiracy theories don’t work because people aren’t that smooth. I’m not suggesting that there aren’t those trying to do this-and-that or that they don’t succeed sometimes. However, how more often do they fail? The greater the number of people involved and the greater the significance of the plot, the less likely it will be held together or kept secret. People are too selfish, too inept, and too impatient to keep up a charade for any extended period of time when the dangers of secrecy and rewards of exposure are so great.

As to Q’s accuracy, let’s consider this. If you and I were to forecast future events, we could likely come up with a fairly good win/loss ratio, provided we were careful to mention only certain things: Political corruption, natural disasters, wars and rumors of wars, and so on. We wouldn’t be good at this because of some secret knowledge we possessed but because those are the sorts of things that always happen. Are there elites secretly involved in all sorts of disgusting shenanigans? Sure . . . just as they were a hundred years ago or a thousand years ago.

The only difference now is that, with mass and electronic media, a lot more can be tracked, traced, and selectively placed in a purported pattern. That’s something else to consider in all this. So long there is enough data to wade through, it is quite easy to create an impression that “there’s something going on” when, in reality, all that’s happened is that someone has taken the trouble to present the information in a way that makes it look like “there’s something going on.”

And sometimes, patterns are more a matter of appearance than reality. Lincoln and Kennedy came to office in 1861 and 1961, respectively, and were both shot in the head. Their assassins, each of whom is known by a three-part name, either fired from a theater and hid in a warehouse or fired from a warehouse and hid in a theater. Both killers were themselves killed before trial, and both Presidents were succeeded by Southerners named Johnson.

Now, there actually was a conspiracy to kill Lincoln, and a significant number of Americans think the same regarding Kennedy. But, do these commonalities entail a connection tying the two deaths together? Not likely. Weird, yes. Mildly unnerving, yes. Pattern or plot, no.

Look, are there rich and powerful people hiding their sex slaves? Yes, and so are the not so rich and not so powerful. Are there those seeking to take advantage of this or that crisis to advance their respective agendas? Absolutely, but there are always those trying to do that, and they are rarely in line with one another, and most end up falling flat on their faces. Is the press trying to push a “narrative” that helps their favored policies even if it means hiding the truth or changing their stories? Without a doubt, but plain old arrogance, ignorance, and groupthink are enough to account for that.

People rise and fall despite their best efforts to maintain control of just their own lives, let alone the lives of millions or billions of others. Human nature, being what it is, doesn’t need a conspiracy to foster a spirit of corruption and deceit. We do that quite well enough without a plan. But, human nature, being what it is, isn’t strong enough for individual and factional ambitions to be set aside long enough for elaborate schemes to remain intact. We’re not careful enough for that.

Whether through the dramatic tragedy of their own flaws or the rival plans of others or even the unpredictable effects of “fate,” there is simply no way for a grand conspiracy to hold together against the combined efforts of human frailty and uncontrollable variables.

So, if we want to say that people are up to no good and are keeping it a secret, that’s true, but that’s hardly a revelation or cause to believe in a conspiracy. If, on the other hand, we want to say that the evils of this world flow from a set of plotters lurking in the shadows, then that’s not exactly consistent with what we know of human nature, either from our own observation over time or divine disclosure in the Bible.

Now some may contend that basic logic leans in the direction of a simpler explanation as found in this or that conspiracy theory. After all, isn’t Occam’s Razor a good rule of thumb for determining the truth of a hypothesis? What’s simpler to explain the chaos of the world than a singular group pushing society in along this troubled path?

I’d contend that, on the contrary, Occam’s Razor is the conspiracy theorist’s Kryptonite. What is the simpler explanation? That a group of nefarious people are behind the evil in the world, or that people, being evil all on their own, manage to commit the evil, all on their own?

Our charge, if you will, against conspiracy theories is not that they’re simple, and therefore in line with Occam, but that they’re simplistic, assigning to a single group, or series of groups, an agency over all of life and human behavior that is entirely alien to the biblical understanding of the world.

There are no “them” in the Bible. We are “them.” The evil isn’t over there; it’s in here, in our hearts, in our vanities, and in our deeply flawed characters. There’s simply (pun intended) nothing in the Bible or history to suggest that anything resembling conspiracy theories are viable explanations for human behavior.