The Victims of Bad Ideas - BreakPoint
Skip to content 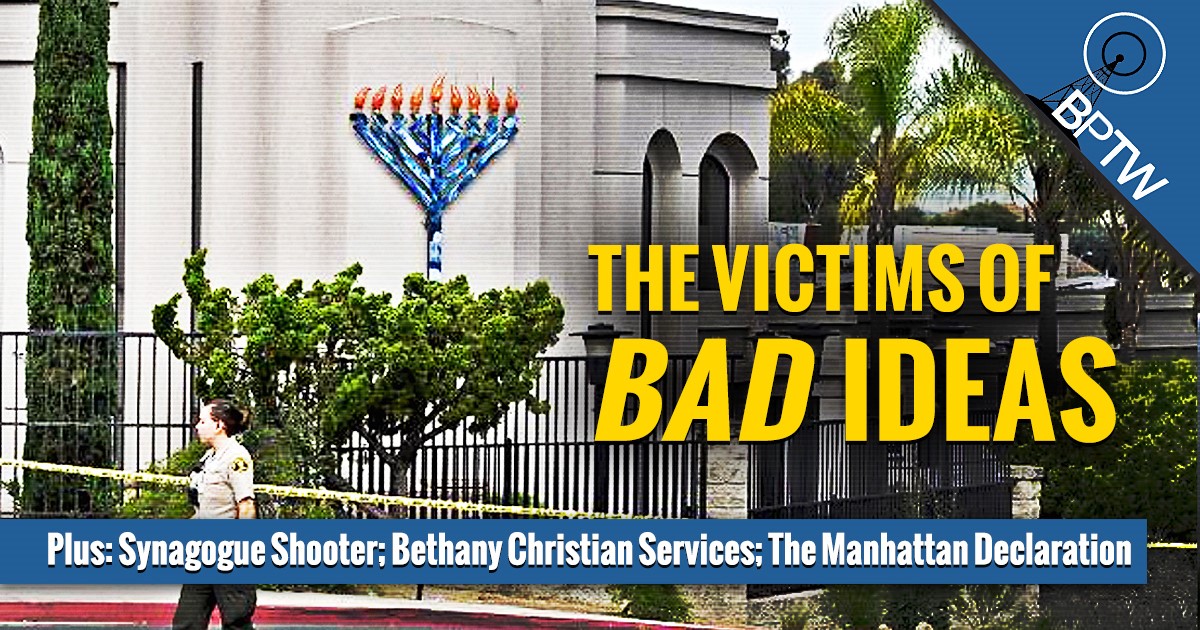 
The Victims of Bad Ideas

John Stonestreet and Warren Smith double down on the truth that ideas have consequences, and bad ideas have victims. Those bad ideas include the anti-Semitism and hatred that drove an outstanding student and member of an Orthodox Presbyterian to murder, as well the ideology of the new sexual orthodoxy that would force Bethany Christian services to agree to place foster children with same-sex couples in Michigan.

John and Warren also mark the 10th anniversary of the Manhattan Declaration in defense of  marriage, life, and religious  freedom. They also discuss the new HHS rules that will protect the conscience rights of medical workers and a new ranking of America’s “sin cities.”