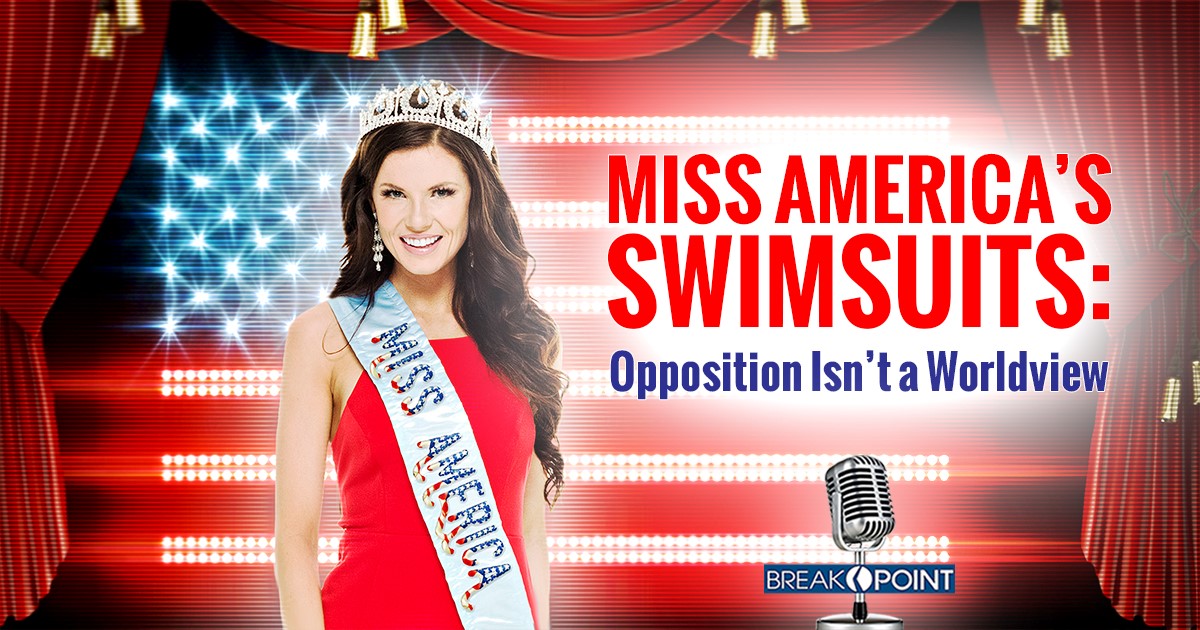 Well, swimsuits are history for Miss America, and reactions to this news by many conservatives reveals more than I wanted to see. Twenty years ago, social conservatives were crusading against pornography and sexual objectification. They would have cheered if the nation’s largest beauty pageant eliminated its bikini competition. Recently, Miss America chair Gretchen Carlson announced that her pageant is scrapping its swimsuit segment. Now, she says, they’ll be judged wholly on who they are, not how they look. Of course, since its beginning, the #MeToo awareness campaign has elicited some strange reversals. Some liberals have abandoned the idea that showing skin equals empowerment. After decades of fighting to normalize skimpy attire in the name of women’s liberation, there’s been a shocking realization that it was mostly men, not women, who liked to see ladies on stage in little more than their underwear. And in another bizarre reversal, a writer at the National Review lamented the end of Miss America’s bikini contest, saying—and I quote—“I like looking at really beautiful women, including when they wear bikinis.” If I said that, my wife would punch me in the nose. Of course men like looking at women in bikinis, there’s no question there. But that doesn’t make it right. In the not-too-recent memory, a conservative man would have been ashamed to say something like that, perhaps thinking of Jesus’ words that “anyone who looks at a woman with lust has already committed adultery with her in his heart.” In another article over at The Stream, the decision by the Miss America pageant to allow contestants to keep their clothes on was compared with Islamic tyranny and burqas. In a strange theological twist, the end of the pageant’s bikini era was called an “[attack] on creation itself” by “modern gnostics,” because watching these ladies in a state of undress on national television is “part of our God-given natures.” Those are quotes. For the record, I can’t imagine that the Miss America pageant will survive this new incarnation as essentially a women’s talent show. And I don’t think there’s anything necessarily wrong with tasteful celebrations of female beauty. But honestly, it’s dumbfounding to see conservatives defending a contest that requires dozens of women to parade around nearly naked in front of millions of viewers. I’ve long appreciated both the National Review and The Stream, but these takes are terrible. They remind me of of that bizarre and misguided tribute to Hugh Hefner in the Federalist last year, in which the founder of Playboy was praised for celebrating—again, I’m quoting—“the sexual complementarity that has bound men and women together since the dawn of time.” Too often, as my colleague Shane Morris wrote over at Patheos recently, conservative positions seem these days to be determined by whatever is opposite to the Left. Typically, that’s not a bad place to be, but these recent defenses of the risqué, like skimpy swimsuits and the objectification of women, is not where any of us should be! Mere opposition cannot adequately ground a Christian worldview. Often, we’ll need to stand for something besides what the other side is against. The only way to know is if our worldview is built on something more stable than the changing visions of political leanings. As I’ve said from the beginning, Christians shouldn’t dismiss the current backlash against sexual abuse. We should welcome it. The problem of men taking advantage of women, as recent events have made clear, exists on both sides of the church doors. We certainly cannot agree with everything the leaders of the #MeToo movement believe. But if we can’t stand against judging mostly-naked women on their appearance, do we really stand for anything at all?   Miss America’s Swimsuits: Opposition Isn’t a Worldview Despite the hyper-sexualized culture surrounding us, there are signs of lucidity and common sense. For Christians, supporting and encouraging any small steps toward modesty and purity is always the most Christ-like attitude. Read Shane Morris's interesting critique on the Miss America decision here.