Christians who Changed their World: Gudrid Thorbjarnardóttir, “the Far Traveler” (c.980-c.1019) - BreakPoint
Join us in helping to equip and renew the Church with a Christian worldview by giving before our fiscal-year ends!
Skip to content 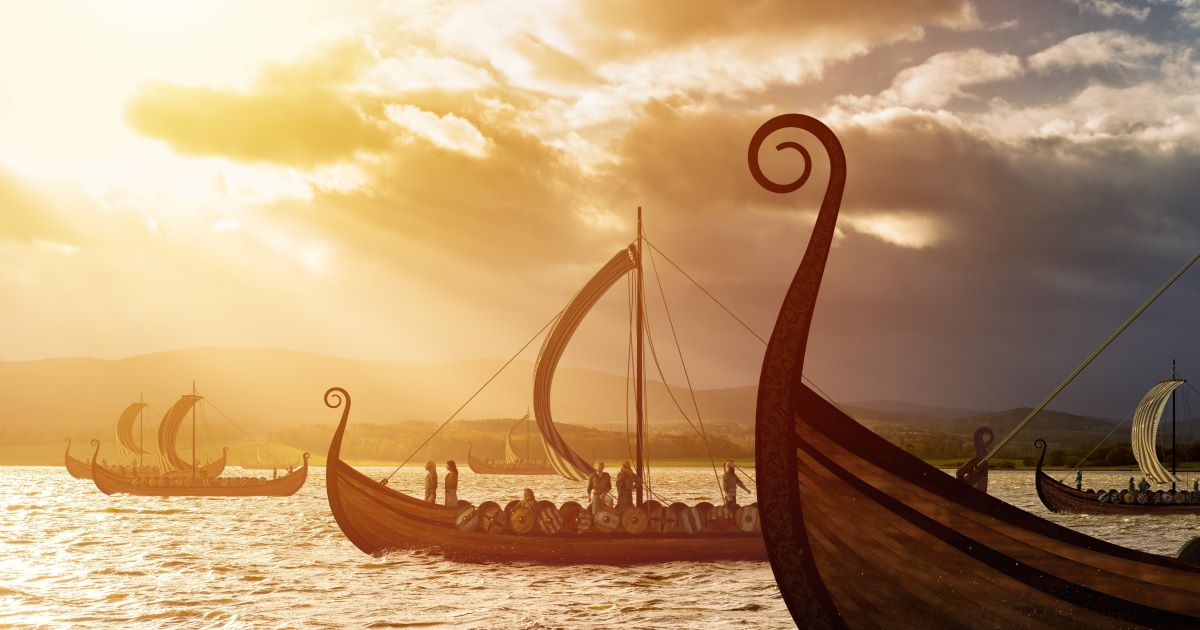 The previous article on Leif Erikson pointed out that, contrary to our common perceptions, there were Christian Vikings. In this article we will look at the remarkable career of another Norse Christian, Gudrid Thorbjarnardóttir, known in her native Iceland as Gudrid the Far Traveler.

As her name indicates, Gudrid was the daughter of Thorbjorn, a Viking chieftain in Iceland. A man named Einar proposed to Gudrid, but Thorbjorn refused on the grounds that Einar’s father was a slave. Instead, Gudrid married Thorir, a Norwegian merchant.

The family left Iceland for Greenland with Erik the Red, but bad weather delayed their arrival until winter. According to the Saga of the Greenlanders, Leif Erikson rescued Gudrid and fifteen men and brought them to Brattahlid, Erik the Red’s colony. Thorir died of illness that winter, leaving Gudrid a widow.

One winter in Greenland during a period of dearth, Gudrid was invited to the home of a chieftain named Thorkel. A seeress named Thorbjorg came to prophesy, but she needed women to sing a “weird-song” (i.e. a magical enchantment). Gudrid admitted to having been taught the weird-songs by her foster-mother Halldis, but she refused to do so because she was a Christian. Thorbjorg and Thorkel pressured her to sing, and she gave in and sang the weird-song with an exceptionally beautiful voice according to the Saga of Erik the Red.

Some sources attempt to date Gudrid’s conversion to much later in her life after she returned to Iceland. However, this story shows that she came to her Christian faith early in life, probably in her childhood. Christian missionaries had arrived in Iceland in 980, about the year of her birth. They made only slow progress at first, though after Olaf Tryggvason, a native of Iceland, became king of Norway, he put increasing pressure on the Icelanders to convert, including banning trade with Iceland until they became Christians, taking hostages and threatening to kill them, and the like. In 1000, Christianity was made the official religion in Iceland.

Gudrid was well-liked by Erik the Red and the people of Brattahlid. She was courted by and married Leif Erikson’s younger brother Thorstein Erikson. According to the Saga of the Greenlanders, she accompanied him on a voyage to Vinland (North America) to try to recover the body of his brother Thorvald; according to the Saga of Erik the Red, however, they only married after Thorstein had completed that voyage alone.

One way or another, the two spent the winter at Lysufjord, a Viking settlement on the west coast of Greenland. Illness struck, however, and Thorstein died. According to the sagas, he prophesied about Gudrid’s future on his deathbed, with the Saga of the Greenlanders putting particular focus on Christianity as part of that prophecy. Shortly thereafter her father Thorbjorn also died, leaving everything to Gudrid.

Gudrid returned to Brattahlid, where Erik the Red encouraged a wealthy Icelandic merchant named Thorfinn Karlsefni to marry her. After their marriage, at Gudrid’s urging, he set off with 60 men, five women, and a cargo of livestock to establish a settlement on Vinland, having gotten Leif Erikson’s permission to use buildings he had put up on his earlier expedition there. That autumn, somewhere between the years 1004 and 1013, Gudrid bore him a son named Snorri Thorfinnson, the first known European born in North America.

The Vinland colony lasted about three years. Some scholars believe that during this time they explored as far south as Manhattan. Ultimately, though, conflicts with the native peoples, whom they called Skraelingar (“barbarians”) led them to abandon the colony and return to Greenland.

Karlsefni and Gudrid then made their way to Iceland, possibly after going to Norway. The couple settled at Karlsefni’s family estate where they had other children. Karlsefni’s mother was initially contemptuous of Gudrid, though she soon realized that “she was a lady without peer” and accepted the marriage. After Karlsefni died, Gudrid took over running the estate until her son Snorri married, at which point she passed control of the estate to him.

Gudrid was not done with her travels, however. The Saga of the Greenlanders tell us she traveled south. According to some stories, she went on a pilgrimage to Rome, where she met the pope and gave him a report on the state of the church in Iceland and Greenland. She then returned home to Snorri in Iceland.

Snorri, meanwhile, played an important role in Icelandic Christianity: one of his grandsons and two of his great-grandsons would become bishops. He built a church near his estate where Gudrid took up residence as a nun and anchoress (i.e. a hermit). She lived out the rest of her life there. We have no clear date for her death, but it was probably around 1019.

She was about 39 years old.