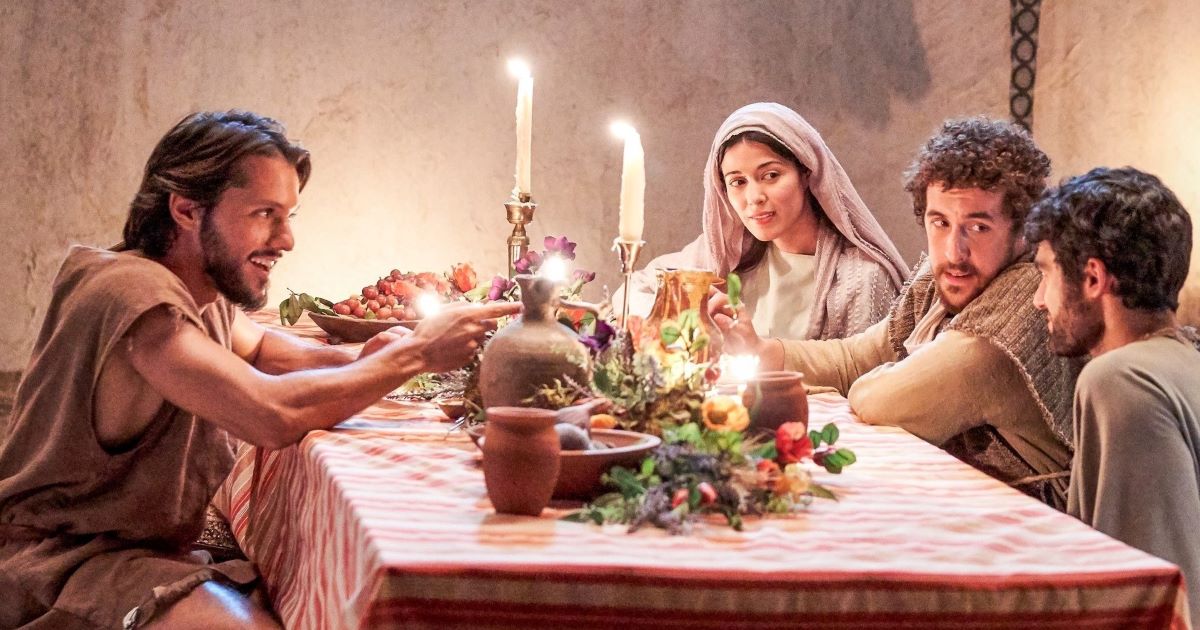 One of the most interesting things about the new hit video series “The Chosen” is the way its writers worked to create backstories for the biblical characters. This was no easy task. They had to map out plausible and dramatically appealing motivations and circumstances for their actors to portray while still respecting the divinely sourced source material. The result has been a unique and compelling take that shines a spotlight on the biblical testimony, helping even those quite familiar with the Gospel accounts see things they’d not noticed or appreciated before.

Shane Morris had a chat about that very thing with Jonathan Roumie, the actor who had the role of Christ. Roumie offers some wonderful behind-the-scenes insights as to what led the creative team to make the choices they did.

Below is an edited excerpt of that conversation, or you can listen to the entire dialogue.

There’s so little in some of the pages of the Gospels where there’s so little to kind of go off of. For instance, when Simon is fishing all night and he catches nothing and then he goes out again at the behest of Christ.

What would make a guy that’s fishing all night, just do it one more time? And then what would make him just completely turn his life around after he has this miraculous catch? What the writers did was to try to deconstruct from that moment going backwards.

How do we build up to this point where Simon has no choice but to follow Christ? Because this is such a momentous occasion in his life. This is such a huge turn of events in his life. Of course, he’s going to go follow Jesus now. And, of course, all of this is just supposing. We don’t know for sure that they had any issues with taxes, but we know that people were heavily taxed at that time. We know what their concerns, what their issues, what their troubles were with the oppression during Jesus’ time.

Based on all of that, what could have been the most compelling story, compelling way that for a man like Simon – who was kind of surly and rough and tumble and a fisherman, a guy that basically carries a knife – what would get someone like him to completely turn to follow a rabbi? First of all, to be chosen by a rabbi, that’s mind blowing in and of itself. For a fisherman to be chosen? They’re usually looking for more educated people that want to be rabbis, not fishermen.

So, the writers are asking the questions, “How does this happen? How does the person have this conversion of heart in this way?” Just finding the most plausible, biblically suggested ways to be able to do this, I think that’s why when we actually have the miracles happen in the gospels.

Because they spent so much time building something that’s believable, we can all relate to it as viewers. We can relate to owing taxes. We can relate to oppression in our own lives in certain ways. We can relate to loneliness and confusion. The writers were literally mining the human heart and applying it to these stories where they weren’t written out for us. I think this just made them relatable.

It’s been assumed, because of her situation as Lilith, that we’re portraying Mary of Magdalene as a prostitute. But we’re actually not. For the backstory that we’ve invented has her having deep, deep wounds that led to possession. It could have spawned the situation where Nicodemus finds her, could have been spawned by an element that is relating to that, but she wasn’t technically a prostitute.

I had never thought about her life up until prior to the point of Jesus healing her ever, because we’d never seen it. We only have ever met her on film and in these stories at that point where she’s following Jesus, and everything is cool and she’s on the team. But how did she get on the team? How did the “coach” pick her? Why did He pick her?

It’s changed how I view many of these characters. Peter is a character that I’ve seen a little bit of the backstory for. For instance, in “Jesus of Nazareth,” you get a little bit of his fisherman’s life in that depiction, but not much. Nothing like what we’re doing, or what “The Chosen” is doing. What Dallas Jenkins and his team are writing has never been done before, which is what’s so exciting and refreshing about it. I think the reason why people have responded to it because it’s new, but it’s relatable and it’s not deviating from the stories we know. It’s just adding backstory to the gospel stories we know and love.