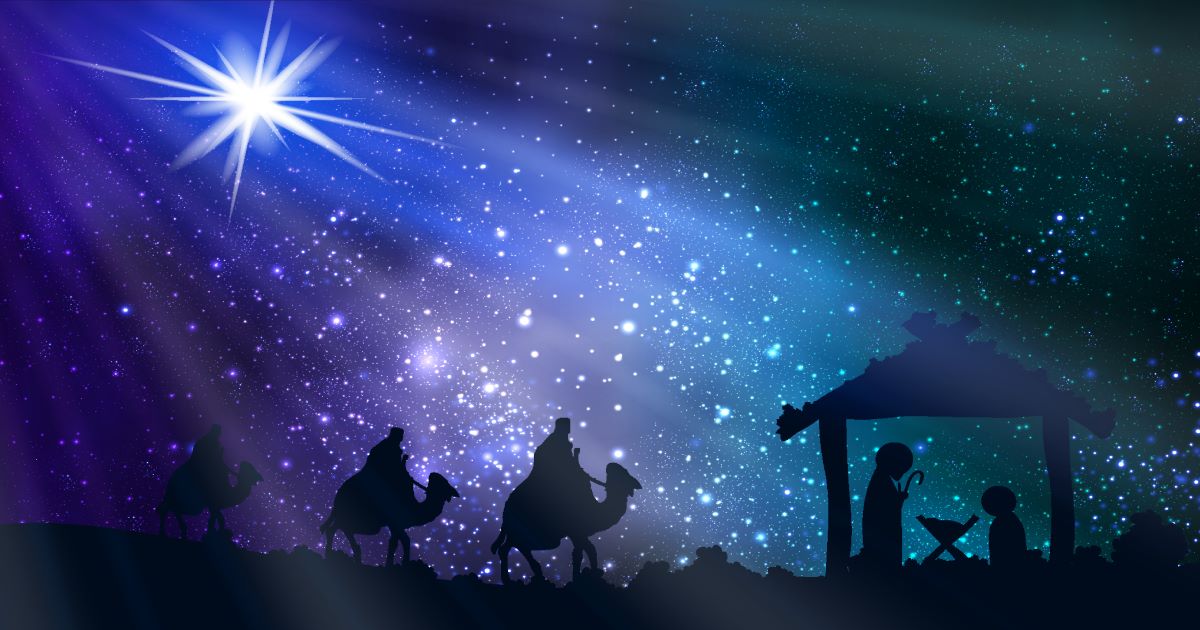 It must have seemed like a good idea at the time.

The nativity scene features all the usual characters: Mary, Joseph, Baby Jesus, the shepherds, and the Wise Men. But there’s something a little different; about them. I take a closer look, and realize the Holy Family is made up of: Koala bears. Crocodile shepherds gaze adoringly (hungrily?) down at the furry infant, while the three wise men—a wombat, a kangaroo, and an echidna–arrive bearing gifts.

I came across the images while searching for a crèche for my daughter-in-law, who, now that she and my son are settled in a home, wants to fulfill a dream of collecting creches from around the world.

What a lovely idea, I thought, and immediately began searching online for a crèche from Ireland, a country Ashley loves.

Oh, my. Everyone from the angel on down is dressed in green, and the Wise Men are bringing gold, frankincense–and Guinness.

I keep looking, and the nativities become weirder and weirder. There are rubber ducky nativities, penguin nativities, and one made up of black bears, intended for “that person on your list who is hard to shop for.” There are pig families, frog families, meerkats, monkeys, and moose. A Scottish crèche has the entire family, and all the other characters, dressed in wooly sweaters. At least they won’t get cold.

Some designers evidently hit a creative streak when they were hungry. There is a crèche made entirely of butter, one made of chocolate (which wouldn’t last long in my house), and one created out of that biscuit dough that pops out of a tube. Great–Pop ‘n Fresh Jesus.

There’s also one in which the Prince of Peace and his folks are made of beautifully-dressed shotgun shells, “perfect for that redneck Christmas,” writes a guy named Mark Oestricher, who has gathered some of the most insane examples on his website—including a cat crèche, “Which,” he says, “makes me want to cough up a hairball,” and the kitchen timer Holy Family: “Ding, ding: Jesus is born!”

Some designers evidently hit a creative streak when they were hungry. There is a crèche made entirely of butter, one made of chocolate (which wouldn’t last long in my house), and one created out of that biscuit dough that pops out of a tube. Great--Pop ‘n Fresh Jesus.

One of the stranger ones features Mary and Joseph gazing lovingly at Baby Jesus—who is in a snow globe, apparently drowning. There is a very creepy zombie Holy Family, and an even creepier “Day of the Dead” crèche, featuring skeletons.

The Veggie Tales crèche portrays Jesus as a carrot. The Troll doll crèche features the ugliest Holy Family ever. If you’re crafty, you can purchase a “S’mores” kit and create a marshmallow Jesus. Or you could just make one out of Spam, as others have done.

The prize for the most bizarre crèche of all has to go to whoever created the pork nativity. It features a sort of log cabin made of sausages, a sturdy bacon roof, and sausage sheep on toothpick legs. Mary–a hunk of knockworst wrapped in a bacon veil—stands guard over a mini-sausage Jesus, who is swaddled in bacon.

Amusingly, no matter what the crèche is made out of, most designers are careful to place a veil around Mary’s shoulders. A hint of holiness to sanctify the sacrilege, perhaps?

Second prize goes to Frankenstein, Bride of Frankenstein, and a monstrous-looking green baby. (What, no Igor shepherd?) Take a look and try not to laugh. Even Mother Teresa would laugh at this.

Now, my sense of humor is just as strong as anyone else’s, but I had to ask myself (after I stopped guffawing): What were these people thinking? Have we totally lost a sense of the sacred? Nativity sets are intended to remind us of the great sacrifice Christ made, of those who traveled to Bethlehem to worship him, of the angels who sang praises to Him. Using the story of Christ’s birth as a source of fun trivializes the greatest event in human history: The Incarnation.

Many years ago, I drafted a BreakPoint commentary for Chuck Colson titled “Slothfully Tacky,” about the prevalence of “Christian” kitsch, such as “Fruit of the Spirit” underwear, and rubber duckies with “Depend on Christ the King” written on them.

The commentary pointed out that there is something vital missing from these objects: An appreciation of taste and beauty, which “is not optional for the Christian,” Chuck declares. “Pursuing beauty is as mandatory as the pursuit of truth and goodness, which is why aesthetics has historically been considered a branch of moral theology.”

Nativity sets are intended to remind us of the great sacrifice Christ made, of those who traveled to Bethlehem to worship him, of the angels who sang praises to Him. Using the story of Christ’s birth as a source of fun trivializes the greatest event in human history: The Incarnation.

C.S. Lewis came to Christ through the love of beauty; in his writings, he describes the joy and longing he experienced when listening to Wagner as a boy. “The feelings inspired by the music provided evidence of the existence of something truly awe-inspiring—the only thing that could fulfill his longing,” Chuck notes. Aquinas and Augustine also considered that beauty, “like truth and goodness, has its origin in who God is, and in His very nature.”

On the other hand, nobody can view these nutty nativities and still imagine that Christians are cranky sad sacks with no discernable sense of humor. Oestreicher, a committed Christian who works in ministry, has gathered 77 examples of crèche craziness on his website over the years, and while he acknowledges that some of them are horrible and tacky, weird and freakish, he hopes they will lead readers to become curious about the REAL Jesus.

“A quick word to my Christian brothers and sisters (I am one of you!),” he writes. ”I believe that the One who created laughter and humor and mouths that involuntarily curl into a smile loves laughter. I don’t believe this list detracts from what I believe to be one of the most significant moments in human history, when God became a human. If anything, this is a roundabout way of drawing attention to Emmanuel, God with us (albeit, in a strange way!)”

In the end, I bought my daughter-in-law a beautiful crèche in which all the characters are recognizably human, except the camel and the donkey, which are supposed to be a camel and a donkey. Because like Lewis, Aquinas, and Augustine, I believe that beauty, truth, and goodness (along with laughter) point us to the God who loves us so much He sent His only Son to save us—the Son of whom the angels joyfully sang, “For unto you is born this day in the city of David a Savior, which is Christ the Lord.”