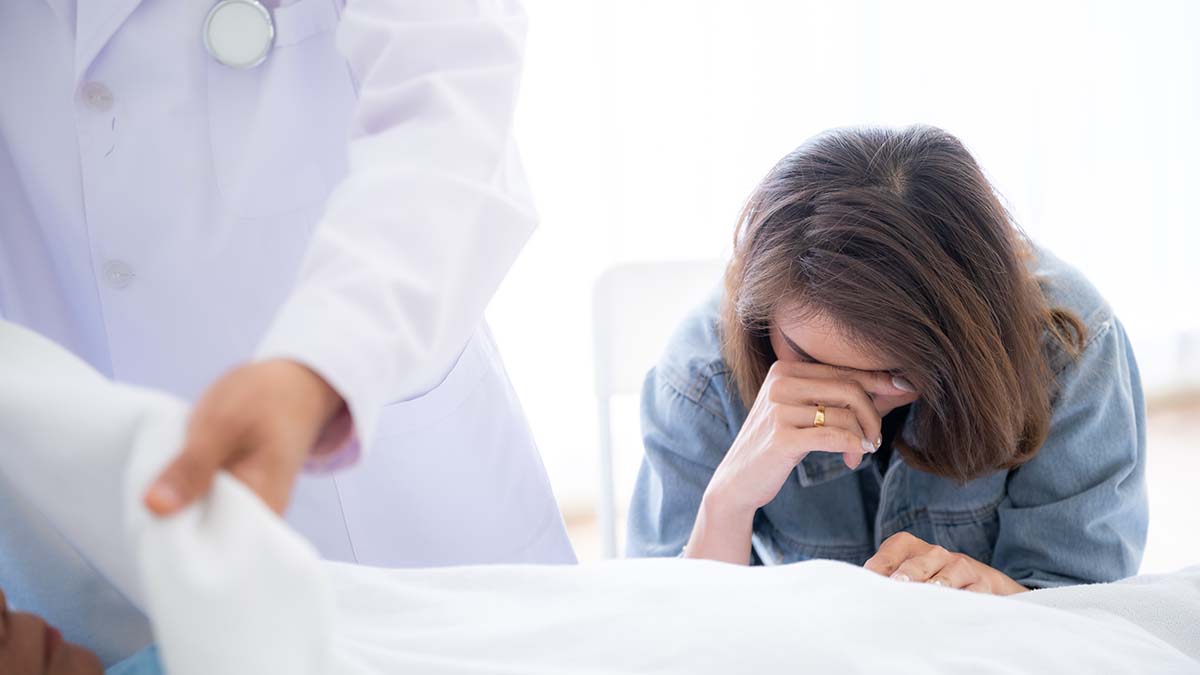 There are alternatives to the corrupting practice of medical suicide that doesn't ask doctors to become executioners.

Writing in The Washington Post last week, prominent columnist George Will described the heart-wrenching account of 29-year-old California man dying a slow and agonizing death from cancer. The man’s wife has documented his painful decline in photos. In his column, Will argues that it would have been better if this man had obtained a medical suicide. He praised states like Oregon that make this option available.

In Will’s ideal world, so-called “medical aid in dying” would be available for all terminally ill patients, “not for truncating an unhappy life,” but for “preventing a hideous death.” He hopes to distinguish between a world in which doctors hand out suicides like candy, and one in which people already in their final days can obtain a swift and peaceful end.

This modest-sounding proposal is obviously motivated by compassion. However, compassionate motives cannot make something morally right, nor can they prevent horrifying abuses of human dignity. If the ideas are bad, there will be victims.

Doctors killing their patients—even when those patients request death—fundamentally alters medicine. Everywhere this has been tried, the weak and vulnerable have been endangered, the medical profession corrupted, and family relationships poisoned. In places like Oregon, in which doctor-assisted death was legalized on arguments from stories of unbearable physical pain (like the one told by Will in his column), a significant number of patients choose death for psychological factors.

Will, however, dismisses these concerns. “Life is lived on a slippery slope,” he wrote. Just because we can imagine ways “medical aid in dying” could be abused doesn’t mean it will be. However, doctors killing patients isn’t so much a slippery slope as it is a radical altering of the medical landscape. It’s a sheer drop off a moral cliff. And it’s not guesswork if we have the trial runs to prove it.

In countries like the Netherlands and Belgium, where physician-assisted suicide has been legal for decades, the acceptance of doctor assisted death has led to euthanasia, the killing of patients who don’t request death. Ryan Anderson, now with the Ethics and Public Policy Center, thoroughly documents this in an in-depth report from 2015 for the Heritage Foundation. Government surveys in the Netherlands uncovered “thousands of cases” in which doctors “intentionally administered lethal injections to patients without a request.…” This includes “children, the demented,” and “the mentally ill.”

The tragic progression from death-on-demand to death-at-doctors’-discretion makes a grim kind of sense once the original premise is accepted. As Justice Neil Gorsuch noted before he was on the Supreme Court, physician-assisted suicide always relies on the physician to make the fatal decision. The patient may request to die, but the doctor is still the one who determines whether the patient is competent and eligible. Small wonder that wherever medical aid in dying has been legalized, doctors and lawmakers have quickly begun asking why they need patient’s permission before exercising “compassion.” The arguments for medical aid in dying lead so quickly to euthanasia that one legal scholar quoted by Anderson chides his fellow advocates for a “certain lack of courage” in not admitting their ultimate aims.

Once death is a treatment option, patients can no longer trust their doctors, their insurance companies, or even their families to have their best interests at heart. “Terminal illness” quickly broadens to include “intolerable suffering” which soon broadens to include “mental suffering.” And as medical bills pile up and family members whisper in the halls, patients themselves begin to feel that their “right to die” has become a “duty to die.”

Yet as Anderson points out, there are alternatives to the corrupting practice of medical suicide, such as renewed investment in hospice and palliative care, that affirm human dignity and mortality while not asking doctors to become executioners.

While none of these alternatives make death easy, they do respect the sanctity of life and the precious relationships that make life worth living to its natural end. If compassion is our goal, we should think long and hard about these values, and we should consider the consequences for societies that leap into medical suicide with nothing but good intentions.

Is Assisted Suicide Compassionate?
Brooke McIntyre | What Would You Say?