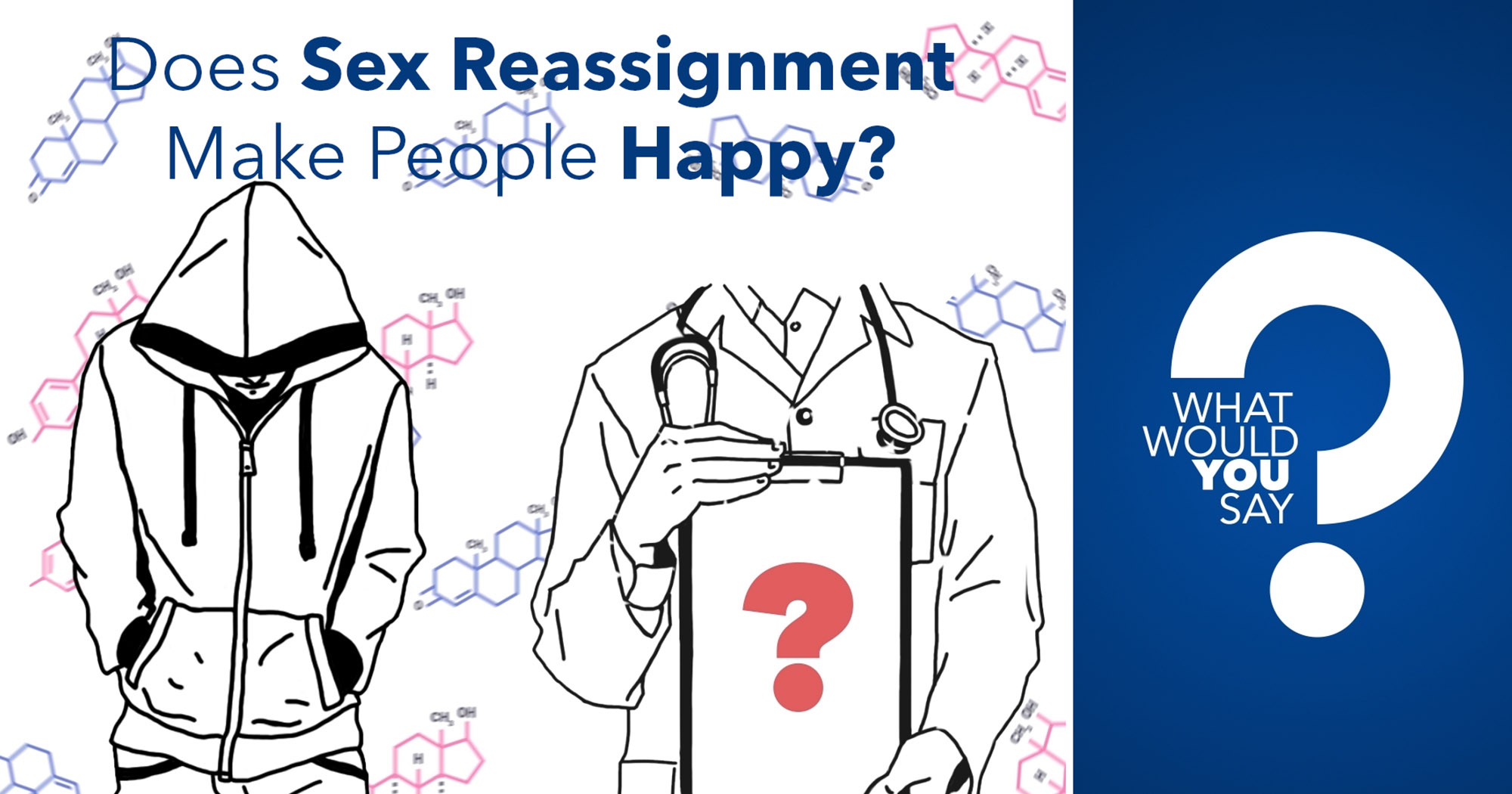 You’re in a conversation and someone says “If you deny people sex reassignment surgery, they’re going to kill themselves. Is that what you want?”

What would you say?

First, it’s important to recognize what they’re trying to say.

They care about people. They want them to be happy. That’s something we have in common. But the question to be asked is, “Does sex-reassignment surgery make people happy?”

Here are three things to remember.

Second, gender dysphoria is real, but it may be a symptom and not a cause.

Third, 80% of children with gender dysphoria will outgrow it.

Watch the full episode below, or check out others by going to http://WhatWouldYouSay.org