Fighting the Forces of Darkness - BreakPoint
Skip to content 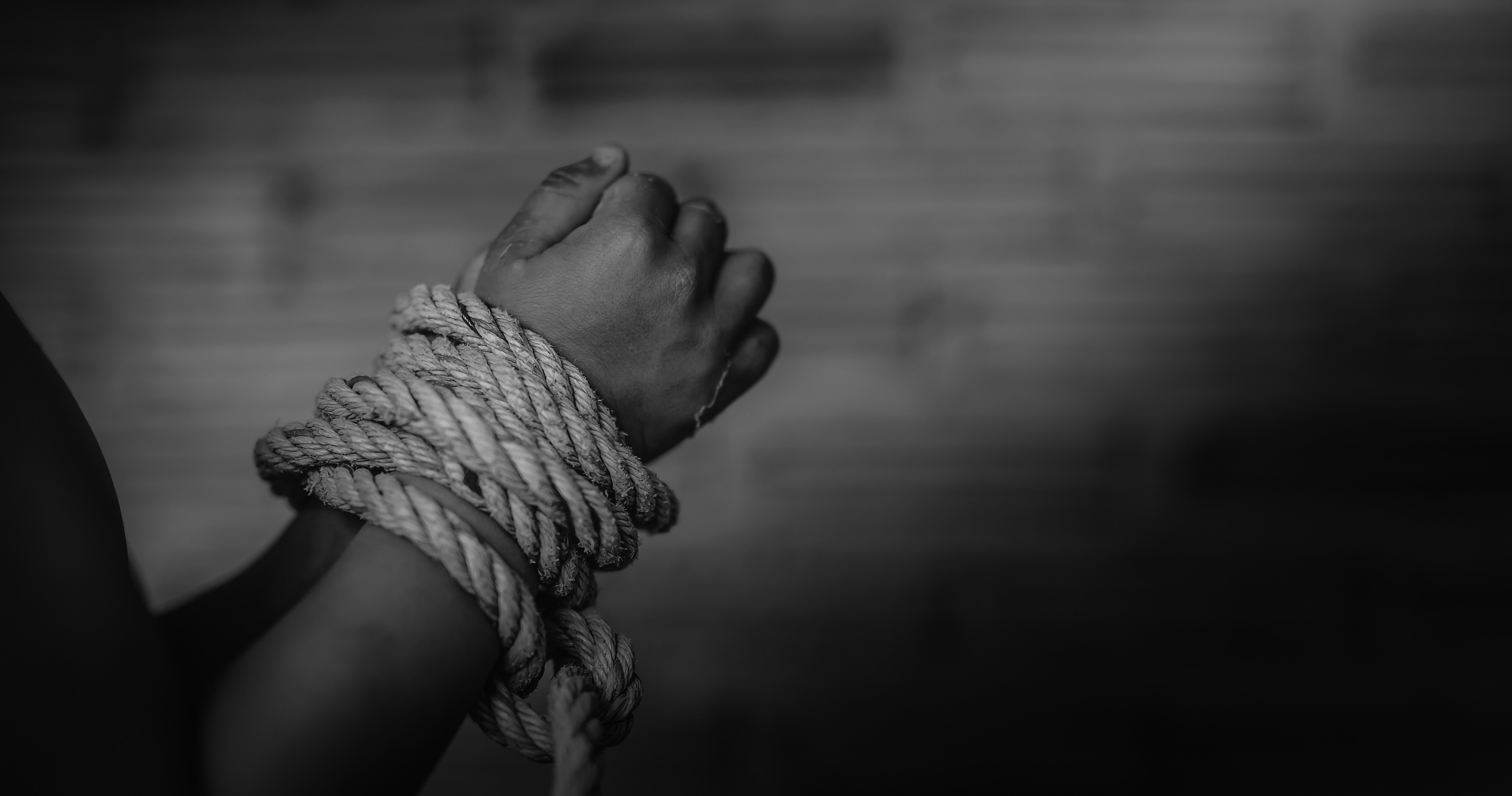 
Fighting the Forces of Darkness

The Supreme Court recently shot down Louisiana’s law requiring abortionists to have admitting privileges at a local hospital—a law intended to protect women’s lives, given that so many of the worst doctors go into the abortion business.

I am old enough to remember when abortion was illegal in America. This means I have witnessed the battle to protect unborn babies for all the 47 years it has been fought. While the Supreme Court decision was a disappointment, I have reason to hope.

I have hope because Americans determined to protect preborn children have not given up, even after nearly five decades. I have hope, because history teaches that when people spend decades fighting social evils, they usually win. In England, they won against the slave trade—after 46 years of efforts. In the U.S., they won the battle against child labor—after a 100-year battle. In some cases, a small handful of heroic leaders devoted their entire lives to fighting some great evil. To the frustration of their opponents, they simply refused to quit.

I recently researched the life of one of these heroes, who began fighting social evils more than 150 years ago: William Booth, the founder of the Salvation Army.

Booth—a tall, thin man with flowing white locks–was the William Wilberforce of the Victorian era. If he saw a social problem, it did not occur to him to ignore it, or assume someone else would solve it.

From a young age, he preached to the poor in the streets of the slums. While he was concerned with their souls, he soon became aware of their desperate struggle for survival. In 1870, he founded Food for the Millions, offering healthy, inexpensive meals for the hungry. Seeing men sleeping under a bridge one winter day, he immediately directed his son to rent a warehouse, find a way to heat it, buy some blankets, and invite homeless men to sleep there at night.

When a teenaged girl named Annie Swan showed up at the Salvation Army headquarters in May of 1885, Booth took on, one of the vilest practices of the day: The trafficking of children.

Annie’s tale is tragically familiar to those who battle trafficking today. Offered a job as a maid in London, she arrived at the address she’d been given and was locked into what turned out to be a brothel. She managed to escape at 2 a.m., and spent the rest of the night on the steps of the Salvation Army headquarters.

Booth was appalled to learn that, not only were girls as young as thirteen legally allowed to become prostitutes, but also that thousands of young English girls as young as twelve were either kidnapped or sold by their parents to traffickers who drugged them, nailed them into coffins with air holes, and shipped them to big cities all over Europe.

As Eric Metaxas and I note in Seven MORE Men and the Secret of Their Greatness, “The House of Lords had repeatedly attempted to pass a bill raising the age of consent, only to be shot down by the House of Commons.”

Like Wilberforce before him, Booth understood that if he were going to go up against the powerful forces that profited from trafficking—including a cousin of Queen Victoria and members of Parliament--he would need a good deal of publicity.

Like Wilberforce before him, Booth understood that if he were going to go up against the powerful forces that profited from trafficking—including a cousin of Queen Victoria and members of Parliament–he would need a good deal of publicity. Booth contacted his friend, a journalist named W.T. Stead. Stead in turn contacted Detective Howard Vincent of Scotland Yard, who confirmed that trafficking was an immense problem.

Booth and Stead came up with a daring scheme: They would “purchase” a young girl from a poor family, “sell” her to a trafficker, and rescue her before she came to any harm. Stead would then would write a series of exposes about the sex industry—the first investigative journalist to make himself part of a story.

On June 2, Rebecca Jarret, a former brothel keeper now working with the Salvation Army, bought 13-year-old Eliza Armstrong from her mother. She was then offered to a trafficker, who purchased the child and placed her in a brothel, where Stead awaited her. After Eliza was rescued, Stead wrote a ten-part series for the Pall Mall Gazette.

The worldwide frenzy that resulted from these articles matches anything we’ve seen these last few weeks about George Floyd. Everyone from Queen Victoria on down was shocked and horrified. The City of London, in a frantic effort to protect the reputations of the prominent men involved in trafficking, declared Stead’s exposes indecent; Police were ordered to arrest paperboys for selling them.

This scheme failed; the famous playwright George Bernard Shaw snatched dozens of copies and sold them himself. Salvation Army volunteers also distributed them. The circulation of the Gazette jumped from twelve thousand readers to an astonishing one million-plus. Newspapers in the United States and in Europe also picked up Stead’s shocking stories.

Social and religious leaders joined Booth, forming the anti-trafficking “Purity Crusade of 1885.” Booth held huge, noisy anti-trafficking rallies all over England. Salvation Army volunteers gathered signatures on a petition demanding that Parliament raise the age of consent to eighteen, prosecute those who procured young girls, and give police the authority to search brothels to make certain no girls were being held against their will. Some 400,000 people signed the petitions in just seventeen days. Booth’s wife Catherine made speeches and wrote to Prime Minister Gladstone and the Queen.

On August 14, Parliament passed the Criminal Law Amendment Act, raising the age of consent—not to eighteen years, as Booth and his allies had wanted, but to sixteen years. It was still a huge victory.

Nobody minds when we feed the poor or open a hospital. It’s only when we go up against powerful forces of darkness—such as human trafficking in Booth’s day, or abortion in ours--that we will be attacked, lied about, sued, and thrown in jail.

The Booths, along with much of England, rejoiced–and then went back to work. Thousands of child and teen prostitutes would now be cast onto the streets; the Salvation Army turned its attention to opening homes for them. The first to do so was William Booth’s son, Bramwell, and his wife.

The losing side in this battle determined to punish those who had exposed and embarrassed them. Journalist Stead, Bramwell Booth, and several others were charged with “abducting” Eliza from a man claiming to be her father (falsely, as was later discovered), among other charges. Witnesses for the defendant—including the Archbishop of Canterbury—were not allowed to speak, and the judge refused to allow the jury to take into consideration the reason behind Eliza’s “abduction.”

Bramwell was acquitted, but Stead was sentenced to three months in prison. He served his sentence proudly, saying, “For one-tenth of the result then achieved I would gladly go to gaol again today.”

Sadly, we see the same legal tactics used today whenever modern-day social warriors and journalists expose evil. Just ask citizen journalist David Daleiden, whose undercover videos exposed Planned Parenthood’s practice of trafficking in the organs and heads of late-term, aborted fetuses: He has, to date, spent five years in court dealing with trumped up civil and criminal charges, brought by the abortion industry and ruled on, in one case, by a judge who repeatedly cut off defense questions.

Booth, his family, and their Army continued to battle evil wherever they found it, feeding, clothing, and housing the poor in 58 countries; helping alcoholics stop drinking; and protecting children from destructive business practices. His “army” opened halfway houses, daycare centers, and medical clinics, taught the indigent workplace skills—and preached the gospel. Booth himself performed humanitarian work for more than 40 years, until his death in 1912.

The story of William Booth—now considered one of Britain’s greatest men—teaches us two things: First, that nobody minds when we feed the poor or open a hospital. It’s only when we go up against powerful forces of darkness—such as human trafficking in Booth’s day, or abortion in ours–that we will be attacked, lied about, sued, and thrown in jail.

Second, wiping out social evils usually take a long time. While we have not yet won the war against the slaughter of the unborn, we ARE succeeding in many ways. If that were not so, Big Abortion would not be so angry with us. Those who profit from abortion would not attack pregnancy care centers, which have saved the lives of millions of babies and helped their mothers take care of them. They would not fight so hard to prevent abortion-minded mothers from seeing ultrasound images of their fetuses. They would not call us liars when we expose the number of women who have been maimed and killed by incompetent abortionists, or left emotionally scarred.

So a little setback such as the one we saw this month at the Supreme Court should not upset us overly much. We just need to keep fighting—as both Wilberforce and Booth did for decades. And we should pray the prayer of Archbishop Carlo Vigano: That God would “Give courage to those who, in spiritual combat, fight the good fight as soldiers of Christ against the furious forces of the children of darkness.”

Quit fighting for babies after only 47 years? We’re just getting warmed up.