God's Plan at Christmas: Athanasius, “On the Incarnation of the Word of God” - Part I - BreakPoint
Join us in helping to equip and renew the Church with a Christian worldview by giving before our fiscal-year ends!
Skip to content 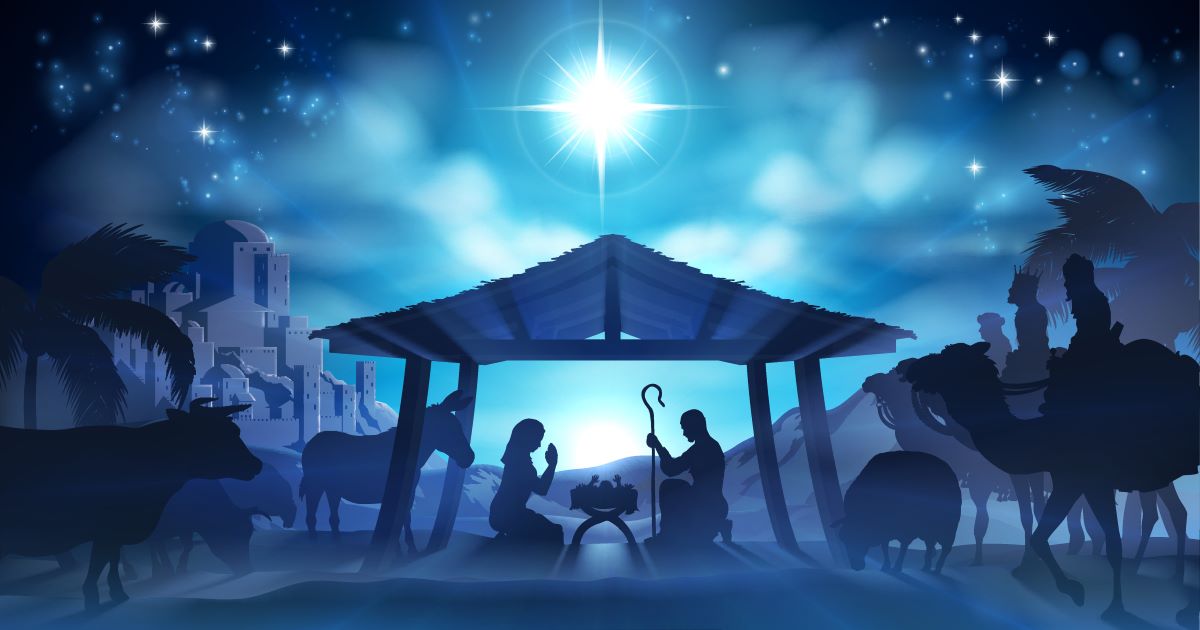 
God’s Plan at Christmas: Athanasius, “On the Incarnation of the Word of God” – Part I

As we move through Advent in preparation for Christmas, we try to prepare ourselves by thinking about the centuries of waiting for the Messiah and looking ahead to Christ’s return; when we celebrate Christmas, we rehearse the Christmas story and may even dig deeper into the story to find deeper layers of meaning in the details just hinted at in the text, as I did in this article.

And yet there’s much more that can be said about the Incarnation than the history even with all its rich theological elements. Our culture has a one-dimensional, materialist view of reality which we bring with us into the text of Scripture, and so we can focus so much on the bare facts of the historical narrative that we forget the bigger picture of what is going on.

Fortunately, there’s a way to get around our era’s blind spots. C. S. Lewis argues that for every new book we read, or at the very least for every three new books, we should read one old book. There are two reasons for this. First, different eras have different blind spots. We can’t see our own but reading works from other eras brings a different perspective that helps move us past our own biases. Second, with all the divisions within Christianity, reading the great thinkers of the past shows the unity of the faith across traditions, what Puritan theologian Richard Baxter called “mere Christianity.” On a personal level, Lewis added that for him, reading theological works and pondering their truths is far richer devotionally than reading devotional works.

Lewis makes all of these arguments in his introduction to a translation of “On the Incarnation of the Word of God,” a work by early fourth century theologian Athanasius of Alexandria. Athanasius was an enormously important figure for church history. Among other things, he was the primary theologian arguing that Jesus was the incarnation of God rather than a created being as argued by Arius, a rival Alexandrian theologian. “On the Incarnation” was the second of a two-part defense of Christianity written prior to the Arian controversy that lays some of the groundwork for Athanasius’s arguments later.

With that in mind, let’s look at how a great theologian from another era viewed the Incarnation as a way of giving us a new perspective on a very familiar story. In these articles I will outline the work and highlight some of the surprises he has for us. (If you want to read it yourself—and you should—you can find a PDF of it with C. S. Lewis’s at this link.)

Athanasius begins with the doctrine of Creation, which he notes is the work of the Word of God. Humanity, being created in the Image of God, has “a share in the reasonable being of the Word Himself.” As a result, we were made for eternal life in paradise, though we were warned that disobedience would lead to death. By following the devil, we became estranged from God and the Word, the source of life, of goodness, and of existence itself. We thus became bound to death and corruption, and in our alienation from the source of existence, were destined to fall into non-existence.

This is the reason for the Incarnation. Athanasius discusses this in the familiar terms of God’s love for humanity, but rather than looking at it from the perspective of our need, he emphasizes the implications of the Fall for God himself. Our sin created a dilemma for God: it was unthinkable that God would not carry out His word and subject humanity to death, but if He did this, His purpose in Creation would have been thwarted.

To solve the dilemma, the Word became flesh. The un-incarnate Word could not die, but humanity had a debt to pay to death, so the Word took on a body like our own. We die because we are corrupt from sin; the Word was sinless and uncorrupt. Thus, when he freely offered his life, he was not paying his own debt but fulfilling what we owed death due our sin. By so doing, he satisfied the demands of death and thus abolished the Law of Death on our behalf.

Restoring the Knowledge of God

His works also demonstrate that though incarnate as a man, He continued to be the eternal Word of God, the Lord of all creation: “The Word was not hedged in by His body, nor did His presence in the body prevent His being present elsewhere as well. When He moved His body He did not cease also to direct the universe by His mind and might. No. The marvelous truth is, that being the Word, so far from being Himself contained by anything, He actually contained all things in Himself.”

Think about that when you contemplate the baby in the manger!

There is much more for us to learn from Athanasius. We will continue our survey in the next article.