Hagia Sophia and the Armenian Genocide - BreakPoint
Skip to content 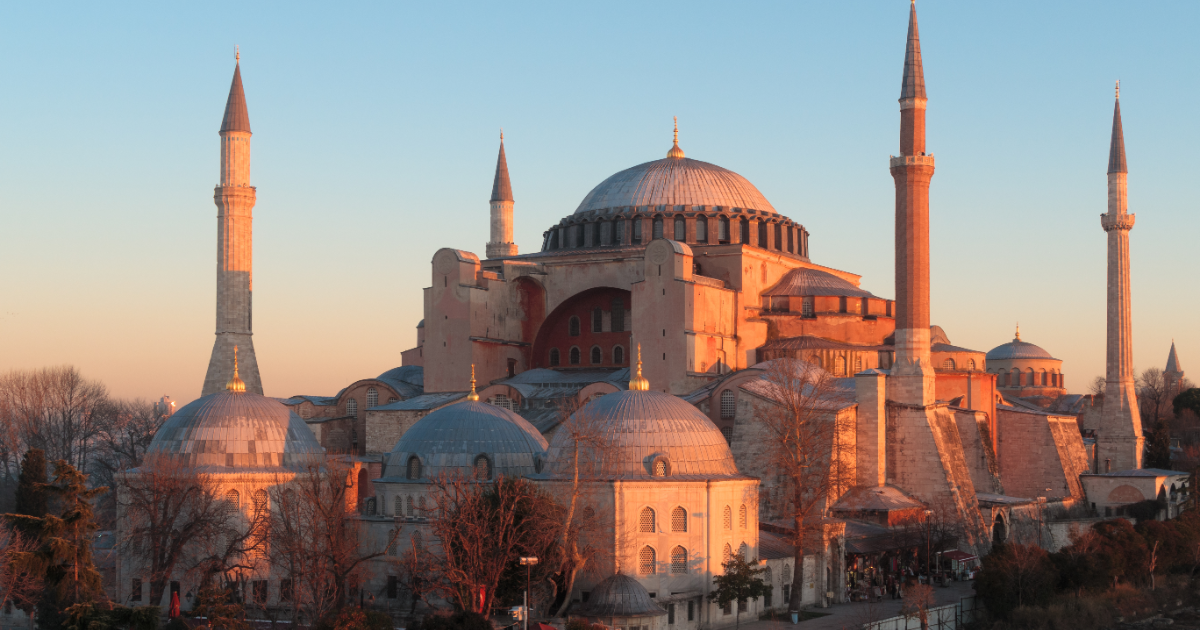 
Hagia Sophia and the Armenian Genocide

Despite protests from around the world, Turkey has decided to convert the Hagia Sophia into a mosque. One supporter of Prime Minister Erdogan told Al Jazeera he’d been waiting fifty years for the holy site’s “original identity as a mosque” to be “restored.”

In truth, the original identity of the Hagia Sophia was as the Christian cathedral of Constantinople.

Now why should a building halfway around the world matter to us today? Well, that’s because, unfortunately, the Turkish government has a long track record of revising history. For example, between 1915 and 1923, in what’s known as the Armenian Genocide, an estimated 1.5 million Armenian Christians were killed and expelled from the Ottoman Empire, what is now Turkey.

What the Ottomans did to their Christian subjects served as a model for the Holocaust. As Adolf Hitler told military commanders just prior to the invasion of Poland, “Who, after all, speaks today of the annihilation of the Armenians?”

Well, to answer his question, certainly not the Turks. Turkey and its ethnically related neighbor, Azerbaijan, are the only nations in the world that deny that the Armenian Genocide happened. What’s more, Turkey has prosecuted scholars and journalists who say otherwise, accusing them of “insulting Turkishness.” One such journalist, Hrant Dink, was murdered while awaiting trial in 2007.

Over the years, Turkey spent millions of dollars, literally, lobbying American politicians to prevent the United States from officially recognizing what happened to the Armenians as genocide. In fact, it was only after Turkish-American relations had deteriorated because of other issues that the U.S. Congress recognized the genocide as genocide.

When their cash has failed, Turkey has applied pressure by making threats against both governments and individuals. For example, they threatened to withhold cooperation with the EU during the 2015 refugee crisis over the issue, and threatened to cut off relations with Austria.

The war against the truth is also taking place in Lebanon, home to many Armenian Christian exiles. Last month, a television host, Neshan Der Haroutiounian, received an anti-Armenian message while broadcasting live. When Haroutiounian responded by criticizing what he called the “insidious” history of the Ottoman Empire and Turkish President Erdogan, anti-Armenian rhetoric and violence there escalated. One viral video not only contained threats against the television host but threatened a massacre in Beirut’s primary Armenian neighborhood.

Then, according to reports, “Turkish authorities . . . requested that legal proceedings [be brought] against [the host]” to “guarantee the respect of the Turkish President in all Lebanese media.”

How has the Lebanese government responded? Der Haroutiounian has been placed on trial for “insulting the Turkish president and the Turkish people.” In Lebanon!

According to International Christian Concern, what’s happening in Lebanon is part of a larger pattern: “… [Turkey] will not tolerate references to [its] own genocidal history, [but instead]… perpetuates a policy which not only violates the other country’s national sovereignty, but also worsens religious freedom within that locale.”

Denying history, or simply re-writing it, seems to be a major goal of Turkey’s Islamist regime. Otherwise, they’d be forced to acknowledge that centuries before the coming of Islam, and a millennium before the arrival of the Ottomans, Armenians embraced Christianity and lived in what is now Turkey.

That, in turn, would the question, “What happened to them?” And that’s the question Turkey wants to avoid at all costs.

Adolf Hitler, Statements on Record Relating to the Armenian Genocide

Lebanese Armenians Singled Out in Protests