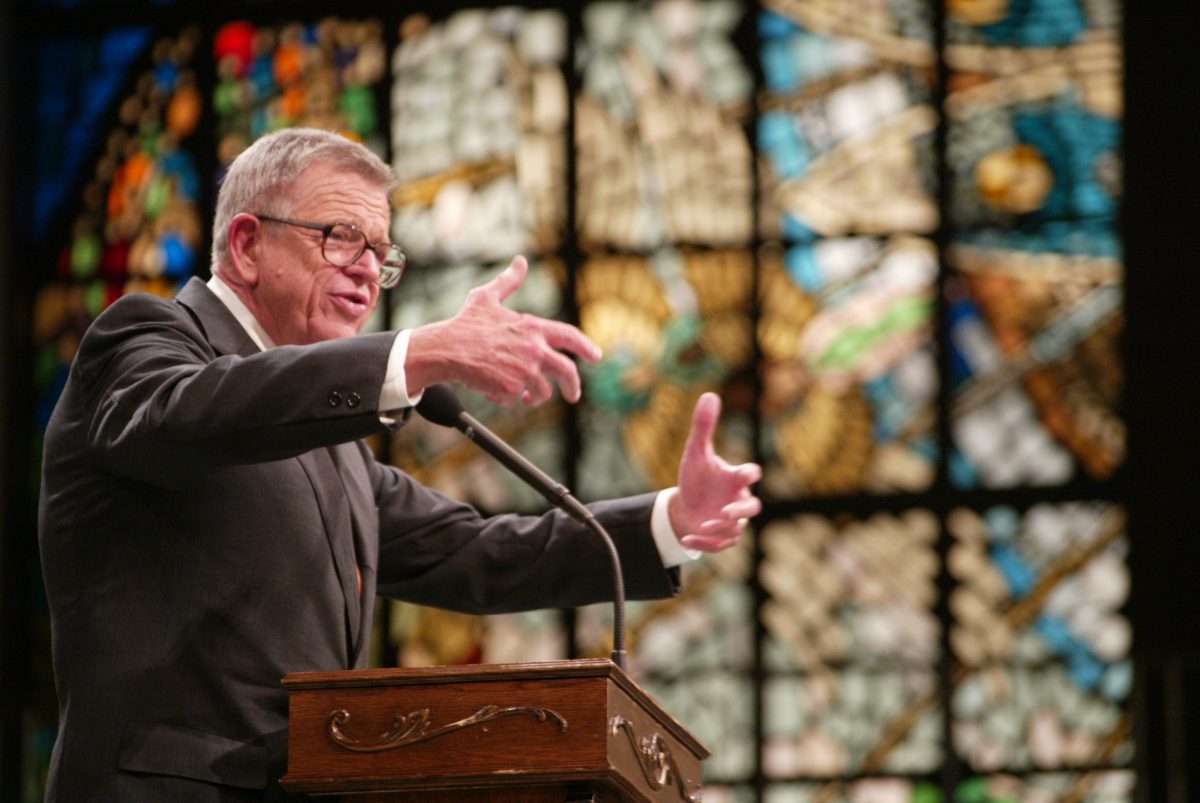 Chuck Colson was one of the great evangelical leaders of the twentieth and early twenty-first century. He had an enormous influence on so many different organizations, so many different Christians leaders, and, of course, so many individual people.

I can’t tell you how many times I meet someone who tells me, “Chuck Colson was my mentor,” even if they had never met him. They then go on to identify a book that Colson had written or a talk that he had given at some particular event. One of the striking things about it is that when someone names a book, it’s almost inevitably a different book each time.

Make no mistake: Colson’s influence came about because of how Jesus Christ had changed his life. He was an incredibly gifted person. You have to be incredibly gifted to find your place just down the hall from the most important man on the planet some time in your thirties. Yet, this giftedness accompanied by what he would often admit was his pride, led Colson to an incredible fall, one that was public and in front of the entire world.

But, he came to Christ, and that changed the trajectory of his entire life. He founded Prison Fellowship Ministries, and he also founded the Colson Center. So, today, on the ninth anniversary of his passing, I want you to hear Chuck Colson describe his own conversion, as he did on a BreakPoint that was on the thirtieth anniversary of that conversion.

Thirty years ago today, I visited Tom Phillips, president of the Raytheon Company, at his home outside of Boston. I had represented Raytheon before going to the White House, and I was about to start again.

But I visited him for another reason as well. I knew Tom had become a Christian, and he seemed so different. I wanted to ask him what had happened.

That night he read to me from Mere Christianity by C. S. Lewis, particularly a chapter about the great sin that is pride. A proud man is always walking through life looking down on other people and other things, said Lewis. As a result, he cannot see something above himself immeasurably superior — God.

Tom, that night, told me about encountering Christ in his own life. He didn’t realize it, but I was in the depths of deep despair over Watergate, watching the President I had helped for four years flounder in office. I had also heard that I might become a target of the investigation as well. In short, my world was collapsing.

That night, as Tom was telling me about Jesus, I listened attentively, but didn’t let on about my need. When he offered to pray, I thanked him but said, no, I would see him sometime after I had read C. S. Lewis’s book. But when I got in the car that night, I couldn’t drive it out of the driveway. Ex-Marine captain, White House tough guy, I was crying too hard, calling out to God. I didn’t know what to say; I just knew I needed Jesus, and He came into my life.

That was thirty years ago.

I’ve been reflecting of late on the things God has done over that time. As I think about my life, the beginning of the prison ministry, our work in the justice area, our international ministry that reaches one hundred countries, and the work of the Wilberforce Forum and BreakPoint, I have come to appreciate the doctrine of providence. It’s not the world’s idea of fate or luck, but the reality of God’s divine intervention. He orchestrates the lives of His children to accomplish His good purposes.

God has certainly ordered my steps. I couldn’t have imagined when I was in prison that I would someday go back to the White House with ex-offenders as I did on June 18 — or that we would be running prisons that have an 8 percent recidivism rate — or that BreakPoint would be heard daily on a thousand radio outlets across the United States and on the Internet.

The truth that is uppermost in my mind today is that God isn’t finished. As long as we’re alive, He’s at work in our lives. We can live lives of obedience in any field because God providentially arranges the circumstances of our lives to achieve His objectives.

And that leads to the greatest joy I’ve found in life. As I look back on my life, it’s not having been to Buckingham Palace to receive the Templeton Prize, or getting honorary degrees, or writing books. The greatest joy is to see how God has used my life to touch the lives of others, people hurting and in need.

It has been a long time since the dark days of Watergate. I’m still astounded that God would take someone who was infamous in the Watergate scandal, and soon to be a convicted felon, and take him into His family and then order his steps in the way He has with me. God touched me at that moment in Tom Phillip’s driveway, and thirty years later, His love and kindness touch and astound me still.