How Dads Change With Fatherhood - Breakpoint
How can we respond to those around us with truth and love? Give today to receive this month's featured resource.
Skip to content 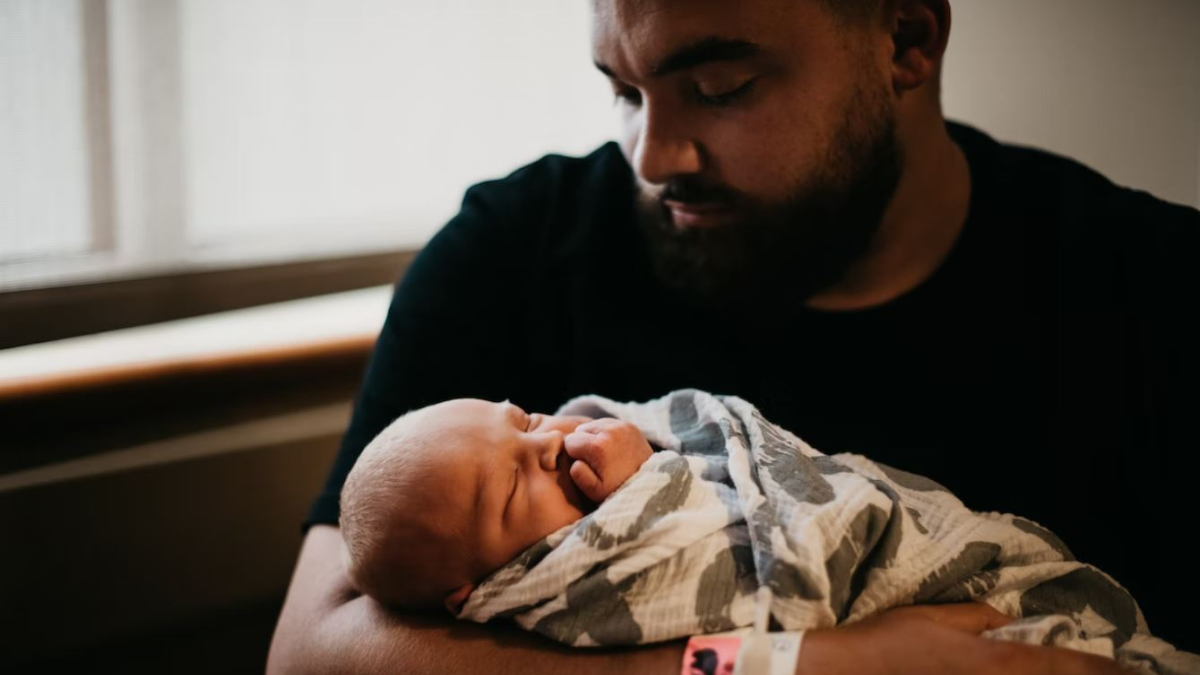 
How Dads Change With Fatherhood

Fathers are more than just sperm donors. They have a connection with their children beyond contributing DNA.

New, just published research has suggested that a man’s brain cortex shifts in “size and shape” when he becomes a dad. The cortex is responsible for high-level functioning such as reasoning and emotions. The result of these changes, scientists believe, is better empathy. Professor Darby Saxbe of the University of Southern California, who studies brain plasticity, stated that becoming a father “requires new skills like being able to empathise with a non-verbal infant, so it makes sense.”

Fathers are more than just sperm donors. They have a connection with their children beyond contributing DNA. In fact, that whole myth is losing credibility in the face of scientific and medical evidence. For instance, we know now that fathers bond physically and emotionally with their children in a way that complements a mother’s bond. That’s why skin-to-skin contact with dad is now a common practice in delivery rooms. And the connections don’t end there.

Recent discoveries have suggested that dedicated fathers, like dedicated mothers, undergo dramatic hormonal and neurological shifts upon the arrival of a baby. Some experts now even think that those shifts and the father-child bond that creates them begin even before birth.

Writing in The Atlantic, Ariel Ramchandani described a bizarre condition that sometimes afflicts expectant fathers. What’s known as Couvade Syndrome is a poorly understood set of symptoms in which a man experiences physical changes that mirror those of his pregnant partner. Things like weight gain, vomiting, aches, and pains—even cravings. Understandably, dads who go through such things are often embarrassed to talk about it. It sounds like one of Arnold Schwarzenegger’s worst movies, Junior.

Until recently, the go-to explanation was that Couvade Syndrome is psychosomatic. In other words, “It’s all in your head.” But Ramchandani marshaled evidence that something physical could be at work when men are experiencing so-called pregnancy symptoms. The key is probably hormones triggered by living with a pregnant partner and caring for a child. “Becoming a dad is associated with declines in men’s levels of testosterone,” she wrote, “and those declines are linked with greater paternal investment. Hormonal changes could explain fathers’ weight gain as well as their pre- and postnatal depression.”

According to one psychology professor at the University of Southern California, Couvade Syndrome is still a mystery, but less dramatic. Hormonal shifts among fathers are well-documented and biologically important. “We celebrate a vision of men as high-testosterone and aggressive and manly,” said this professor, “and that’s inconsistent with the parenting role.” In this view, men who feel pregnant may simply be experiencing an extreme form of the natural shifts in body chemistry that prepare them to become good dads.

Unlike mothers, however, fathers don’t undergo these shifts automatically. It comes after investment and time. Research at the University of Michigan pointed to a “feedback loop” in which fathers become better suited hormonally to nurture the more time they actually spend nurturing. According to one University of Notre Dame anthropologist quoted in The Atlantic, the degree to which fathers physically adapt to their new role can even depend on cultural norms of fatherhood.

Men who behave like dads, science seems to suggest, become better dads. But this research also understates an enormous difference between mothers and fathers in that they each contribute to child-rearing in unique, distinct, and important ways. Ironically, the fact that some men experience symptoms reminiscent of motherhood could be proof that mothers aren’t the only thing that children need.

Male bodies respond to the call to nurture in their own way. This supports the claim that Dr. Ryan T. Anderson often makes, that there’s really no such thing as parenting: There’s only mothering and fathering. The fact is that we have a day set aside to recognize Father’s Day, and even a few movies that describe it, even bad ones. Hence, on some level, we knew this all along.