Is the Church on the Right Side of History? - BreakPoint
Skip to content 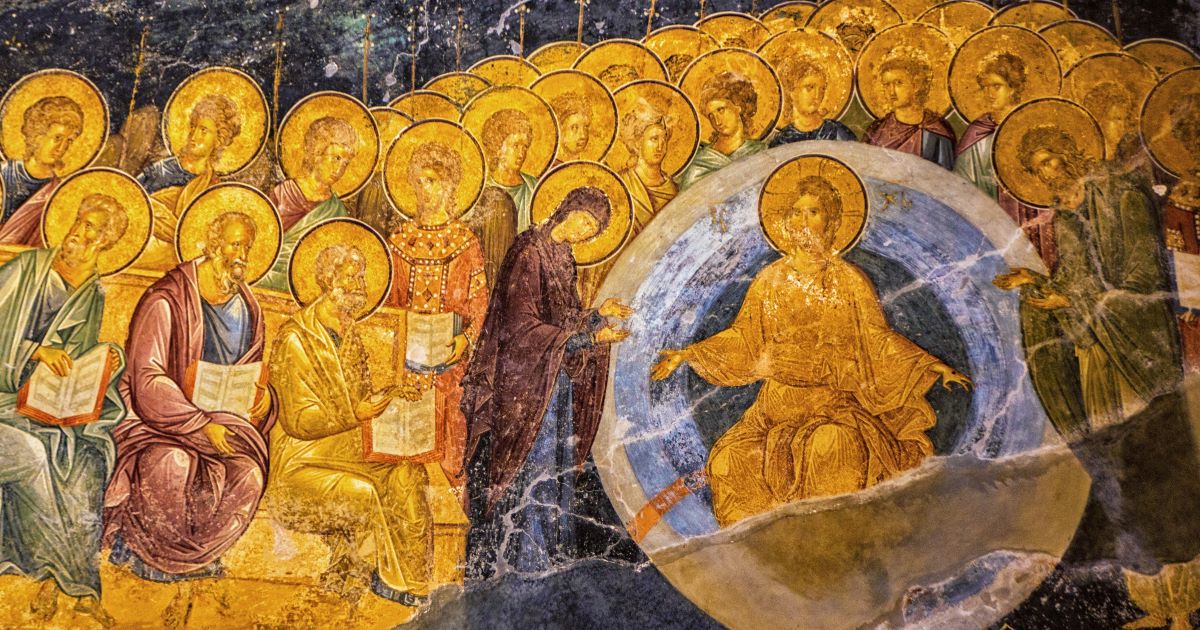 
Is the Church on the Right Side of History?

This week, a landmark Supreme Court decision solidified the self-understanding of progressives as those “on the right side of history.” Story after story used such language.

I don’t blame progressives for thinking of themselves in this way. Indeed, it’s hard not to look at the rulings coming out of the High Court since 1973 and miss the near one-sided directionality of their decisions.

My problem isn’t with progressives, it’s with the Church.

At some point in America’s past, the culture war came to battle over time itself. Many who rejected the Bible’s enduring claims put a bid on the future, and far too many Christians settled for simply the past. You can see this in the very names the various factions chose for themselves – “conservatives” and “progressives.”

It strikes me that today in particular, the Church won’t persuade anyone with a moral argument that starts, “Back in the good old days . . .” At best, we’ll score some cheap points with those already agreeing with us, but everyone else will be thinking about the sins (slavery, racism, sexism, etc.) which tainted this utopian past we’re holding up as ideal.

There is no conversation in which the Church has been more harmed by this retrospective approach than the one surrounding race relations. This is ironic because, in the biblical story, the Church alone has the tools needed to lead in this moment. We can even go so far as to say that if our society isn’t standing on the ladder of Scripture, we won’t reach the noble goals of any new civil rights movement.

It strikes me that today in particular, the Church won’t persuade anyone with a moral argument that starts, "Back in the good old days . . ." At best, we’ll score some cheap points with those already agreeing with us, but everyone else will be thinking about the sins (slavery, racism, sexism, etc.) which tainted this utopian past we’re holding up as ideal.

In his book, A New Heaven and a New Earth, J. Richard Middleton points out that Revelation 21:3 shifts from the singular to the plural in reference to God’s people:

“And I heard a loud voice from the throne saying, ‘Behold, the dwelling place of God is with man [singular]. He will dwell with them, and they will be his peoples [plural], and God himself will be with them as their God.’”

This shift, says Middleton, shows, “the general thrust of the biblical story, which expands the boundaries of the covenant people to include all humanity.”

In the Old Testament, we learn that the children of Abraham will be as many as the stars in the sky and the sand on the seashore. (Gen 22:17) The surprise of the New Testament is that, through the New Covenant, those children will be made up of people from every tribe, tongue and nation (Rev 5:9).

This all-embracing mission can be seen in the earliest pages of Scripture, as Old Testament scholar Alec Motyer puts it:

“From the very beginning we see that whenever God narrowed his purpose down to the particular, it was in order that he might bring his grace to the universal… The Covenant which began with one man Noah, came to be expressed, after the Flood, in worldwide terms (Gen. 9:12–13) and to be symbolized by the world-embracing rainbow.”

Thus, the biblical story from Abraham forward can be summed up as moving from a person (Abraham) to a people (Israel) to a person (Jesus) to all peoples (the multi-ethnic church). The many peoples of Earth become the new one people of God.

Currently, we’re living in the “peoples” part of the story, the final and climactic act. This can be seen by looking at where the church is located globally: 26% in Europe, 37% in the Americas, 24% in sub-Saharan Africa, and 13% in Asia and the Pacific.

You can see the same reality by looking at local churches in which multiple families, races, and cultures are represented. While Revelation 21:3 reminds us that the global church is not made up of a particular family or blood type, it should also remind local churches that they are not mere affinity groups united by racial or socio-economic factors.

At its best, the local church will reflect at least some of the beauty and diversity of the global Church. Indeed, the Church is nothing less than a sign of the present in-breaking of Jesus’ inclusive reign.

It’s a sign that when Christ went down to the grave, He secured the treasure once buried in a field. It’s a sign that the leaven of the kingdom is working its way through the dough of the world. Indeed, the melting of homogeneous worship can only mean the Spring of Pentecost is here; the King is summoning his peoples.

To be sure, Christians need to conserve the order of Genesis 1, but not at the expense of progressing toward the order of Revelation 22. As people of the Resurrection, our mission is to call a dying, fragmented world to live on the right side of history.

You see, the Christian faith isn’t wistful for the ethic of a bygone era; we’re presently living under an eschatological rule which is by definition future oriented.

Said differently, maturity is found by going to the future, not the past. It’s incumbent upon the Church, now more than ever, to be a beacon of such forward-looking maturity, a witness not to some golden age of the past, but to the age to come.

This passage from Moby Dick offers a clarion call:

“The pulpit is ever this earth’s foremost part; all the rest comes in its rear; the pulpit leads the world… Yes, the world’s a ship on its passage out, and not a voyage complete; and the pulpit is its prow.”

Today, the pulpit assumes a lesser place on the ship of society, but our message to the Earth remains a vital part of our calling. Rather than casting a fresh vision of human flourishing rooted in God’s eternal Word, we too often look to the past with rose-colored glasses, believing that if we could only go back in time, then all would be well. But, this would miss the flow of the biblical story. To be sure, Christians need to conserve the order of Genesis 1, but not at the expense of progressing toward the order of Revelation 22. As people of the Resurrection, our mission is to call a dying, fragmented world to live on the right side of history.

Christianity is not some ancient example of pagan thought where we live in a perpetual decline from some golden age of the past; nor is it the vacuous creed of contemporary progressivism where we’re always evolving to who knows what or where. It is the faith of those called by God to join in on a grand restoration project, but, unlike our rose-colored glasses, the path of this restoration is not found in turning back the clock but by Him making all things new.