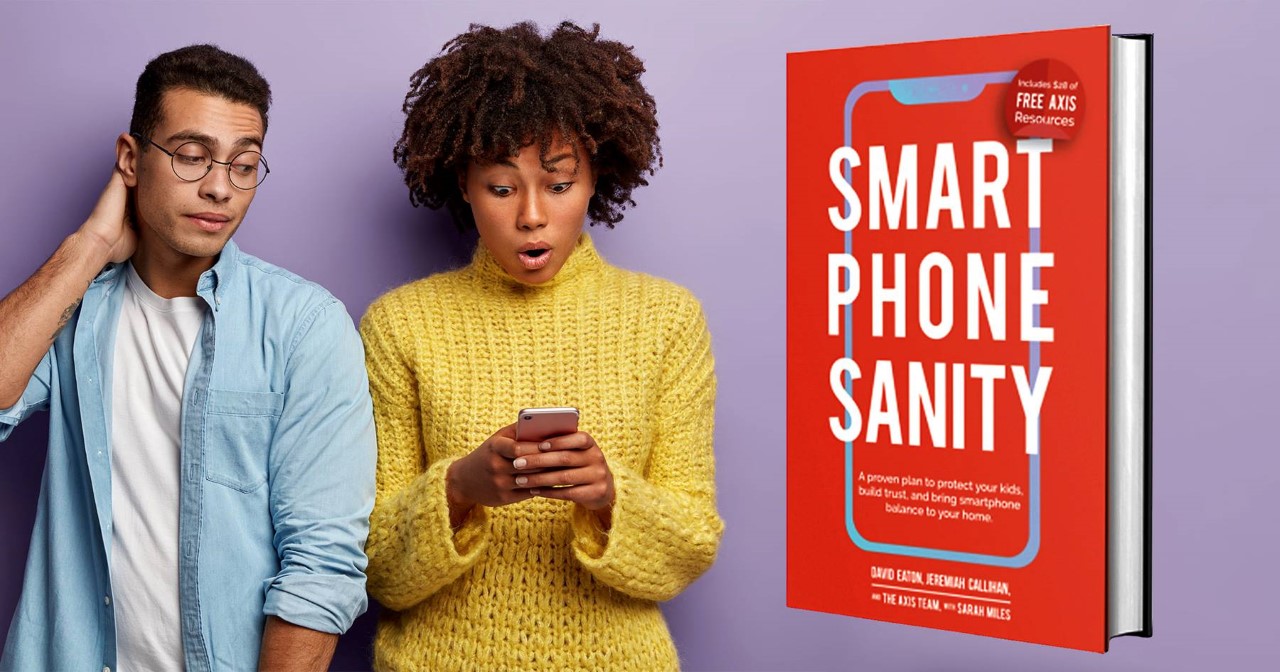 When iPhones first hit the market in 2007, they were cool but clunky. Since then, they’ve gotten smaller, then sleeker, then bigger again. Then they added a camera, then a better one, now three of them. These things are always changing. They’re always getting better.

But they’re also changing us. And not for the better.

Before the smartphone, Dr. James Dobson used to say that busy schedules were the biggest challenge facing American families. We worked too many hours and our kids were on too many teams, which left us without enough time to just be together.

Today, whatever family time we can find is too often interrupted. At restaurants or even relaxing on the couch with family and friends, our screens are almost impossible to resist.

We’re buzzed and notified, beckoned to leave the world we’re in for another, to choose people far away whom we may not even know over the ones right in front of us. We’re physically together but functionally alone.

According to a recent survey, 70 percent of adults believe they’re addicted to their phones, and 70 percent felt they’d be better parents if they didn’t look at their phones so often. I raise my hand with them.

We have a problem.

Of course, phones, like most technologies can be used for good things too. They can even help relationships.

Therein lies the challenge. Like money, smartphones are an easy scapegoat. We can blame them for our misdeeds, but they are a-moral as a technology. The problem is we are not intentional enough with our technologies to think through how we use them and determine whether we serve them or they serve us.

After all, the biggest tempters in our techno-culture are often those things that distract us. If we were to give an account of how much time we’ve spent sitting and staring at a phone, wasting time that God has given us and we’ll never get back, we’d likely be somewhere between embarrassed and ashamed.

I realize I’m preaching to the choir. I’m preaching to myself. Many of us are trying to break our bad smartphone habits, and not just for our own goods. It’s one thing to bemoan what phones are doing to us. It’s downright terrifying to consider what phones are doing to our kids. Today’s teens are among the first to walk into the world with the internet in their pockets.

That’s why I’m so grateful for the new book “Smartphone Sanity” from my friends David Eaton and Jeremiah Callihan. “Smartphone Sanity” starts with a refreshingly reasonable premise: Smartphones are here to stay. Rather than offering a tone-deaf prescription to just throw them away – which, I might add, would be the quickest way to ensure your kids tune you out – Eaton and Callihan encourage parents to reason together with their kids, especially to talk about how as parents we’ve abused our smartphones, too. That attitude of humility that will go far with our hyper-vigilant teens, who are always ready to spot hypocrisy.

The book also recommends a series of activities for parents and kids meant to foster honest conversation, like making a meal together or engaging in an activity your kids love. The book offers real solutions. In fact, it is a solution, written so that families can read it and discuss the strategies together.

Along the way, Eaton and Callihan tackle all the major issues: screen addiction. Social media shaming. Sexting. When are kids ready for a phone? How much privacy should they reasonably expect when they have one?

Smartphone Sanity: A proven plan to protect your kids, build trust, and bring smartphone balance to your home,” by David Eaton and Jeremiah Callihan