Lines of Light and Darkness: Why Does the Bible Divide Cain from Seth? - Breakpoint
Give today to learn what it means to be a thoughtful Christian!
Skip to content 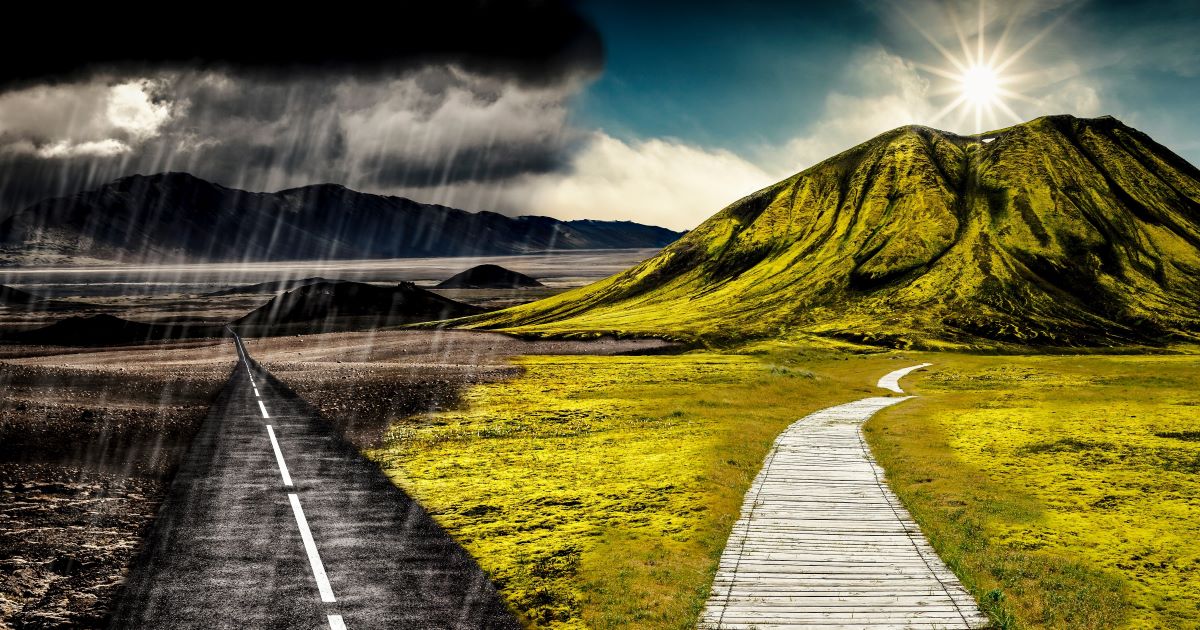 
Lines of Light and Darkness: Why Does the Bible Divide Cain from Seth?

Why does Adam’s lineage begin with Seth? Why does Cain have his own? There are plenty of progeny named that don’t share the same seed line as Christ, so why is Cain’s progeny separated from Adam’s in every place mentioned in the Bible?

That’s an interesting question, perhaps more interesting than it might at first seem. As it turns out, the two lines are distinguished intentionally, and this fact helps us to understand some key elements of the biblical view of and hope for humanity.

In a sense, this is more literary than literal. I don’t mean that there weren’t literally two groups, but the two real groups took on a metaphorical meaning. In this case, it demonstrates the distinction between those who aligned with God and those who choose the world.

The division of the lines of Cain and Seth is part of a common practice in the Bible where individuals or even nations are used to illustrate deeper points. Think of Babylon. This great city is not only a real place with a real role to play in history, but, from Genesis to Revelation, it stands as the archetype of human hostility to God and the pride which goes before a fall. In Genesis, it’s the place of the Tower of Babel, in II Kings it’s center of Nebuchadnezzar’s vanity, and in Revelation it’s the sum of our collective corruption and idolatry. It’s the world against God.

Likewise, Jerusalem is both a real place with specific virtues and vices, often more of the latter, but it is also the location of God’s unique interaction with humanity. It’s from Salem in Genesis that Abraham receives God’s blessing through Melchizedek. It’s on Zion that David establishes the Temple where God’s people may meet with Him. Most prominently, it is there that Christ died and was raised. Finally, in Revelation, it’s the New Jerusalem coming down from heaven, the symbol of God’s eternal residence with His people. It’s the world with God.

In the same way, thematically, the line of Cain is shorthand for those outside God’s blessing and the sons of Seth are its recipients. This doesn’t mean that all of Seth’s biological line were saved nor that none of Cain’s found blessing. After all, it’s hardly as though the lines never mixed, nor that we aren’t also descended from Adam’s “other sons and daughters.” It’s a trope, after a fashion, where all humanity is aligned with one or the other of these two groups, not as a literal description of genetic determinism but as a way to see that we’re either with God or against Him.

At the same time, what we’re seeing here is more than a quirk on the level of “Once upon a time” or “It was a dark and stormy night.” Instead, the Bible takes up a human trait and uses it to express these deeper ideas. In ancient times, people drew a great deal of their identity from their tribal group, and the Scriptures tell us of our identity through a spin on a new set of tribal ancestors. As they “found themselves” in their descent from a great man of the past, we are to define our identity and ethics by our connection the greatest Hero of them all, Christ.

In our highly individualistic age, we don’t have much of a sense of this. Usually, unless we’re talking about royalty or a connection to someone famous, we simply note that we’re Scotch-Irish or African or some other macro-level ethnic group. Even this is often more a question of curiosity than identity.

For our ancestors, on the other hand, this connection was much more potent, linking their present-day reality to a revered figure. For them, family meant more than one’s childhood home and mom/dad/siblings; it was bound up in vocation, religion, way of life, and view of the world. Your line, your connection to a past hero, was the source of who you were and how you lived your life. The virtue and value of being a member came not from themselves but from whom they derived their name.

In the Bible, being a descendant of Abraham was key to Israel’s self-identity, even if after a few generations there were hundreds and then thousands of others in the family tree. His name and his blessings came to them.

The people of God were not merely a random collection of folks who happened to live in a particular area. They were the Sons of Israel or the Children of Abraham, as opposed to the Goyim, the Nations, the Gentiles. They were who they were on account of the ancestry which they shared. In this case, because they were Abraham’s heirs, they shared in his inheritance. It was by being of the House of Abraham, and later, the House of Israel or of Judah, that God’s people found their hope.

While this is overtly exclusive, and therefore entirely unpalatable to our postmodern world, anyone could receive these same blessings by removing oneself from a previous tribal identity and claiming spiritual descent from Abraham. Rahab and Ruth are wonderful examples of this. They were in the outside group, the line of Cain, so to speak, but they were brought into the inside group, the line of Seth.

By the time you get to the New Testament, the titles of Cain and Seth had largely been dropped but the concept of a dual humanity endured, one aligning with God and in defiance of Him. Paul makes use of this same imagery, but instead of Cain and Seth it is Adam and Christ. Think of I Corinthians 15 where he speaks of the first and speaks of the first man and the second, the one offering natural life but the other granting imperishable life. Or Romans 5 where death comes through Adam but life through Christ.

Our location within the differing groups demonstrates our tribal affiliation, as it were, at a spiritual level. When we say that we are in Christ, we’re declaring that it is in Him that we find our identity, our sense of purpose, and our path in this world. We’re not merely atomistic flecks floating along our lives, “free” to choose which way to go, hopelessly lost and subject to the wavering currents of passing fancy. We’re members of something greater, something more enduring, something that gives us guidance, hope, and salvation. Our virtue and value are now secure in Him.

If there is an issue you would like to see addressed, send an email to askthecolsoncenter.org