Podcast: “No” to the Equality Act, with Greg Baylor - Breakpoint
Help make a bigger worldview possible for Christians around the globe with a year-end gift!
Skip to content 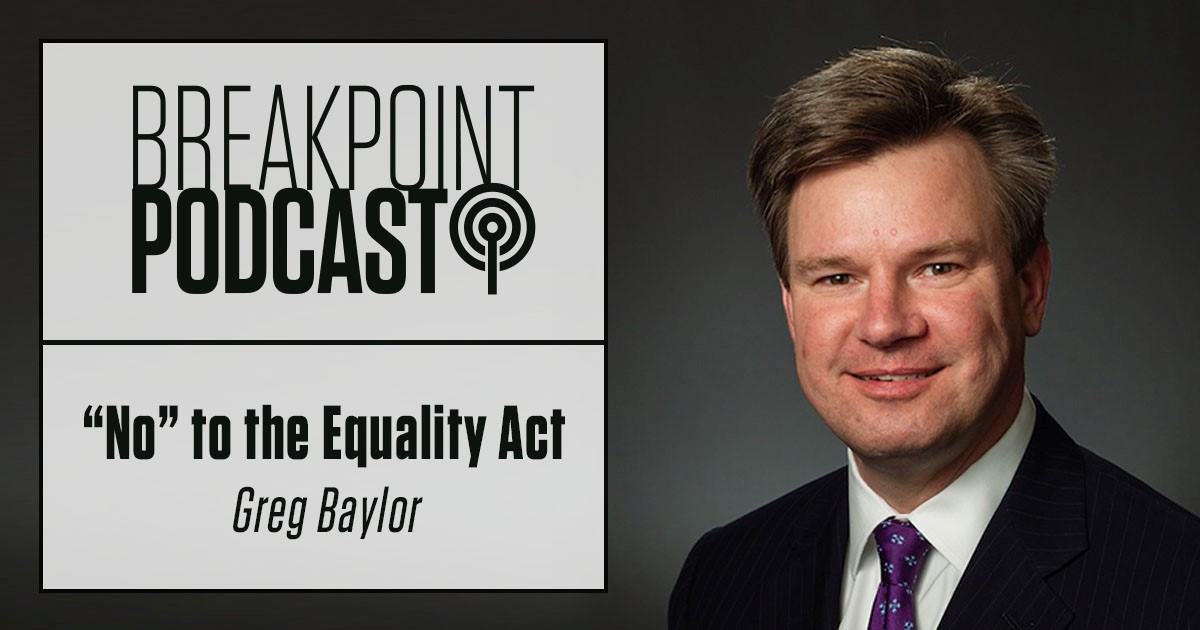 
Podcast: “No” to the Equality Act, with Greg Baylor

Just how big a threat is the Equality Act to religious freedom? According to the Alliance Defending Freedom’s Greg Baylor, it would pose the biggest threat to religious freedom in the  history of the American republic, placing the full force of the  federal government behind a terribly destructive gender ideology.