Supreme Court Re-Writes 1964 Civil Rights Act: Title VII to Include Sexual Orientation - Breakpoint
How can we respond to those around us with truth and love? Give today to receive this month's featured resource.
Skip to content 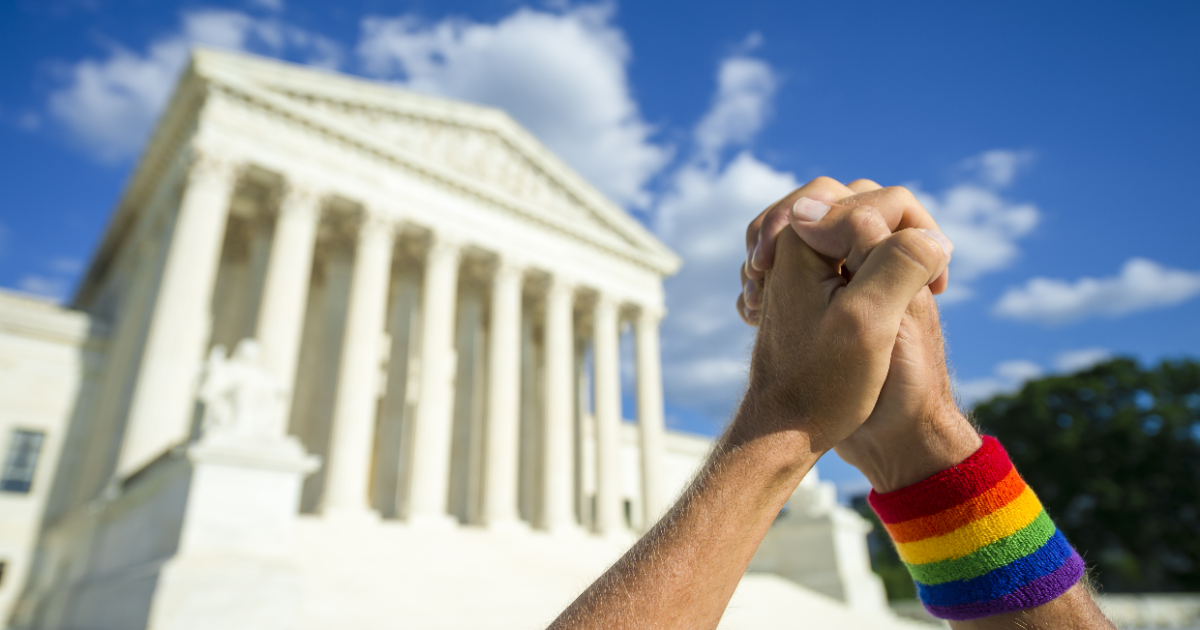 Yesterday, by a 6-3 vote, the Supreme Court ruled that Title VII of the 1964 Civil Rights Act, which prohibited discrimination in employment on the basis of sex, also includes sexual orientation and gender identity.

The decision, Bostock v. Clayton County,  involved three cases. In two of them, a social worker and a skydiving instructor claimed they were fired for being gay. The third case involved the firing of a funeral home employee who, after being hired as a man, identified and presented as a woman.

Everyone expected the decision to hinge on whether or not the word “sex” should be limited to a biological understanding or expanded to include the categories of sexual orientation and gender identity. The lawyers for the defense argued that when Congress passed the Civil Rights Act in 1964, they had no sense that the word “sex” meant anything other than biological categories. Therefore, ruling for the plaintiffs would amount to re-writing the Civil Rights Act, something only Congress can do.

“Sex,” wrote Gorsuch, “plays a necessary and undisguisable role in the decision” to fire a homosexual or transgender person “for traits or actions it would not have questioned in members of a different sex.” And that, he wrote, “is exactly what Title VII forbids.”

In other words, rather than directly saying the word sex in Title VII should include sexual orientation and gender identity, he essentially argued that if employers wouldn’t fire a man for sleeping with a woman, they shouldn’t be able to fire a woman for sleeping with a woman. Extending that logic, if a woman is allowed to dress like a woman, you can’t fire a man for dressing like a woman.

To be clear, Gorsuch didn’t really explain why his logic applied to transgender persons. He assumed something that many gays and lesbians disagree with, that what applies to same-sex attracted people is equally applicable to transgender people. (Of course, the “T” hitched late to the LGB acronym, and has long made its living off others’ fights. Consider the #blacktranslivesmatter movement, for example.)

Gorsuch anticipated the objection that sexual orientation and gender identity were the furthest things from the drafters’ minds: “Those who adopted the Civil Rights Act,” he wrote, “might not have anticipated their work would lead to this particular result. Likely, they weren’t thinking about many of the Act’s consequences that have become apparent over the years, including its prohibition against discrimination on the basis of motherhood or its ban on the sexual harassment of male employees. But the limits of the drafters’ imagination supply no reason to ignore the law’s demands.” [Emphasis added]

If Gorsuch is right about that, then there is no fixed meaning in the text of any law or statute.

As Justice Kavanaugh wrote in his stinging dissent, claiming to uphold the “literal” meaning of the word, Gorsuch completely savages the ordinary meaning. Justice Alito, in his dissent, took it even further. “…a more brazen abuse of our authority to interpret statutes is hard to recall…”

Alito’s closing words are worth quoting in full: “…the authority of this Court is limited to saying what the law is. The Court itself recognizes this, ‘The place to make new legislation . . . lies in Congress. When it comes to statutory interpretation, our role is limited to applying the law’s demands as faithfully as we can in the cases that come before us.’ It is easy to utter such words. If only the Court would live by them.”

The consequences of yesterday’s ruling will be significant. It is, to be clear, a broad ruling masquerading as a narrow one. Justice Gorsuch’s claim that the decision has no bearing on “bathrooms, locker rooms, and other things of that kind,” is patent nonsense. This is more likely the beginning of a national SOGI law, in which sexual orientation and gender identity is equated with race and protections are extended and applied to other areas of the Civil Rights Act, including those that govern housing and education.

Remember when we were also told Obergefell would have no bearing on religious freedom or other issues? Certain ideas, when imposed, make other ideas possible, even necessary. Yesterday’s decision would have never happened without Obergefell. The decisions of tomorrow, when Title IX and other federal laws are completely reimagined as if biological realities don’t exist, will be made because of yesterday’s decision.

From Equality Indexes to SOGI Laws, the LGBTQ Movement Marches on