Take Away Your Phone and What Is Left? - BreakPoint
Join us in helping to equip and renew the Church with a Christian worldview by giving before our fiscal-year ends!
Skip to content 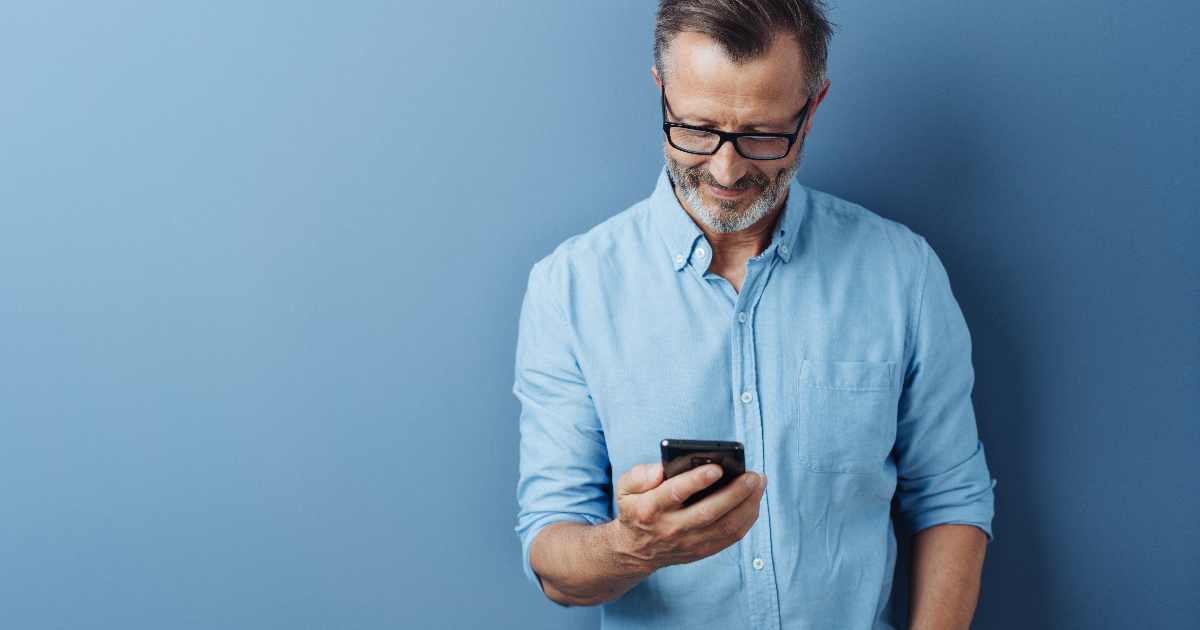 
Take Away Your Phone and What Is Left?

Five years ago, photographer Eric Pickersgill and his wife, Angie, were lying in bed, backs turned to one another, looking at their phones. When Pickersgill dozed off, his phone slid from his hand and hit the floor. The sound jolted him awake.

As he told the BBC, he saw the scene from the perspective of the ceiling fan in his mind’s eye. There he was, hand frozen in the same position, only minus the phone. He and his wife were “so close physically but psychologically and emotionally so separated from one another.”

This inspired a project that depicts how technology dominates our lives, often to the detriment of our most important relationships. The remarkable series of photographs is called “Removed.”

The pictures run between startling and comical. In one, a newly married couple sits on the hood of a car marked, “Just Married” staring at non-existing phones instead of each other. In another, a crowd at an auction sits gazing into their empty hands as if they were at a palm-readers convention.

The photos are all posed, but this project ought not be dismissed as a mere stunt. As Pickersgill told the BBC, he didn’t know the people in the pictures beforehand. He saw people looking at their phones, explained his project, and asked them if they would be willing to pose. Perhaps the reason they agreed is that they saw themselves in the point he was trying to make.

Of course, if any of us were photographed throughout our day, chances are we’d be caught in similar poses. Who among us is not, at some level, hitched to our glowing rectangles? As the display’s curator put it, “Removed” lifts “the veil of contemporary technology’s hold on our devotion.”

It also reveals how much this “devotion” isolates us from other people.

In her 2011 book, “Alone Together,” MIT psychologist Sherry Turkle wrote about how the technology we think gives us more control actually controls us. Our phones are, as Pickersgill graphically illustrated, the last things we look at every night and the first things we check every morning.

In “Alone Together,” Turkle describes teenagers who are actually afraid of phone calls because they require a level of “intimacy” and spontaneity they cannot control. Texts and social media are conducted by us, on our own terms, and can be stage-managed and honed to ensure that others see only what we want them to see.

In the eight years since Turkle’s book was published, our “together aloneness” has only become more entrenched, and the psychological impact Turkle described more pronounced and more tragic.

According to a recent study by the American Psychological Association, “rates of mood disorders and suicide-related outcomes [among adolescents and young adults] have increased significantly over the last decade.” And, the researchers directly state that “The increase in adolescent major depressive episodes began after 2011, concurrent with the increased ownership of smartphones and a concomitant increase in digital media time in this age group . . .”

Our devotion to our glowing rectangles isn’t giving us the control we thought it would. On the contrary, it has been a key ingredient in the spread of what former Surgeon General Vivek Murthy called an “epidemic of loneliness,” which is, according to Murthy, as bad for our health as smoking.

Perhaps that’s why people were so willing to pose for Pickersgill. Like smokers who know they should quit for their own good, maybe we understand we really would be better off without a phone in ours hands all the time.

Maybe we should give it a try, even if no one is taking our picture.