The Christianity of Jane Austen’s Novels - Breakpoint
Help make a bigger worldview possible for Christians around the globe with a year-end gift!
Skip to content 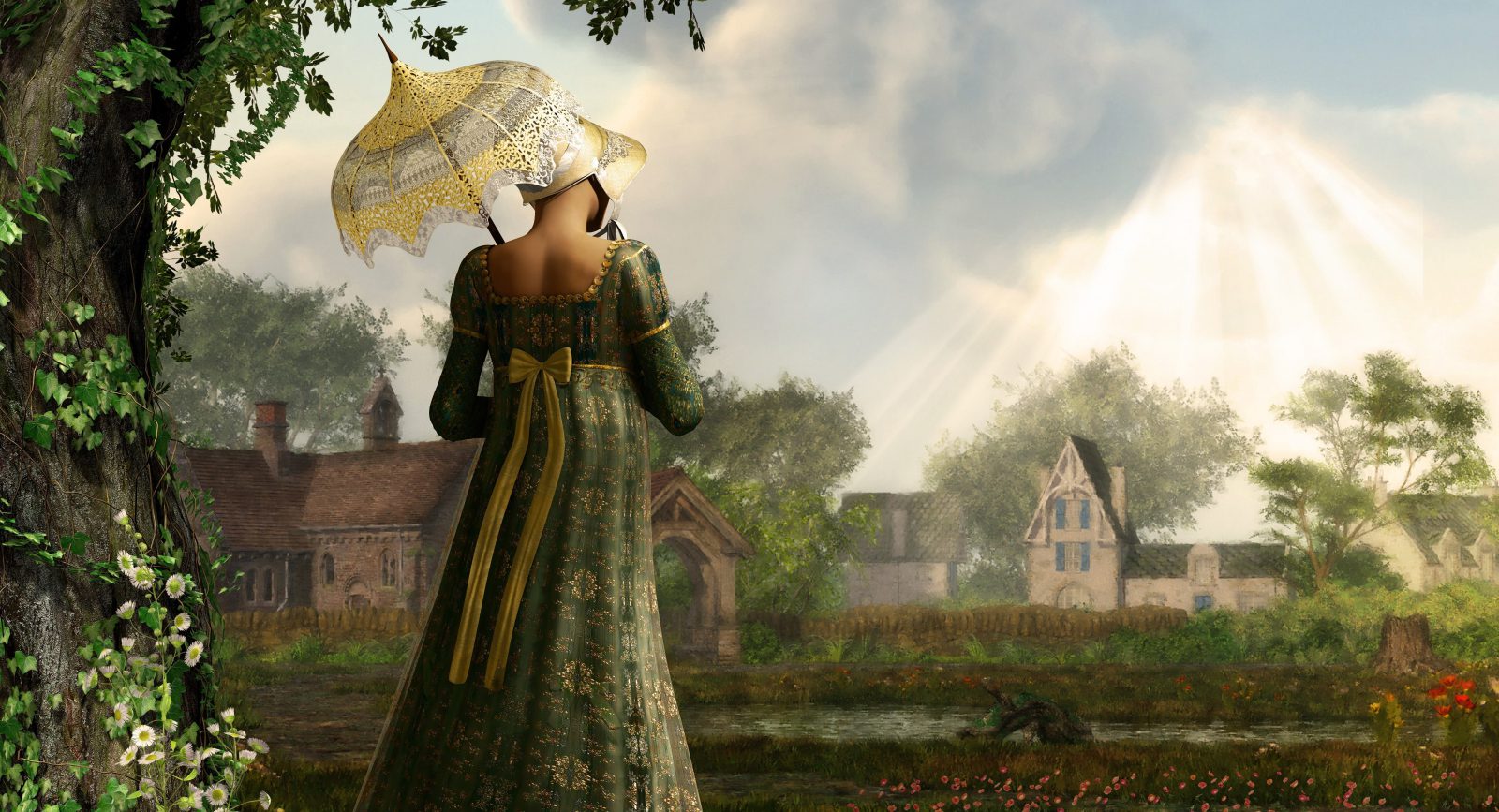 
The Christianity of Jane Austen’s Novels

Are “Pride and Prejudice,” “Sense and Sensibility,” and “Emma” Christian novels? What about “Mansfield Park,” “Persuasion,” or “Northanger Abbey”?

No–not if you think a “Christian” novel has to include long witnessing scenes and all the characters accepting Christ by book’s end. And yet, the delightful novels of Jane Austen—the daughter and sister of clergymen–ARE deeply Christian, although it takes a thoughtful reading to uncover their biblical truths.

Peter Leithart, author of “Miniatures and Morals: The Christian Novels of Jane Austen,” calls Austen “one of the most theologically sophisticated of English novelists.” Her books, he writes, “may be read as allegories of redemption. The moral insight achieved by her flawed heroines often looks like a religious conversion, and even the sudden surprise of love pierces like an arrow of grace.”

Moreover, Leithart says, “male characters “frequently ‘save’ the heroines, often from the rakish ‘serpents’ who would seduce them.” They also use their positions of authority (as members of the landed gentry) for good:

Mr. Darcy, in “Pride and Prejudice,” quietly rescues Elizabeth Bennett’s youngest sister, who has foolishly run off with Mr. Wickham, who has no intention of marrying her. In “Emma”, Mr. Knightley rescues the chatterbox, Miss Bates, after Emma humiliates her, and later chastises Emma for her rudeness toward one of the poorest members of their community instead of treating her with the compassion she deserves. When a plain young woman named Harriet finds herself a wallflower at a ball, Mr. Knightley asks her to dance with him.

Each of Austen’s heroes “is a Christ-like lover who sacrifices, often at some cost to his reputation, to win his bride,” Leithart notes. “They are servant-heroes, not macho-heroes.” Each is presented as an honorable, admirable character, worthy of emulation. And Mr. Knightley’s kindness to his poorer neighbors illustrates Austen’s “deeply Christian vision of community life.”

Do we want to understand true virtue? In “Pride and Prejudice,” Austin invites readers to learn the difference between virtue and its counterfeits. Mr. Collins, for example, is a cleric—someone whom we might assume is a moral leader. But he is too pompous, too vain, and too absorbed in flattering his patron, Lady Catherine DeBourgh, to be any use as a moral teacher.

Wickham, who courts Elizabeth Bennett, is another moral counterfeit, Leithart notes, “presenting a false version of the specific virtue of amiability.” His mask of amiability hides his true character: he is selfish, devious, and greedy.

By contrast, both Jane Bennett and her love interest, Charles Bingley, are genuinely amiable. The amiable man or woman is not someone who wants desperately to be liked and does everything possible to avoid conflict; true amiability has to do with forgetting “oneself with the aim of pleasing another,” explains Catholic scholar Marian T. Horvat. “The amiable man will sacrifice himself in order to offer a legitimate satisfaction or pleasure to other members of society.”

Ultimately, amiability is the acting out of 1 Corinthians 13, “who does not boast, or dishonor others.”

“Sense and Sensibility” is a novel about secrets—appropriate secrets and inappropriate ones. Two sisters, Elinor and Marianne Dashwood, are in love; Elinor with Edmund Ferrars, Marianne with John Willoughby. Marianne and Willoughby conceal the exact nature of their relationship, which serves, in the end, to harm Marianne.

When Willoughby’s aunt learns of his treatment of a young woman named Eliza, whom he has impregnated and abandoned, she disinherits him. Willoughby promptly abandons Marianne, as well, and marries an heiress named Miss Gray.

“Had the relationship with Marianne been more officially formalized,” Leithart notes, “Willoughby would have not been able to pursue another woman so readily; the potential scandal of breaking an engagement would have inhibited (if not prevented) him from abandoning Marianne.

So long as their relationship remained formlessly unofficial, he is free to come and go as he pleases. Their secrecy “is part of a conscious assault on the conventions of society, he adds—conventions intended to protect vulnerable women like Marianne, who is both poor and fatherless.”

Elinor keeps secrets, too, but for nobler reasons. When Lucy Steele tells her in confidence that she is secretly engaged to Edmund, Elinor keeps her heartbreak to herself. But then Edmund and Lucy’s engagement is announced—and Marianne is astounded to learn that Elinor has known of it for months. Why did she not confide in her sister and her mother?

Because, Elinor replies, she felt it was her duty to keep Lucy’s secret. As well, she adds, “I did not love only him; and while the comfort of others was dear to me, I was glad to spare them from knowing how much I felt.”

As Leithart explains, “Elinor’s sense is revealed here as a specifically Christian virtue; she does not subordinate her passions, in Stoic fashion, to her reason. Rather, she governs her passions so that she can do her duty; she subordinates her passion for the sake of love and self-sacrifice.”

Films based on Austen’s novels have become extremely popular in recent decades, and often lead viewers to the books themselves. Following the release of “Sense and Sensibility” in 1995, starring Emma Thompson and Hugh Grant, Miss Austen found herself on the New York Times bestseller list for weeks.

That is an excellent thing, given how little exposure the young, many of whom struggle to swim through the relativistic waves of our cultural oceans, are exposed to today, in films and on television, of biblical morality, embraced by likable characters.

Their moral content aside, the Austen novels are hilariously funny. As Christian Studies professor Jerram Barrs puts it, “The stories are subversive and work like Jesus’ parables. The humor and the ironic insight into human sin get under your skin, and then you find yourself on board for the ride as you enter further into her very serious journey of understanding into the human condition.”

If you have young relatives or friends, consider giving them copies of the Austen films and the books they were based on. And then—perhaps over a cup of tea–discuss the entertaining moral lessons Jane Austen preaches: Lessons that teach us how to understand and respect one another’s foibles, see through wicked designs, and live together in communities that honor Christ and each other.

Anne Morse spent 17 years writing and editing BreakPoint radio scripts for Chuck Colson, and is the author or editor of several books. She lives in Maryland with her husband.