The Church in Afghanistan: What the Taliban Takeover Means for Believers There - Breakpoint
How can we respond to those around us with truth and love? Give today to receive this month's featured resource.
Skip to content 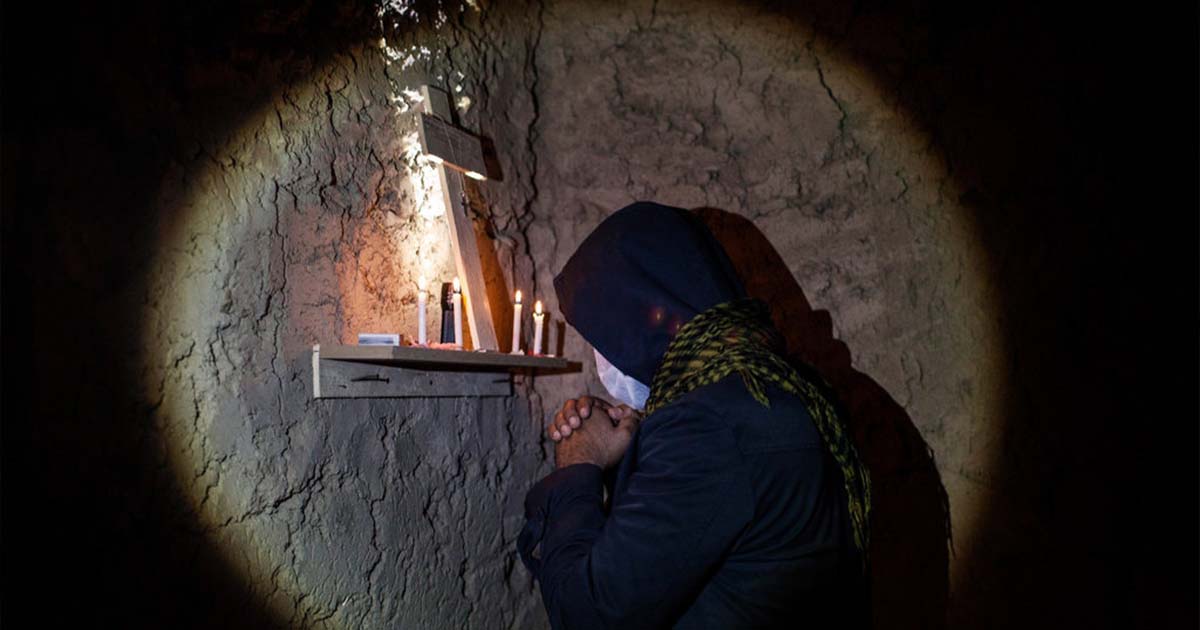 
The Church in Afghanistan: What the Taliban Takeover Means for Believers There

As the world watches the disaster unfold in Afghanistan, there’s another chapter of the story we’re not hearing nearly as much about. The Afghan church, a body of believers that’s experienced incredible growth, now faces life under the Taliban.

Early indications are not encouraging. Almost as quickly as the Islamic fundamentalists are taking control of cities, Christians are being notified that they are being watched.

Yesterday, I spoke at length with World Magazine Senior Editor Mindy Belz, who explained what is happening in Afghanistan. As part of the interview, she described what the Taliban takeover means for the Christian church in Afghanistan. Here is an excerpt from our interview.

Here is a transcript of a portion of my conversation with Mindy Belz:

[The Afghan church] is a unique community, mostly aged 40 and younger. They are all Muslim converts. It’s one of the fastest growing churches in the world. Since they are a tiny church, now doubled in size, they are considered very fast-growing. There are perhaps only 2,000 people. But they are an important force in Afghanistan, simply because of the force that the Gospel is. Because of the love of Jesus, the reach they have is a real thing in a dark, Taliban-shadowed country.

About two years ago, a number of these church community leaders did something amazing and brave: they decided to change their identity, their religious affiliation in particular, on their national identification cards.

All Afghan citizens have a national ID card. They are used all the time for many reasons. They often show religious affiliation. That affiliation tends to be handed down by the father of the family.

The new Christian church elders wanted to change their identification for the sake of their future generations. Not all Christians agreed that this was a good idea, but several dozens of them have changed their official identification to Christian. Now the government records show Christian affiliation. These are the Christians that have been targeted over the past few days.

At least one Christian that I know of has received a letter from the Taliban stating: “We know where you are, and we know what you’re doing.” This implies that the Taliban has access to this government record.

The Taliban then showed up to this Christian’s house the day before the full city takeover. They have also visited other Christian homes. You might argue these are small, isolated incidents, but they play against the backdrop of nearby atrocities: Afghan military who have been hauled out of their homes and shot, and in one case beheaded.

Afghan Christians are totally vulnerable with no political power. They have no-one to appeal to. They don’t even generally qualify for special immigrant visas to the United States or other Western countries because they have avoided working for American organizations or working for the Afghan military. To do so potentially exposes them to attention and danger.

Belz is the most experienced, trustworthy source I know of when it comes to the Middle East, especially on Christians and the Christian movement there. In yesterday’s interview, she covered in detail not only the history of Afghanistan and how the past 20 years is understood differently by Islamic fundamentalists, but the failure of U.S. policy under various presidents. This is a disaster of America’s own making.

Visit breakpoint.org to listen to the entire conversation. And please pray for our brothers and sisters in Afghanistan.