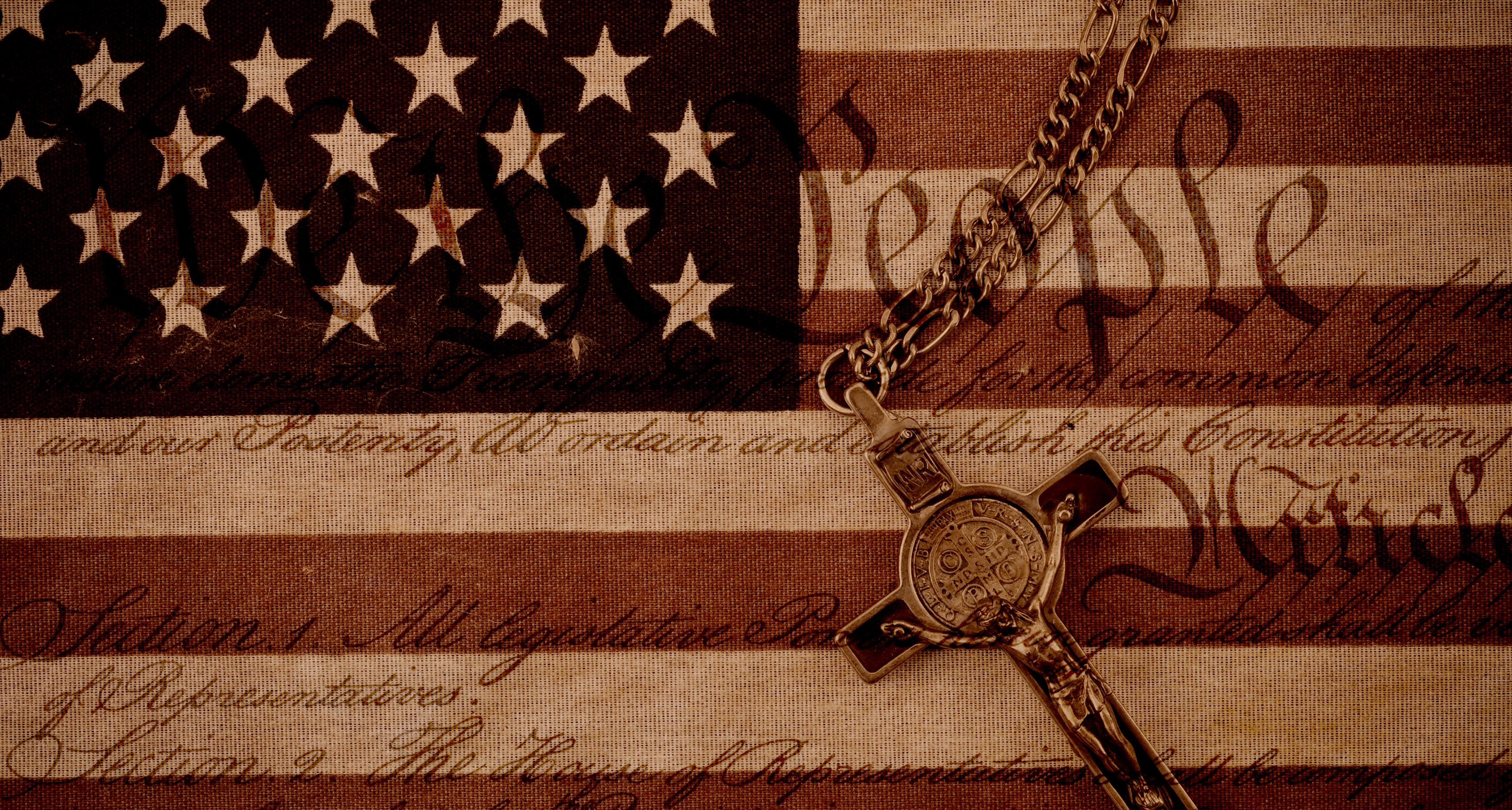 How important is religious freedom to you? Is it something you see as fundamental to human flourishing? Maybe you view it as something where we plead for the special privileges of our own in-group? Or, even more cynically, is it the sort of thing you think of as an accommodation to antiquated hobbies best left in the past? The way we answer that question will affect the way we see not only religious concerns but all questions of liberty of conscience.

It might be the very first thing mentioned in the Bill of Rights and take up more space than anything else in the First Amendment, but religious freedom has become something secondary in the minds of many recently. Few would go so far as to say that it doesn’t matter, but there is an increasing trend to see it as a subsidiary right, something to see as an optional, even irrelevant thing, something to be defended, if at all, on the basis of other Constitutional provisions.

We see this in the way that religious liberty has come to be spoken of in the public square. During the previous presidential administration, a troubling lexical change came to the way some American leaders spoke of a cardinal American principle. Instead of using the customary phrase, “Freedom of Religion,” both President Obama and Secretary Clinton started speaking of the “Freedom of Worship.”

This was no indifferent vocabulary swap. It was, and is, the considered opinion of many North American elites. These two terms sound pretty much the same, but there is a subtle distinction, and this distinction can make all the difference in the world. The one concerns truth-claims about the cosmos, and the other reduces religious distinctives to the level of sports teams with none being truer than another.

The first is more expansive, allowing for the broadest possible application across all areas of life. This means that since there is a higher court, a more ultimate authority, the state should not infringe upon people living out the implications of their religious beliefs in all parts of their lives. This is what led the likes of William Wilberforce to spend his life trying to end slavery, and it’s what led church leaders in the mid-20th century to stand up to society (and sadly many of their fellow churchmen) to refute the vile acceptance of segregation.

The philosophical basis for each of these movements was that there was a greater meaning to human existence and an eternal basis for human dignity. It is this same principle that allows Christian counselors and business owners to practice their faith in their daily lives, even if it upsets the elites du jour. In this view, neither society nor the state can claim the final word on morality or meaning.

The second is narrower, limiting attention to specifically “religious” things like prayer, liturgy, and personal piety. This means keeping spiritually-inspired convictions safely within church, synagogue, and mosque walls. This is what some of the worst tyrannies in history claimed as “freedom” and what their successors claim even today.

The practical implication of this, even for those whose religious disposition is one of benign neglect, is that religion is reduced to a hobby, and a highly idiosyncratic one at that. Just as no one expects her neighbor’s philately to affect anything beyond the stamp book, those with this limited view of liberty find it obnoxious at best for religious principles to affect anything beyond their designated areas. In this view, religion lives at the sufferance of society and the state.

Even by those dedicated to the concept of religious liberty, it has become pragmatic to speak of it primarily in terms of other rights. So, when Christian bakers and florists are coerced to participate in what they consider to be sinful activities, it’s a smart tactical play to argue that this is a violation of their freedom of speech. Or, when Christian student organizations are ordered to allow non-Christians into leadership roles, it’s an effective strategy to speak of the students’ freedom of assembly.

Not only is this a solid strategy in legal contexts but it carries great rhetorical appeal. Otherwise disinterested people can understand that Jews shouldn’t be forced to print Nazi propaganda, Muslims shouldn’t have to accept a Christian as an Imam, and Christians shouldn’t lose their freedoms of expression and group identity just because they aren’t as popular as they once were.

This is good, but it’s also not enough. If religious freedom is going to be more than a quirk on the level of the freedom to follow our favorite team in private, we have to do more. It isn’t enough to make the inclusive argument that religious freedom should be permitted as it flows from other rights; we have to make the positive argument that faith is a genuine good and that the right to practice that faith stands not only on its own but behind all other rights as well.

Part of the problem surrounding the significance of religious freedom flows from our inadequate view of liberty across the board. For too many of us, we’ve come to see liberty as an allowance that society, or, more specifically, the state, grants to us. It seen as merely pragmatic, as politeness, sort of as the grease that lets the wheels of society spin smoothly, and not the outflow of our fundamental dignity as human beings. Our freedoms only make sense if they are rooted in something more substantial than polite behavior.

What we must remember is that, instead of being merely the side-effect of freedom of speech or of assembly or the press, religious liberty is the first freedom, the right upon which all others stand and without which no other can be safely assured. It is the sine qua non of our other freedoms, the thing without which the others lose their substance, their permanence, their freedom from the death of a thousand qualifications.

Without the presence of God, or at least living as though such a higher power is a distinct possibility, all our supposed rights are as ephemeral as short-term business contracts. These cherished privileges become nothing more than convenient rules for playing the game of life, rules which can be changed or eliminated if the rule-makers decide it’s worth their while. The absence of an ultimate something or Someone renders all our revolutions and reforms as pointless as a new coat of paint over an otherwise identical surface.

What we must remember is that, instead of being merely the side-effect of freedom of speech or of assembly or the press, religious liberty is the first freedom, the right upon which all others stand and without which no other can be safely assured. It is the sine qua non of our other freedoms, the thing without which the others lose their substance, their permanence, their freedom from the death of a thousand qualifications.

Albert Camus, no Christian himself, noted that meaningful revolts were viable and significant only on the basis of belief in a personal God, a Being to whom appeal and complaint were possible. A rebellion for the sake of freedom of speech or a protest in favor of civil rights is meaningless if there is nothing greater than the state, greater than society, greater than the Party or the church to which such things may be compared and by which they may be judged.

Without freedom of religion, our other rights have no higher court of appeal than whoever currently holds the keys to power. With freedom of religion, all authorities – civil, social, and even ecclesiastical – are threatened the censure of ultimate principles and subject to the justified revolt of those under their sway. A well-meaning demand for “freedom of worship” inspired tolerance leaves the devout of all faiths with no means to imitate the great religiously inspired social reformers of the past.

Now, perhaps you are saying to yourself, “I’m an atheist/agnostic; I don’t hold to any religion. Why should I care?” You should care because while you do not believe in a higher power, you almost certainly believe in higher principles. You believe in something, even if that something isn’t Someone. While theists may contend that atheists have no proper basis for holding to such principles, it is the rare “infidel” who is not possessed of certain philosophical standards.

You may not see the peril to your non-religious liberty in threats to freedom of faith, but you certainly will benefit from the concept that there is an element to our social structures which no human institution can authenticate or abrogate. The principled freedom which protects the devout to follow their faith wherever it leads also protects those with no faith at all.

This is what is often uncomfortable about religious liberty, particularly for the religiously inclined. This freedom is and must be substantively present for all, or it’s not truly there for any.

Some mistake the appeal to religious liberty as being basically libertarian, even relativistic in origin, as though it’s a question of no faith being more or less true than another. Seeing this error, many, Christians often as not, will argue for the sake of religious liberty only in terms of how it affects their own beliefs. We want to be free to live out our faith, but we’ll turn a blind eye to times when state or social power coerces the conscience of others.

But this is to miss the fundamental nature of religious freedom and to deny its essential, constructive effect. Religious liberty is not something we’ve come up with solely the benefits it gives us. It is creational in orientation and humanistic in its blessings, and any attempt to limit it to our own favored group undermines its very intentions.

Religious liberty is not like what we saw in the Communist world of the past or much of the Muslim world today where we raise the hue and cry for liberty and a redress of injustices, only until we secure the reins of power ourselves. Instead, we must strive for the human liberties of expression, assembly, and religion of those with whom we differ greatly not because we agree with them or endorse their often awful principles.

By working as cobelligerents with people of all or even no faith, we work to preserve the liberty to share the gospel and thereby extend Christ’s kingdom and we establish the principle that there is no manmade organization of any sort which can claim our ultimate loyalty.

To borrow from Anselm, there is an ontological primacy to religious freedom. The concept and reality of a Supreme Being is something forever greater-than-which no human institution may pretend to surpass. The same God who reigns above the powers of the state and cultural pressure likewise rules over the church. Even as we retain our confidence in the eternal truth of God revealed Word in the Bible, we can trust that His church may march along its appointed path whether or not we use the weapons of the state to enforce His divine decrees.