"Treatment-Resistant Depression” and the Loss of Meaning - Breakpoint
What makes the Church essential? Click here to learn more.
Skip to content 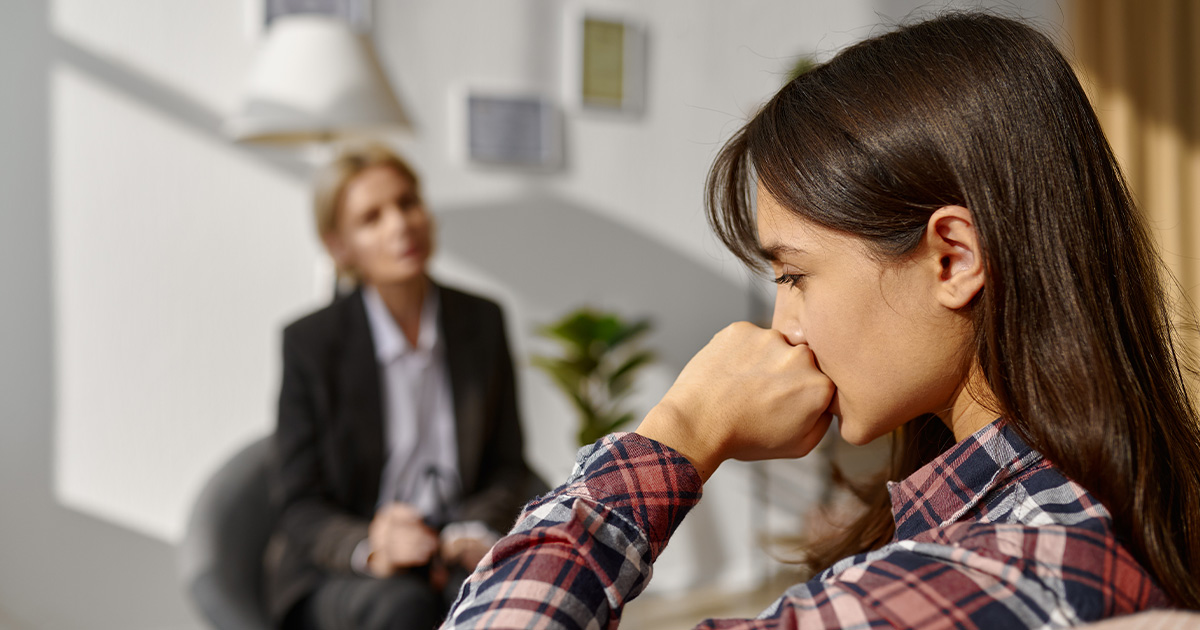 
“Treatment-Resistant Depression” and the Loss of Meaning

Our culture is reflecting many consequences of the “death of God.” A Christian worldview has something powerful to offer in such a time and place, a God who is not only very much alive but Who beat death. Because He did, there is meaning.

Teens are not all right, and there’s an underlying cause—the loss of meaning.

At a recent gathering, Dr. Ryan M. Burkhart, Associate Dean of the Master of Arts in Clinical Mental Health Counseling program at Colorado Christian University, noted that he and other counselors are seeing “treatment-resistant depression and anxiety.” These counselors are seeing more young clients but are not seeing typical therapies bring the same results as in the past.

One mark of this kind of despair is suicide. In the U.S., suicide increased by 30% between 2000 and 2018 according to the Centers for Disease Control and Prevention. That’s pre-COVID-19. By 2020, in the midst of the COVID pandemic, suicide was the runner-up cause of death for ages 10-14. As I stated yesterday, teens who claim they have “persistent feelings of sadness or hopelessness” have increased from 26% percent to 44%. It’s such a concern that last fall the American Academy of Pediatrics deemed the mental health of youth a “national emergency.”

In “The Parable of the Madman,” Friedrich Nietzsche famously declared, “God is dead.” He was not making an ontological claim, in the sense that God once lived but was now dead. Rather, the parable is full of observations of the consequences of a culture losing its divine reference point.

We have killed him—you and I. All of us are his murderers. But how did we do this? How could we drink up the sea? Who gave us the sponge to wipe away the entire horizon? What were we doing when we unchained this earth from its sun? Whither is it moving now? Whither are we moving? Away from all suns? Are we not plunging continually? Backward, sideward, forward, in all directions? Is there still any up or down? Are we not straying, as through an infinite nothing? Do we not feel the breath of empty space?

Nietzsche’s remarkable description of meaninglessness echoes James 1:6: “The one who doubts is like a wave of the sea that is driven and tossed by the wind.” In Nietzsche’s parable, when those secular intellectuals who were gathered about the madman are shocked at his words, the madman proclaims:

I have come too early… my time is not yet. This tremendous event is still on its way, still wandering; it has not yet reached the ears of men. Lightning and thunder require time; the light of the stars requires time; deeds, though done, still require time to be seen and heard. This deed is still more distant from them than most distant stars—and yet they have done it themselves.

Nietzsche penned “The Parable of the Madman” in 1882. Almost a decade earlier, in his “On Truth and Lies in a Non-Moral Sense,” he pointed out that humans, deceived by pride, are limited by language in their ability to know. Decades later, postmodern theorists embraced these ideas and cast a deeper doubt on the ability to know at all. Their ideas first infected higher education, and then most of our society.

Without God, there is no external reference point outside of ourselves. Nietzsche’s description of a world untethered is now a picture of youth untethered. In his words, they’ve been “unchained from the sun,” desperate for meaning, truth, identity, and ultimately, God.

Of course, devout Christians can also struggle with despair, experiencing what John of the Cross described, in the 16th century, as a Dark Night of the Soul. Still, even when God feels distant, it matters that He is there. Where can young people turn in a society that treats God as, at best, an inward feeling and, at worst, not there at all? Apologists and Christian philosophers have discussed the cosmic and personal ramifications of a world without God. They warned that such a world affords no source for meaning. Now, for many, those predictions have become an existential reality.

Behavior modification can treat symptoms, but not the underlying despair. In a Pew Research Center study released last November, only 15% of Americans mentioned faith as a “source of meaning”; outside of the U.S., the percentage drops to 5%.

Members of the mental health community are recognizing the connection between meaningful faith and effective therapy. Last June in Scientific American, David Rosmarin wrote an opinion piece provocatively entitled “Psychiatry Needs to Get Right with God.” In it, he argued that psychiatrists, the least religious of medical doctors, need to integrate spirituality into their treatment. As he put it,

The only group to see improvements in mental health during the past year were those who attended religious services at least weekly (virtually or in-person): 46 percent report “excellent” mental health today versus 42 percent one year ago.

According to the protocols of the mental health community, secular counselors are not to point clients to a particular faith. Still, they must begin to point clients to meaning. Dr. Ryan Burkhart and his students apply Viktor Frankl’s approach to psychology—a theory that encourages clients to search for meaning. Frankl, after surviving a Nazi concentration camp, went on to write Man’s Search for Meaning. In it, he explained that the heart hungers for meaning more than for pleasure. Although Burkhart and his students’ assessment is anecdotal, they are seeing results: Clients are responding to Frankl’s approach.

Our culture is reflecting many consequences of the “death of God.” A Christian worldview has something powerful to offer in such a time and place, a God who is not only very much alive but Who beat death. Because He did, there is meaning.

Dr. Burkhart will speak at the September Lighthouse Voices Series about how we can speak meaning into lives suffering from meaninglessness.