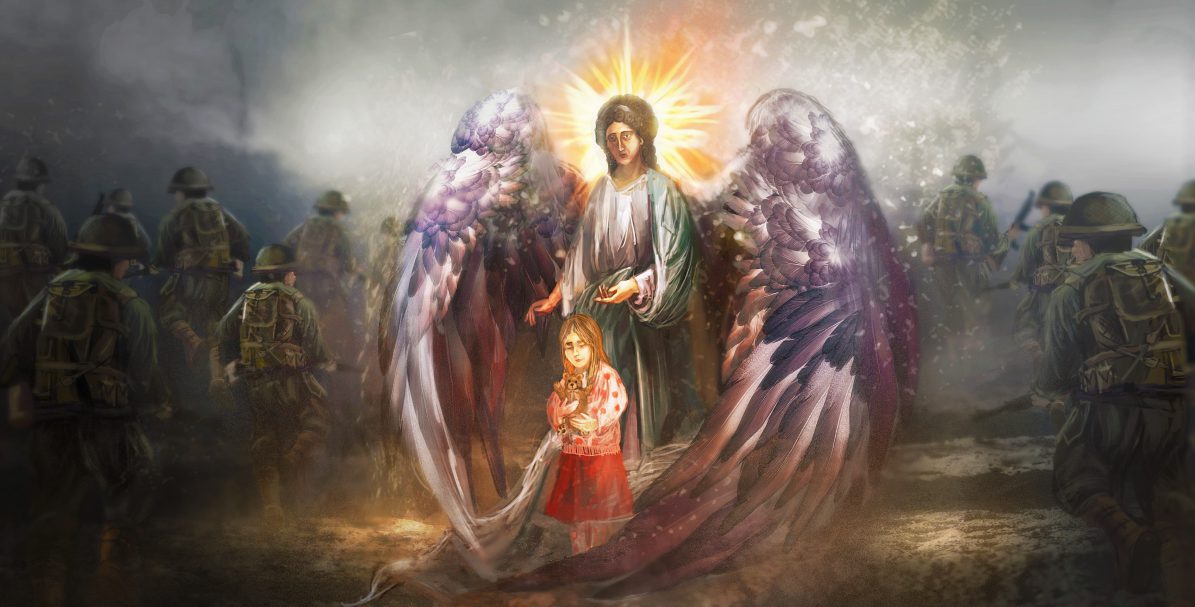 [Editor’s Note: This is the third in a monthly series discussing the relationship between the perennial issue of war and the Christian worldview. Each segment is a partial look at the complex problem. To view the previous article, click here.]

In seemingly every one of its constituent books, we find the Bible as a story of war, with many of its heroes having blood on their hands. This is obvious with men like David, Joshua, and Barak, who spent much of their lives battling the enemies of the people of God. But, let’s not forget that it’s also true of those like Abraham, Moses, and even Esther, who were involved, in either word or deed, with this bloody work.

Some of these wars are held up as the just actions of a moral people, but others are presented with no more sense of endorsement than the Scripture’s equal realism about poverty and disease. We can talk all day long about the moral morasses of Pacifism vs. Just War and the way skeptics use the campaigns of Joshua to malign the Faith, but for a great deal of the biblical text, mortal strife isn’t an ethical dilemma to be solved. War simply is.

We can look at the brief conflicts described in the early parts of Genesis involving the Patriarchs, Abraham and Jacob. In Genesis 14, we see the first of these engage in a large-scale raid on an invading army in order to rescue his nephew, Lot. Undoubtedly, as a de facto sheik leading a large Bedouin host, Abraham would have had numerous occasions to engage in war to protect his people, but this marks the only time we see such an event described in detail. He takes a sizable force of over 300 men in a daring nighttime assault on a much larger, and, presumably, better equipped enemy army, redeeming his kin from the hand of the foe.

Warlike endeavors in Jacob’s day are not nearly so impressive, militarily or morally. In his case, it’s not him but his sons who take up the sword. After their sister is sexually assaulted, Levi and Simeon entrap the offending men with promises of peace, only to kill them while they were, shall we say, incapacitated. This account is presented without comment. Was this an act of justice for their sister’s harm, or was this pure vengeance, unbecoming for men of God?

Skipping ahead to the time of the Judges, we see this same ambiguity. With some of the instances, like those of Barak and Gideon, taking up the sword comes across as in line with the Shalom of God. Other times, with Samson a notable example, the line between justice and vengeance is blurry, to say the least. The book continues this moral declension to the final chapters, where the violence of the people of God resembles more the worst of the godless than any promise of Shalom.

David’s wars, along with those of his successors, are equally hard to quantify. At times, their battles fit quite nicely with the covenant promises to the Patriarchs that their heirs would posses the land. Enemies are driven from Israel’s borders and peace is established, foreshadowing the worldwide empire of David’s Greater Son. Other times, there seems little redeeming about the constant combat, drawing, on occasion, the overt condemnation of the prophets for this royally inspired bloodletting.

Esther may not be the first place in the Scriptures we go to when considering war, focusing, as it does, primarily on courtly intrigues. We can forget that it ends rather violently. If you recall, while their enemy Haman was thrown down, his plan to destroy the Jews was still in place, opening them to the dangers of a proto-Holocaust. Once the tables had been turned, the people of God took their vengeance on their real and would-be oppressors, killing them by the thousands. We may not normally think of it in this sense, but this was a large-scale violent action – a war, and arguably a just war at that.

Such wars are a constant backdrop to the narrative of God’s redemption.

Such wars are a constant backdrop to the narrative of God’s redemption. Again and again, humanity’s hands are raised against their fellows, for justice and vengeance, for profit and glory. It seems as though there is no hope for the world of men, at least from the midst of the world of men.

This is perhaps the greatest lesson of these constant wars. The unending warfare from Genesis to Revelation is not a sign of God’s indifference to human strife, much less His pleasure in it. Instead, it is the recognition that sin’s vile nature makes itself known all too well in this Adamic fratricide.

When we look at the pages of God’s Word and we see the blood of His image bearers splattered all over its pages, we are forced to face the fact that the Fall of man is no mere theological exercise for scholars. The corruption introduced by Adam and Eve will show itself in the lives, and deaths, of those cast from Eden’s idyllic borders. Until the return of Christ, there will never be a time, a nation, an empire, or an ideology where we fully live in peace with one another.

This recurring nightmare of slaughter is a reminder of the true depth of human sin. We can’t plot or plan our way away from what is within us. While never accepting that war is a fundamental good, we must yield to the new normal where Adam’s legacy lives on in us and in our unending antagonism towards one another.

But, even in the face of this violation of God’s Shalom in the pages of God’s Word, we can look in hope to those same words. If we see in the Scriptures this realism concerning human nature, we also see another reality, the greater hope of the promise that Someone is making all things new.

Before Eden’s judgment showed us our dark destiny flowing from our Fall, God promised that the peace He intended would come again. In His first coming to live among us, Christ took upon Himself the violence we had unleashed through our sin. In His second, He will fully remove from us the stain of our sin and the self-mutilating warfare which so often has been the result.

The Prince of Peace will reign at last.