What if What We Saw Yesterday at the Capitol Is Us? - Breakpoint
Give today to learn what it means to be a thoughtful Christian!
Skip to content 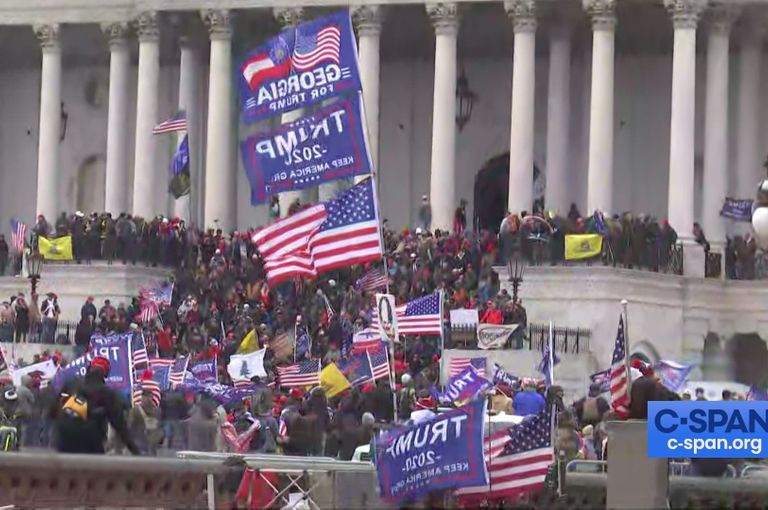 
What if What We Saw Yesterday at the Capitol Is Us?

In the introduction to his book The Content Trap, author Bharat Anand asks readers to consider what caused The Yellowstone Fires of 1988, which lasted for months and destroyed over 1.3 million acres of the world’s oldest, and one of our nation’s most treasured, national parks. The traditional story places the blame on a worker who dropped a single, still-lit cigarette. Anand disagrees.

The cigarette certainly triggered this fire, but a million cigarettes are dropped every single day. That year (likely even that day), other cigarettes and, for that matter, lightning strikes, fell in Yellowstone. Why did this one spark so much damage? Anand’s point has to do with the pre-existing conditions, which made something that is benign in most other circumstances, a trigger for incredible destruction.

Yesterday, as protestors stormed the Capitol, Illinois Representative Kinzinger, a Republican, said, “We (Americans) are not what we are seeing today…” Others remarked how shocking it was to see the sort of political unrest common to other countries, here in America. And, of course, it was shocking.

But we’d better be clear on why. It’s not because somehow Americans, even those who love freedom and wish to protect the remarkable gift that is our nation, are somehow exempt from the Fall. It’s not because America has some sort of Divine pass to last forever. It’s not because the rules that govern nations and civilizations, which have been proven over and over again throughout history, somehow do not apply to us.

In what now seems like an ominous prediction, my friend Trevin Wax tweeted out a quote from Chuck Colson Wednesday morning: “People who cannot restrain their own baser instincts, who cannot treat one another with civility, are not capable of self-government … without virtue, a society can be ruled only by fear, a truth that tyrants understand all too well.”

Colson was right. Another way of saying what he did is, “Character is destiny.” It’s tempting to apply this undeniable truism rather selectively, but it is as true for individuals on “our side” as it is for those on “their side.” It is true for presidents and for peasants. It’s as true about a President “not as bad as she would have been,” who delivers strong policy wins for our side as it is about anyone else. It is true for the narcissist and for the abortionist, for the one who rejects religious faith and the one who uses it for his own ends.

But, and this is the much more important point that many miss, character is destiny for a people as well as for a person. Yesterday, when President-elect Biden said that the actions of the mob did not reflect America, I wish he were correct. But he wasn’t. We are not a moral nation. We are lawless. We are not a nation that cultivates the kinds of families able to produce good citizens. Our institutions cannot be trusted to tell us the truth or advance the good. Our leaders think and live as if wrong means are justified by preferred ends. Our churches tickle ears and indulge narcissism. Our schools build frameworks of thinking that are not only wrong, but foster confusion and division.

Yesterday’s riot was not the first in our nation’s recent history, nor will it be the last. There are certainly immediate causes for what we witnessed, including the words of a President who appeared to care more about the attention the riots gave him than the rule of law that they violated. Still, there are ultimate causes, ones that predate his administration and that have created what is clearly a spark-ready environment.

Yesterday’s events cannot be understood, much less addressed outside this larger context. And the moment we excuse ourselves from being part of the problem, we have lost our saltiness.

Often throughout history, moments like this have been embraced by the Church as an opportunity by God’s people. When a people reach this level of vulnerability, either as individuals, as families, or as nations, it is clear that they are out of ideas. There is no sustainable way forward when the ideological divide reaches this level, not only about how best to reach commonly held aims but when there is no consensus on the aims themselves.

To be clear, civilizations usually die with a whimper, not a bang. America will go on, but we aren’t ok. Even more, the resources once found in various places within our culture to build new things or fix what’s broken are largely depleted. The only way out of the long decline of decadence, punctuated as it is by noisy, scary moments like yesterday, is either, as Ross Douthat wrote, revolution or religious revival.

The story of Yellowstone Park is that now, decades later, it has been largely revived and reborn. Let’s pray that’s also the story of the Church, and even our country.

The Content Trap: A Strategist’s Guide to Digital Change