Where is God in Our Pain? A Review of "Christ and Calamity" - BreakPoint
Skip to content 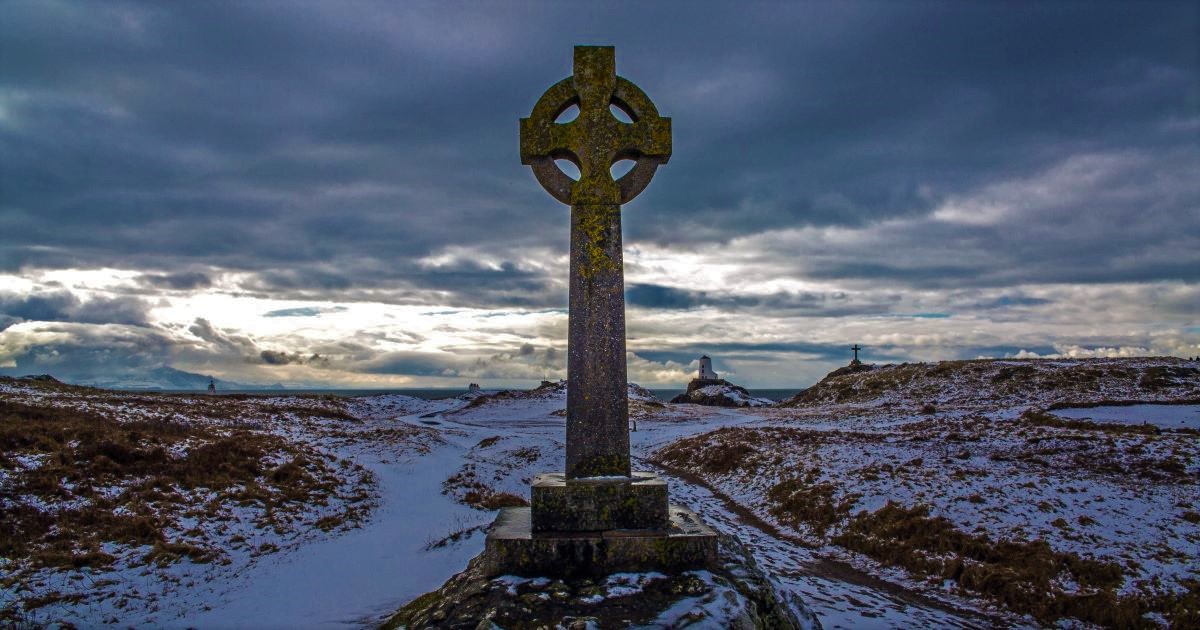 
Where is God in Our Pain? A Review of “Christ and Calamity”

So long as there’s been a people of God, we’ve been wondering where God is when it hurts. A new book has continued this conversation. Christ and Calamity: Grace & Gratitude in the Darkest Valley (Lexham Press, 2020, 149 pages, $9.99) is the latest work by Harold L Senkbeil, a longtime teacher and pastor. This book is free to download through July 2020.

While it starts off and occasionally alludes to the global nightmare that is 2020, it’s a work whose message could have been penned at nearly any time in the last few thousand years: The pains of life are real, but the presence and faithfulness of God in Christ are just as real.

This work is not a theodicy – a defense of God in the face of evil, at least not in any formal sense. You’ll find nothing here that you cannot find elsewhere in a more analytical shape. It is less a matter of proving the innocence of the Creator through syllogisms and exegesis and more an aid to His image bearers in their ongoing experience in this Fallen world.

Perhaps the best word for this work is “meditation.” I don’t mean in the popular sense of the word, derived from Eastern philosophy and religion, where we somehow withdraw from the realities of life. I mean the biblical sense. What you have in this book is a repeated refrain on known principles, a chewing on lasting Scriptural themes, things that aren’t new and aren’t meant to be. It’s an approachable recitation of the eternal message of God to the suffering, something that’s always been known yet always being rediscovered in each wave of pain to cross into our lives.

Just when I think the author has lapsed into a saccharinely sweet evasion of human experience or Christian doctrine, he ties his path back into the eternal truths of the Faith. I don’t mean that he toys with falsehood only to fashion an ephemeral link to fidelity; his point was within the fold the entire time, even if I didn’t at first see it. It echoes the raw edged hope offered in God’s Word and Christian tradition.

This book positively drips with Scripture. Hardly a paragraph goes by without recourse to God’s Word. What’s more, this isn’t done in a proof-texting kind of way, where passages are cited only to prove what the author already thinks. He takes his cues from the story being told in the Bible so that the references alluded inform what’s being argued, not the other way around. Nor is this done in context-less, arid way. It comes across as a conversation from a pastor to his flock, where he is so well-versed in the verses he cites that they flow effortlessly onto the page.

There is a raw realism found here. There are no pat answers to solve the problem of evil in our post-Edenic age. He states at one point, “The cosmic riddle of evil cannot be solved using human reason and our unaided senses. Rather, as we undergo the reality of human calamity and pain, we need to be guided by the Holy Spirit through his word: ultimately, you don’t solve suffering – you endure it,” (p. 56). In line with the classical teaching of Christianity, he rejects both a fatalism towards suffering as well as the fabrication of an absent or incompetent Deity.

He rebukes any attempt to downplay the reality of pain, either in speaking to others or as part of our own internal dialogue. “Christians are not masochists, looking for suffering wherever they can find it to somehow impress God or others. We Christians should take an unvarnished approach to reality. We shouldn’t deemphasize pain or dilute suffering. We ought never call evil good any more than we would call good evil,” (p. 56-57).

Similarly, he wields his pen against the quasi-Stoicism infecting much of Western society and that too often leaks into the Church. We can find a measure of peace in this world, but this cannot come from this world or from our own ability to handle it. And this for the simple reason that we can’t handle it.

[T]his inner peace I’m talking about isn’t just putting on your game face. Prayerful meditation isn’t about pretending everything’s fine when it’s not. It’s not about developing resilience by getting through tough spots using your inner resolve and determination. You can get through for a while by pretending. But you’ll wear yourself out – first emotionally, then physically. Ultimately, you’ll be a spiritual wreck as well, (p. 69).

There’s also no Pollyannaish suggestion that “It’s all okay,” whether it’s the naturalist or pseudo-Christian conceit that “Death is just a part of life.” No, death is the enemy, death is the final act of the Fall, and it is to be hated. It is never to be embraced, but it is not to be avoided either. He echoes the biblical emphasis that we are all like grass; here today and gone tomorrow. At least for the Christian, that is.

Baptized into Christ’s death, you have already gotten death out of the way. You might say the grave has been defanged. All death’s power to destroy has already been annihilated by Jesus’ death and resurrection, (p. 104).

Sometimes his counsel moves out of the theologically meditative and into the practical. Don’t get me wrong. There’s a great deal of philosophizing and careful study of Scripture, but there’s also a place for practices intended to wring us from our self-reflection and into a conversation, of sorts, with God’s Word. And he means this literally, suggesting to his readers in their times of despair that they find a quiet place and read the Bible out loud. “Open up your Bible, and read aloud the words of Jesus. His words are Spirit and life,” (p. 95).

His answer to life’s pains is never to ignore them or use mental tricks to make them seem to disappear. Rather, it is, as the Church has taught down through the ages, to turn to Christ and His Word. We can accept the reality of our suffering while rejecting its normalcy. Seeing it for what it is, an aberration of God’s good plan for His world. What is more, our suffering is not alone. We can take real comfort in Christ’s incarnation as His adoption of human nature grants the hope that He knows what we suffer and is, even now, working at redeeming His people.

You and I describe things with our words, but God’s word makes things. That’s what sets God’s word apart from human language. I can tell you “don’t worry,’”but that doesn’t mean a lot. When Jesus says, “Come to me, all who labor and are heavy laden, and I will give you rest,’”he actually lifts our burdens, calms our weary souls, and soothes our frazzled hearts (Mathew 11:28). The difference, of course, lies in who is speaking. I’m just a person like you, but Jesus is actually God in human flesh. And that makes all the difference in the world. – p. 68

Senkbeil speaks as a man full of years and of the wisdom that so often comes from those years. But, such wisdom doesn’t come unless those years are also filled with experiences of up and down, with the downs often being more cultivating for wisdom than the ups. Those of us who are somewhat younger may not achieve the fullness of such wisdom without those downs, but we can learn from the experiences of others who’ve gone through it all and come out the other side with their faith intact.

I highly recommend this little book to anyone, whether you’re in the midst of suffering or simply readying yourself for its arrival.