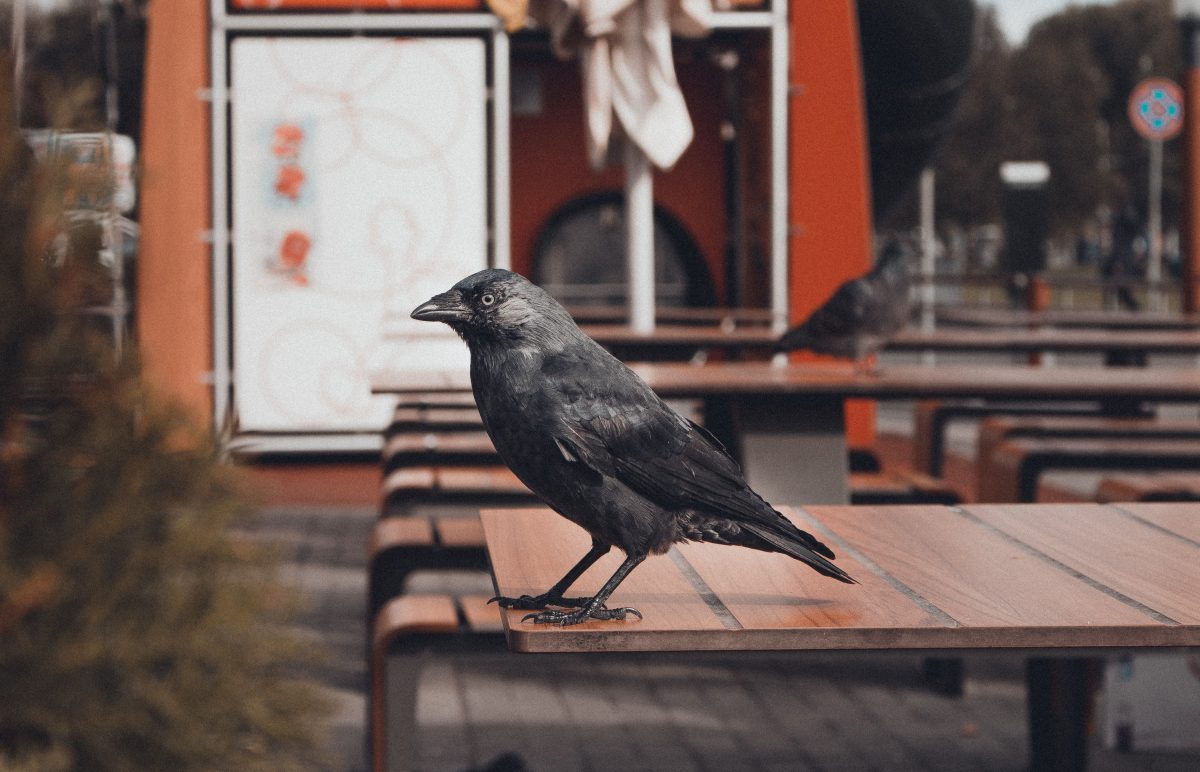 
Why the Idea of Human Exceptionalism Ruffles Feathers

Crows are pretty clever creatures. This is part of the reason they figure so prominently in mythology as messengers and tricksters. Crows are smart, as far as animals go. Their problem-solving abilities are impressive, as long as the problem being tackled has to do with food (which is the key factor of the whole “as far as animals go” part).

C.S. Lewis once observed that the most important philosophical statement of all time was, “In the beginning, God,” because, if that were true, the universe is a different place. Even crows are different. The belief in God is often the difference between marveling at the beauty and design displayed in animal intelligence and seeing animal intelligence as proof that there is nothing special about humans.

A recently announced study of crows’ basic sensory awareness is a case in point. While “measuring brain activity in crows performing a visual task,” researchers came upon activity they believed to display “another layer of awareness.”

What they found was, essentially, unexpected neuron activity. What they concluded, however, was “that these two layers of perception constitute a form of what humans call subjective experience,” or in other words, consciousness.

After speculating about the possible consciousness of crows, the authors then shifted from science to philosophy. “Humans,” they wrote, “have tended to believe that we are the only species to possess certain traits, behaviors, or abilities, especially with regard to cognition. Occasionally, we extend such traits to primates or other mammals—species with which we share fundamental brain similarities. Over time, more and more of these supposed pillars of human exceptionalism have fallen.”

To say that “supposed pillars of human exceptionalism…” is a loaded phrase is quite an understatement. What it’s loaded with, of course, is a worldview, one which motivates both this research and these researchers to scientifically justify knocking homo sapiens sapiens off its pedestal.

Worldviews function like glasses. We rarely think about them, but we always think with them. A false worldview, such as materialism, offers both an explanation of reality (in this case, that the material world is all there is and that there’s nothing metaphysical about us to set us apart as unique from other animals) and provides the lens through which we formulate interpretations of reality. Or, in this case, crow research.

What’s at work here are worldview assumptions. Scientists who assume that human exceptionalism is a religious hang-up will see any animal spotted resembling human behavior as evidence that there’s nothing exceptional about humans. A classic example is the “mirror test.” An animal, such as a chimp, a dolphin, a cat, or even a fish, seems to recognize itself in a mirror, and it’s taken as proof of self-awareness. The problem is, as an evolutionary biologist Alex Jordan put it, “Honestly, the test [stinks].” No one knows what is going on when animals stare at their reflection. Calling it “self-awareness” is, as Jordan puts it, “a stretch.”

Nevertheless, scientists continue exploring animal behavior and cognition, and make their determinations of what they are seeing, not from a commitment to science or animal welfare, but to a materialistic worldview.

This same commitment to disproving human exceptionalism, as my colleague Shane Morris has pointed out, is also at work in the search for extraterrestrial life. We are often led to believe that “any day now,” conclusive evidence will demonstrate that we are not alone in the universe. The urgency of the breathless reporting is instructive. Partly assuring lonely Earthlings that we could have a plan B if we destroy our planet (an idea also chock full of worldview assumptions) and partly pointing that life could evolve elsewhere, the end result is that the inherent dignity of human beings is compromised.

The view that best corresponds to reality is the biblical view, described by the audacious proclamation of Psalm 8, that humans were created “little less than God . . . and crown[ed] with glory and honor,” and the audacious job description described in Genesis, that humans have “dominion” over all creation, including the “birds of the air.”

Why Does Science Embrace the “Talking Animals” Myth?

What do mirror tests test?

The Loud Message of a Quiet Universe