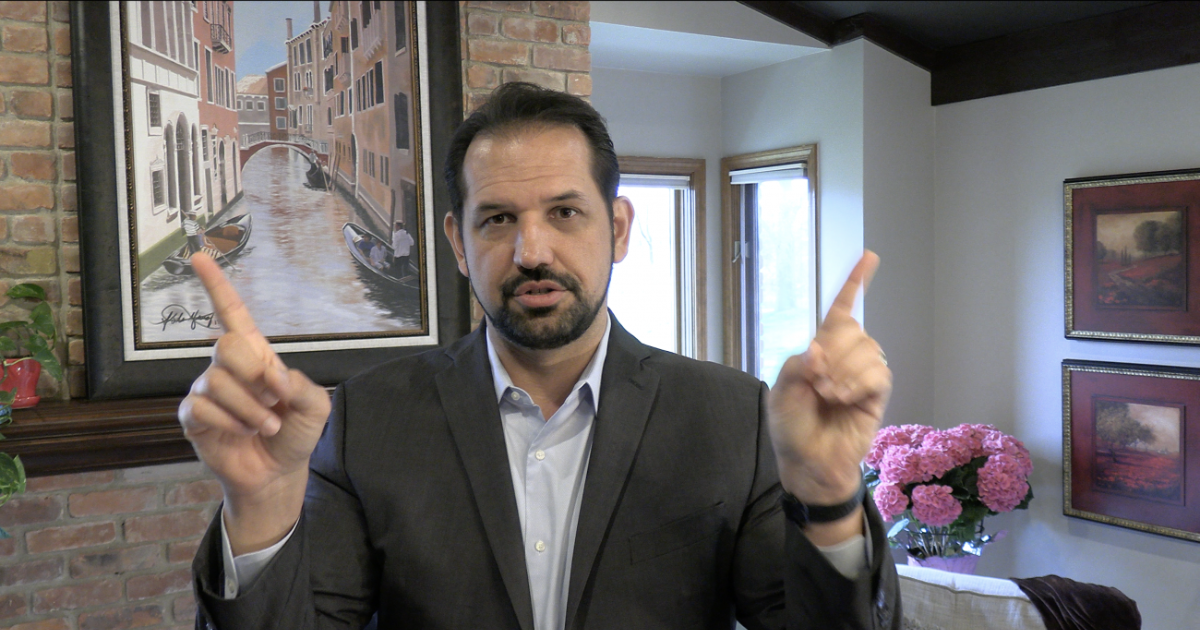 
Abdu Murray on “Seeing Jesus from the East”

The outstanding new book by Abdu Murray and the late apologist Ravi Zacharias, entitled Seeing Jesus from the East: A Fresh Look at History’s Most Influential Figure, unlocks the Eastern backdrop of the Scriptures, and especially Jesus. After all, Jesus entered human history as a First-Century Middle Eastern Jew.

And that’s no accident, according to the Scriptures. From Genesis to Revelation, God reveals Himself as a God concerned with time and place, most notably in Galatians, where Paul tells us that God orchestrated the incarnation at just the right time and in just the right place in human history.

Understanding that time and that place in which Jesus Christ entered human history is an incredibly helpful tool in understanding Him. However, that time, that place, and that culture can seem mysterious and even inaccessible to Western Christians, which is why this new book by Ravi and Abdu is such a gift.

Last week, Abdu joined me on a Colson Center webinar to talk about the book, which was the brain-child of the late apologist and former Muslim Nabeel Qureshi. You can listen to the whole webinar at BreakPoint.org, but I’d like to share with you an excerpt of Abdu sharing the moving story about how this book came about. Here is Abdu Murray:

There’s something people often miss, when they miss Jesus’s easternness. So Nabeel approached Ravi and said we really need to recapture this. Not only to speak to Westerners about why they should care about how Eastern Jesus is but also to speak to Easterners so they can see that Jesus is not the icon of sort of a white imperialistic religion. He’s them. He speaks their language. That was Nabeel’s idea.

And so Nabeel crafted a proposal. Ravi accepted and wanted to do it, but before Nabeel could put pen to paper he was diagnosed with stomach cancer . . . And then of course, the Lord took him home.

Ravi called me some months after as we were both mourning, and he said “I really want you join me on this project, taking up the mantle from Nabeel. It would really enhance the project. I come from a Middle Eastern background and Ravi came from an eastern background. And of course, I am a former Muslim yourself.

It took me no time to answer “Yes!”

I did ask Ravi, “Is it OK with you if I call Michelle, Nabeel’s wife? I do want to get her permission. I know we don’t need it. But I do want to get her blessing,” which is a very eastern thing to do. Ravi understood immediately. And of course, she was enthusiastic because she wanted to see her late husband’s work come to fruition and be out there because this was a project that was near and dear to Nabeel’s heart. And it was a project near and dear to Ravi’s heart.

So I sit here now talking to you from a place where we dedicated the book to Nabeel. And so strangely, I think about it now, Ravi wrote, and I wrote with him that this book is about seeing Jesus from the East. And we wrote how Nabeel must be smiling, seeing Jesus so clearly and how little we actually know now. And now, of course, Ravi joins Nabeel.

Now they’re both smiling. Maybe they even guffawing and laughing about how little we actually know about the Jesus they are seeing face to face.

That was Abdu Murray, during last week’s Colson Center webinar, talking about Seeing Jesus From the East. The whole webinar is available to view by the links below.

Seeing Jesus from the East offers great insights on the importance of stories and symbols in Eastern culture, the power of the “honor and shame” mentality that pervades the East, the meaning and rewards of sacrifice, the role of teachers and prophets within a wisdom-oriented culture, and – my favorite – the use of parables in the East. Understanding these things will unlock the Biblical witness about Jesus Christ.

You can receive a copy of Seeing Jesus from the East with a gift of any amount to the Colson Center during the month of July. Simply go to BreakPoint.org/July to receive your copy.

Abdu Murray Webinar on “Seeing Jesus from the East”

“Seeing Jesus from the East”

Get your copy of Seeing Jesus from the East