Christian Schools Should Be Thoroughly Christian (and not just for legal reasons) - BreakPoint
Join us in helping to equip and renew the Church with a Christian worldview by giving before our fiscal-year ends!
Skip to content 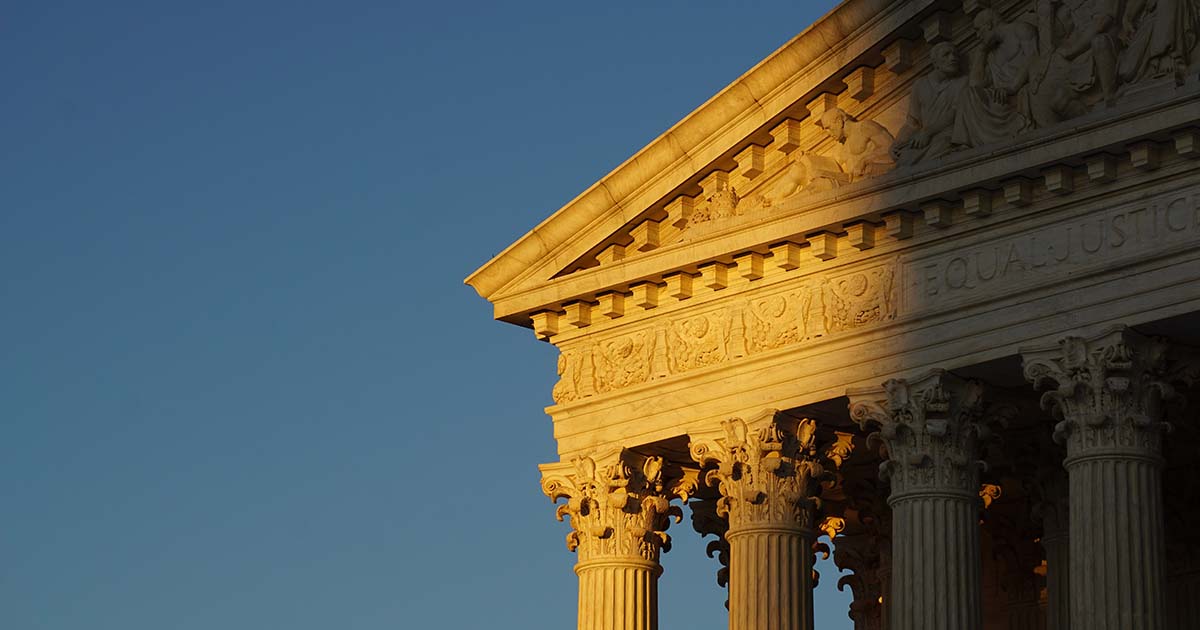 Last week, a U.S. District judge ruled against a Catholic school that had fired a male teacher for announcing that he planned to marry his male partner. Coming from a judge notably progressive on sex and marriage issues, who cited last year’s consequential Bostock decision, this wasn’t much of a surprise. However, a significant part of his reasoning was: the Catholic school was not Catholic enough.

Here’s the story. In 2014, a male substitute drama teacher at Charlotte Catholic School announced on Facebook that he planned to marry his male partner. The school argued that his post showed open disregard for the teachings of the Catholic Church and amounted to activism, which the school prohibits. In response, they fired him. At roughly the same time, a female teacher announced on Facebook that she was engaged to her male partner. She was not fired because neither her post nor her marriage violated the teachings of the Catholic Church.

This is where the 2020 Supreme Court decision in Bostock vs. Clayton County comes in. In his majority opinion, in a bit of rhetorical jiu-jitsu, Justice Neil Gorsuch determined that Title VII of the Civil Rights Act of 1968 protects sexual orientation and gender identity along with biological sex. Although, wrote Gorsuch, “homosexuality and transgender status are distinct concepts from sex… discrimination based on homosexuality or transgender status necessarily entails discrimination based on sex.”

Gorsuch’s sleight-of-hand was clearly bad news, it wasn’t exactly clear how bad until U.S. District Judge Max Cogburn applied Gorsuch’s principle from Bostock in his decision in the Charlotte Catholic case. According to the judge, because the school objected to the drama teacher’s announcement that he was marrying a man, but did not object to the female teacher’s announcement she was marrying a man, the school discriminated on the basis of sex.

With this kind of legal precedent in place, only one protection remains for employers that believe biological sex is a distinct category, but sexual orientation or gender identity are not: a religious exemption. So, why wasn’t Charlotte Catholic, a religious institution, protected in this case by a religious exemption?

This is where this decision gets very interesting. According to Judge Cogburn,

With a slightly different set of facts, the Court may have been compelled to protect the church’s employment decision…Importantly, Charlotte Catholic discourages teachers of secular subjects from instructing students on any sort of religious subject. [emphasis added] The school asks that teachers who teach secular subjects refrain from instructing students on Catholic Doctrine. (Doc. No. 28-5 at 28). Secular teachers do not have to undergo religious training, do not have to be Catholic, and do not have to be Christian. (Doc. No. 28-3 at 58). The administration at Charlotte Catholic does not know the percentage of teachers at the school who are Catholic and does not ask if candidates are Catholic during job interviews.

In other words, Charlotte Catholic failed to be Catholic enough. By dividing subject areas into “secular” and “religious” categories, the school effectively divided educators as “secular” or “religious.” This was, especially in the wake of Bostock, a serious tactical mistake.

Even worse, to divide subject areas and educators into “religious” and “secular” is, for any Christian educational institution, a serious worldview mistake. Father Richard John Neuhaus once said, “If what Christians say about Good Friday is true, then it is, quite simply, the truth about everything.” For any institution committed to forming students in a Christian worldview, there is simply no such thing as a “secular subject.” Every subject—from science to geometry, dance to drama, religious studies to social studies—is part of God’s Creation, informed by God’s revelation, and within the scope of Christ’s work of redemption. Thus all subjects, for the Christian, are “religious.” This also means, for a Christian school, there’s no such thing as a “secular” educator, either.

That’s always been the theological imperative for those whom God has called to educate. It just so happens; it’s now a legal imperative, too.